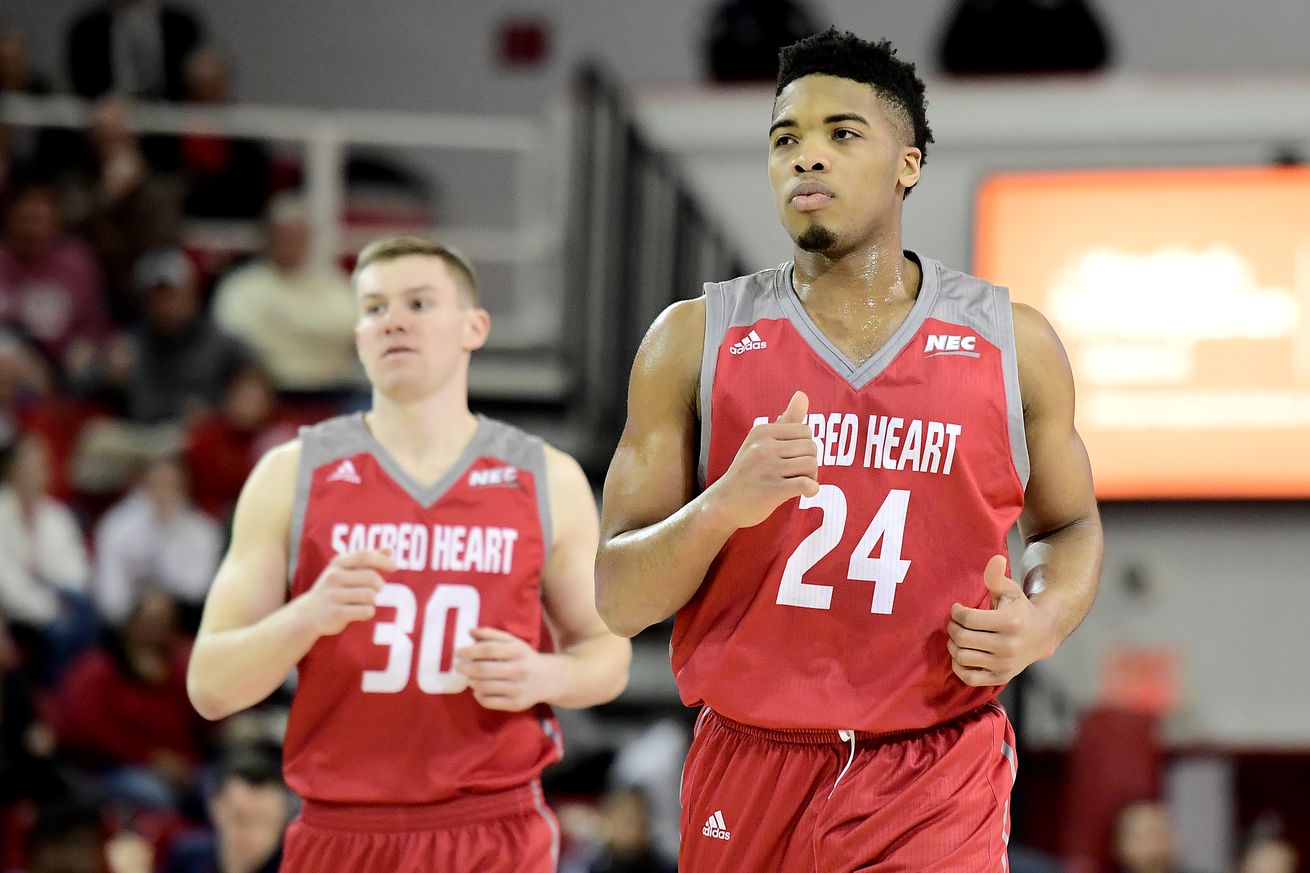 WE HAVE BASKETBALL NEWS, AND IT’S NOT ABOUT GAMES AND/OR SEASONS BEING CANCELED.

Graduate transfer EJ Anosike announced that he’s transferring to Tennessee for his final season, and he fills a need for next season’s team. Terry talked some about that in his post — and you should absolutely go read it.

There’s a lot of incoming talent at guard and on the wing, but the post was going to be an area of concern next season — just like it was last season.

Even though Anosike isn’t that tall — he’s listed at just 6-foot-6 — he’s got a big frame and looks pretty athletic for a guy who weighs close to 250 pounds. Here’s an example.

Sacred Heart transfer EJ Anosike commits to Tennessee over Gonzaga, Louisville and others.

This is just one play, and it’s called a highlight for a reason, but this gives you a glimpse at what Anosike brings to the table. I usually like to watch the play all the way through once or twice so I have a good scope of what’s happened when I go to break the play down further.

The guard drives and kicks the ball out to the shooter standing in the corner on the far side of the floor. Anosike is no. 24 in grey, and I’ve got him boxed in green so he’s easy to pick out. The defense is sleeping — there’s nobody even near him. If I’m coaching the defense, I’m pretty mad right now that none of my players thought put a body on the guy leading their team with nearly 12 rebounds per game. That kinda thing just can’t happen.

Here the ball is in the air, and Anosike is tracking toward the basket. Again, there’s nobody near him. No. 23 in blue isn’t touching anybody, and no. 42 in blue is the second body on no. 25 for Sacred Heart. It’s poor spacing and even worse awareness from the defense, so naturally Anosike takes full advantage.

This is the result. Poor no. 23 for the defense manages to get in the way just enough to end up on the business side of Anosike’s put-back dunk. Poor kid. Wrong place, wrong time.

And there’s poor no. 23 again, flailing around and ending up on the floor. Ouch. You know that one hurt his pride.

This doesn’t really have much to do with anything, but here’s an adorable picture that looks like it’s from sister Nicky’s senior day. I’m guessing that’s little EJ up front, cheesing. LOOK AT THOSE CHEEKS.

Breaking: Tennessee lands one of the top-available transfers, Sacred Heart transfer EJ Anosike, he told @Stockrisers. “I always grew up wanting to play basketball at Tennessee.” He talked his decision & playing for the same school his sister did. | Story: https://t.co/ow0l1lbrhs pic.twitter.com/IRz5MdJmTN

Anosike looks like he’s going to fit in well down low with returning post players Yves Pons and John Fulkerson. At his height, the comparisons to former Vol Grant Williams will come, but Anosike and Williams don’t have the same game just because they’re both around 6-6. Williams was a polished interior scorer who used his strength and finesse to score inside pretty much anytime he wanted. It looks like Anosike has some post moves, but a lot of his buckets come in transition or on second-chance opportunities where he uses his athleticism to clean up around the rim.

And, apparently, he really likes to dunk the ball. That’s cool. I know if I could dunk I would do it LITERALLY ALL THE TIME.

I can already see Vescovi throwing the no-look pass to Anosike as he flashes into the paint and then obliterates the rim with a thunderous dunk… and Thompson-Boling Arena goes nuts.

It’s going to take some time for Rick Barnes and staff to figure out the rotation — there’s a bunch of new guys coming in, and who knows how they’ll adjust to college ball. But with Anosike, it looks like Tennessee is getting some ready-made production in the paint.