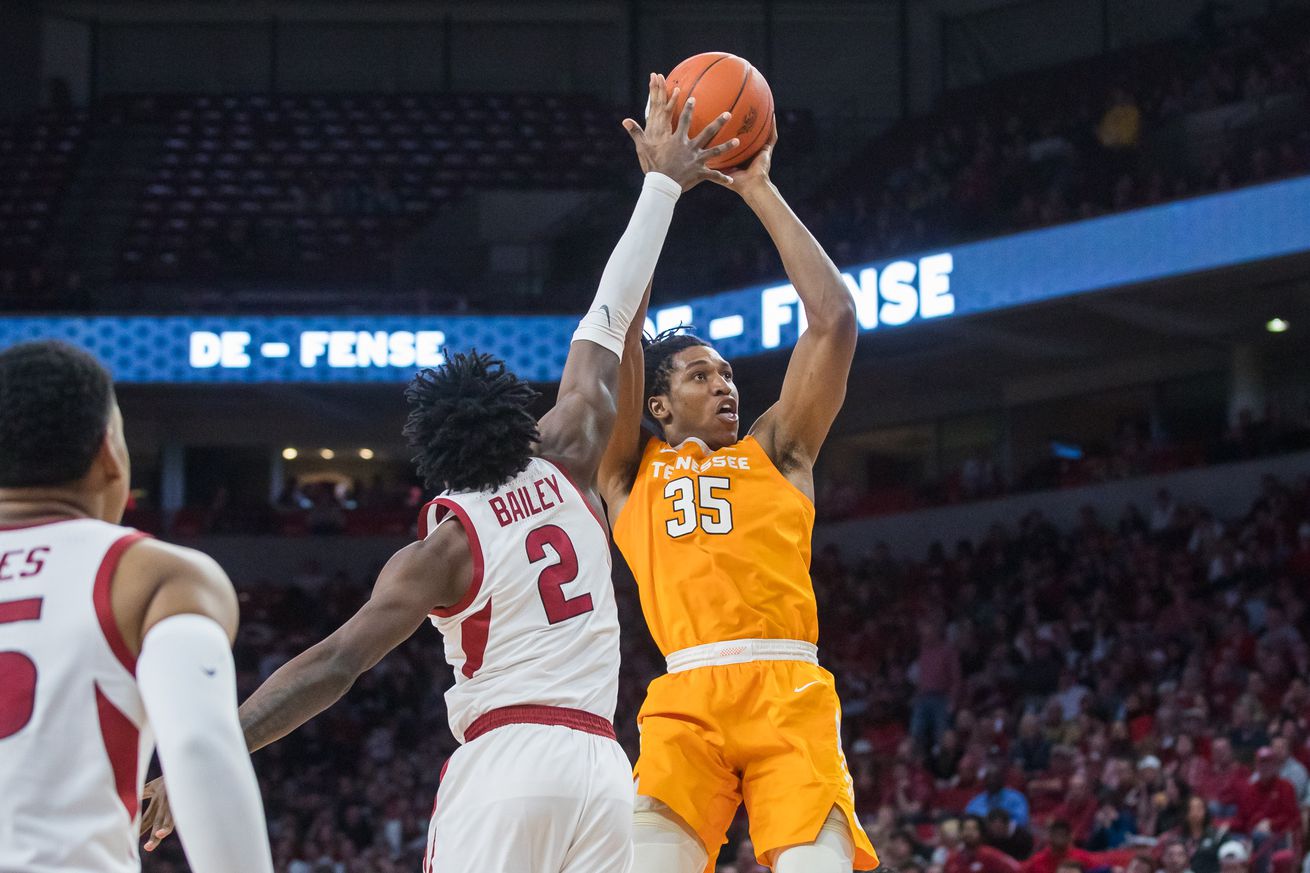 In anything but a typical offseason, Rick Barnes has managed to keep the Tennessee roster together. His biggest piece of news came when forward Yves Pons announced that he was returning for his senior season. Pons, who oozes athleticism and defensive ability, has been on the NBA’s radar for some time.

With so much uncertainty surrounding the upcoming season, it would have been understandable for Pons to go ahead and move on to his professional career. But that’s not the route he chose. After declaring, Pons gathered information and talked to NBA teams about what he needs to do to improve his stock. At the end of the day, Pons opted to return to Tennessee to finish his college career.

“We always want guys to get all of the information they can, and there’s so much unknown this year,” Tennessee head coach Rick Barnes told the media on Monday. “There’s so much uncertainty. When you think about it, when players were allowed to have agents the past couple of years, the agents are going to do everything they can, I think, to get them to go into the Draft. With that said, there were some people at that point in time talking about how there’s not going to be college basketball or college football season. The NBA backed everything up. It’s not a typical year.”

Pons’ decision to return will allow him to play one more year as a significant contributor, something he did for the first time as a junior. Pons shifted down to more of a power forward role, exiting his wing/guard role that he played as a freshman and sophomore. The results? Pons was named the SEC’s defensive player of the year.

The 6-6 hybrid forward blocked 2.4 shots per game last season and averaged over ten points per contest. Pons connected on nearly 35 percent of his three-point attempts, which is something that can certainly make him more valuable to NBA teams next year. That offensive production saw a big jump in 2019-20, now Pons likely knows that another jump is the key to improving his NBA prospects.

“The one thing we knew with Yves is that he’s a very well thought out person,” Barnes continued. “I do think that every NBA team that interviewed him was more impressed after talking with him because they understood what we know, with how hard he works, his commitment and how much better he wants to get every day. He’s hearing it from a lot of different people, but Yves thought it out with his circle of trust and his people back home, and in the end, he’s coming back. Is he a difference maker? Absolutely. He’s improved. He has. I think this year is going to give him a chance to walk into the NBA from the front door. I believe it. The growth he’s made and will continue to make because he works. He’s got a chance to really be in that league for a long time.”

Pons fits as a classic 3-and-D type that could play an immediate role off the bench. However, for this year, he’s an important leader on this Tennessee roster. He’s a classic case of Rick Barnes’ ability to develop players, taking Pons from someone who couldn’t find the floor to a double-figure scorer and defensive juggernaut.

2020-21 sets up for Pons’ biggest opportunity yet — let’s hope he gets a somewhat normal looking season to further prove himself to the NBA.