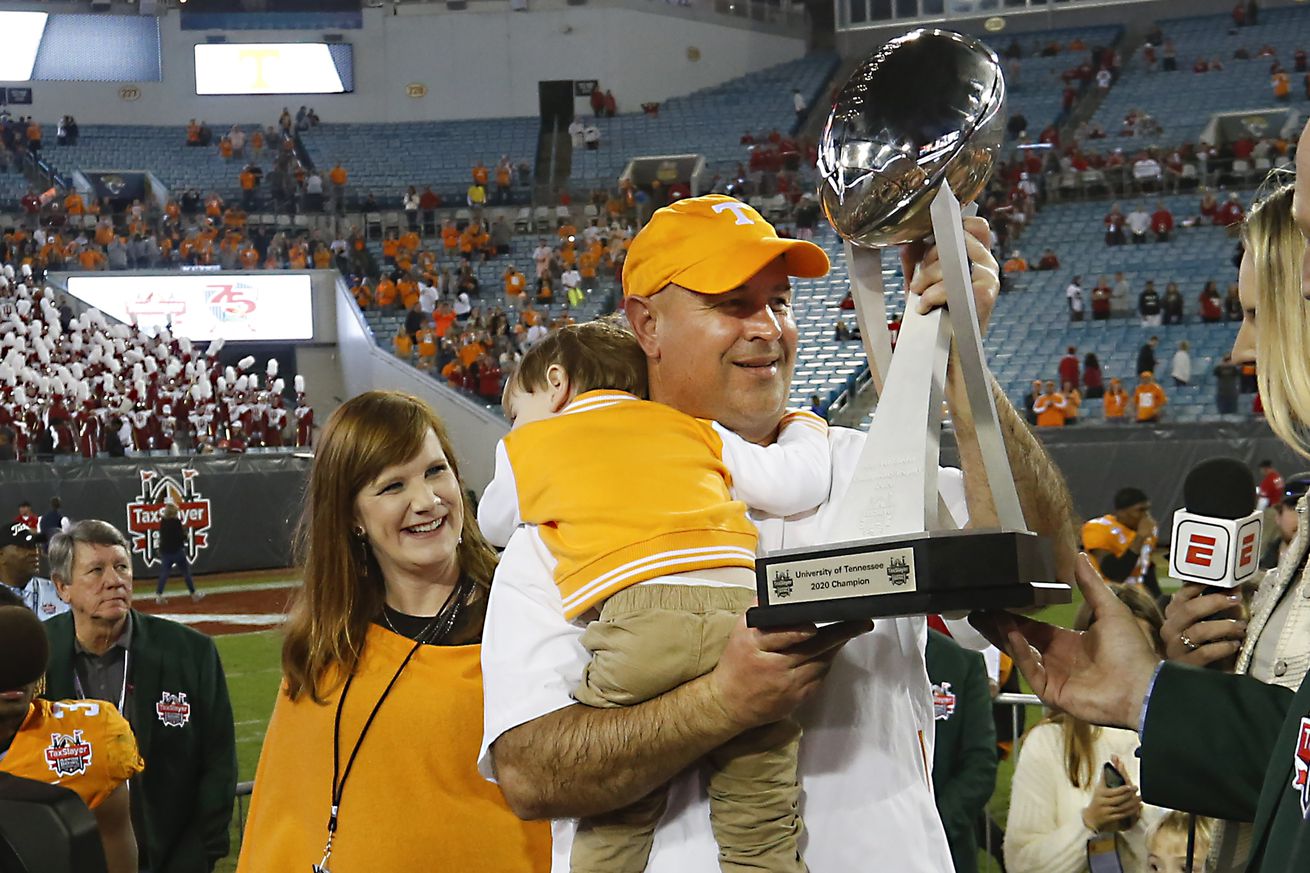 It’s April and we’re in the middle of a quarantine due to the spread of the coronavirus — the last thing on your mind is college football’s bowl season. Heck, let’s just hope we get to that point this winter. But we’re going to talk about it anyways.

In the first batch of College Football News’ 2020 bowl projections, Tennessee is slated for an unfamiliar bowl against an opponent that they haven’t seen in a long time. CFN placed the Volunteers in the Texas Bowl against the TCU Horned Frogs.

The game would be played in Houston at NRG Stadium. Texas A&M beat Oklahoma State last season in the bowl, recreating an old Big 12 matchup. Tennessee hasn’t played TCU since 1976. They’ve never appeared in the Texas Bowl, which has had an SEC tie-in since 2013.

Tennessee rallied from a 2-5 start to finish at 8-5 overall, capping their season with a dramatic Gator Bowl win over Indiana. It was Tennessee’s first bowl appearance under Jeremy Pruitt, the program’s first since a 2016 Music City Bowl win.

They’ll be entering 2020 looking for more, returning a veteran team that is now in year three of the current regime. The problem is, they have a difficult next step forward. Alabama, Georgia, Florida and LSU are still a cut above the rest in the SEC — hence the conservative projection from CFN.