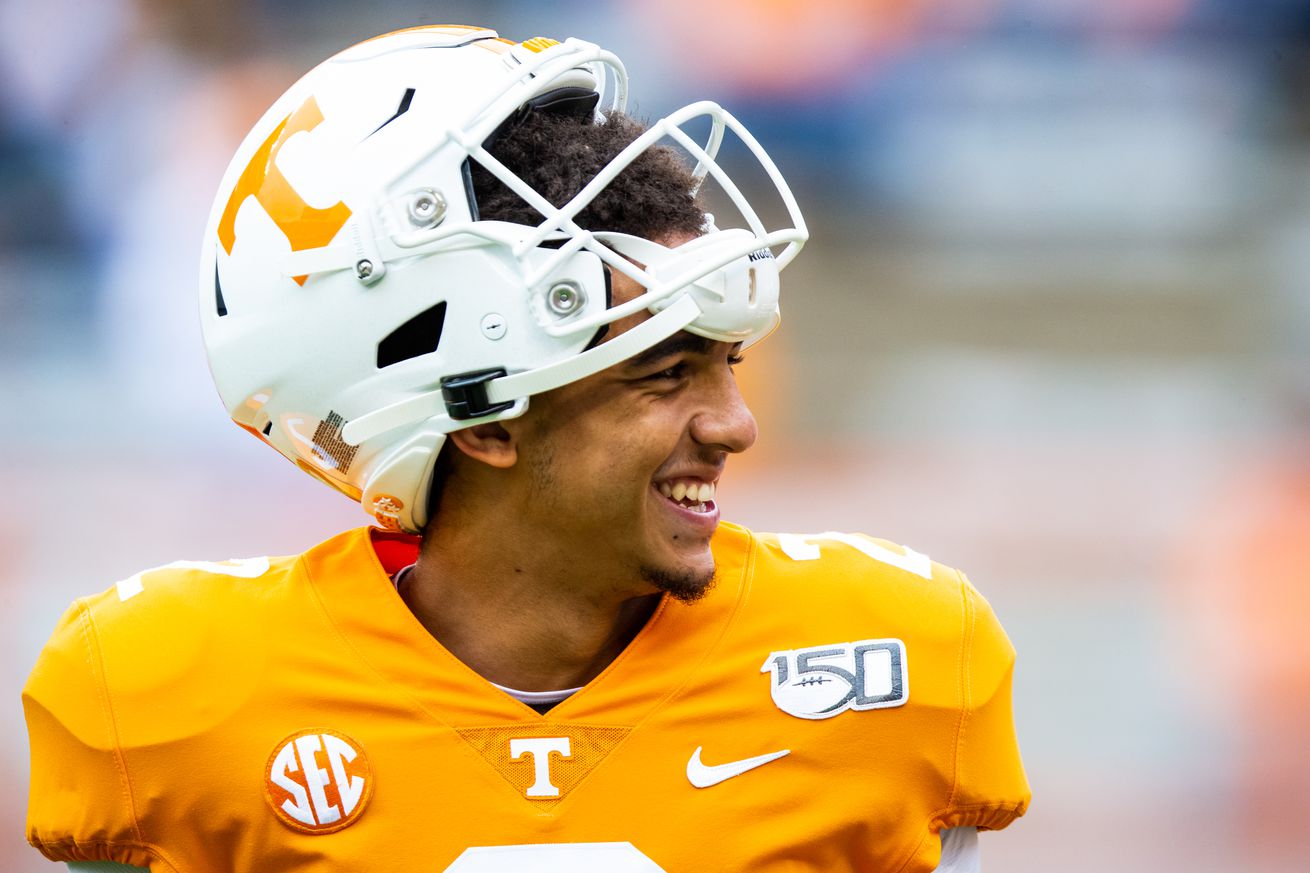 Making sense of these confusing tweets

On March 10th the Tennessee Volunteers took to the practice field to begin their on-field preparation for the 2020 football season. The one question on almost every fan’s mind as the team entered spring camp was, who on earth would quarterback this team? The competition was expected to last deep into fall camp, so no one really expected a final answer to this question at the conclusion of the annual Orange & White Game. But, the hope was that when the team broke camp for the summer the picture at football’s most important position might be a little less cloudy for the Volunteers.

Despite losing valuable practice time with the team at least one quarterback has continued to work on his craft: beleaguered veteran Jarrett Guarantano. It appears that Tennessee’s ‘sixth man of the year’ has returned home to New Jersey and is training with quarterback coach Tony Racioppi.

Now, this is nothing new. Guarantano has trained with Racioppi in previous off-seasons, and there are numerous tweets just like the one above to prove it. And every time I read such a tweet I have the exact same reaction.

What the hell is that guy saying?

No disrespect intended to Coach Racioppi whatsoever. He is a former player, long-time teacher, and current coach at the Manning Passing Academy. Quite the resume. Clearly he has a wealth of knowledge on all things quarterback play.

Let’s go line by line and try to dissect what exactly is going on here.

Okay, so we start off with the subject, Jarrett Guarantano. That seems pretty straightforward. He’s “working Gun 5,” which is to say that he is operating from the shotgun alignment and using a five step drop on this particular play. So far, so good.

The “Quick” refers to the type of pass play being run in this case. There are many different types of passes — i.e. boot, sprint out, play-action, etc. — all of which require varying techniques. I’ve circled “Quick” in this bright pink so we remember to come back to this in a moment.

“playing Seam” is referring — I think — to Guarantano’s read progression on the play. He begins by looking at the seam, and then progresses to the outside route. I’m taking a little bit of a guess here since there are no defenders present to read, and no receiver actually running a seam, but just go with me.

“dropping back foot to middle” is describing the location where Guarantano is to drop. His back foot is to be in the middle of the pocket. This differs from the ‘dovetail’ mentioned in other tweets where the quarterback’s footwork takes him slightly in one direction or another.

Okay, this is where things get a little bit messy. “Reset” here refers to Guarantano gathering his feet at the top of his drop. He takes a small hitch forward, then throws. Most people simply call this a hitch, but I’m fine with calling it a “reset.”

“15yd Hinge” describes the route being run by the wide receiver. Let’s revisit the word circled in pink from the second picture: “Quick.” I don’t know of too many routes that go 15-yards down the field, and require a 5-step drop with a “reset,” that can be described as quick. But, I’m not too worried about it. Tennessee’s offensive line this year is going to be elite in 2020. Time obviously won’t be a factor, so we’re safe to just ignore that.

Finally we come to “Univ of Florida WR.” That doesn’t take a lot of brain power to understand, but it raises a red flag for me. Is our quarterback going to spend more time in the off-season throwing to Florida players than his own teammates? At least he’s doing it with “elite velocity?”

Alright, let’s reconstruct this in a way that makes a little more sense to the common fan:

“Our guy dropped back to pass and threw it right to a Florida player.”

You know what? On second thought, I think I like Coach Racioppi’s version way better. And I’ll be damned if I don’t let it get me excited about the season that starts over five and a half months from now.

Give me all of the “dropping back foot to dovetail release” videos you’ve got, Coach. 102,454 of my closest friends and I desperately need them.