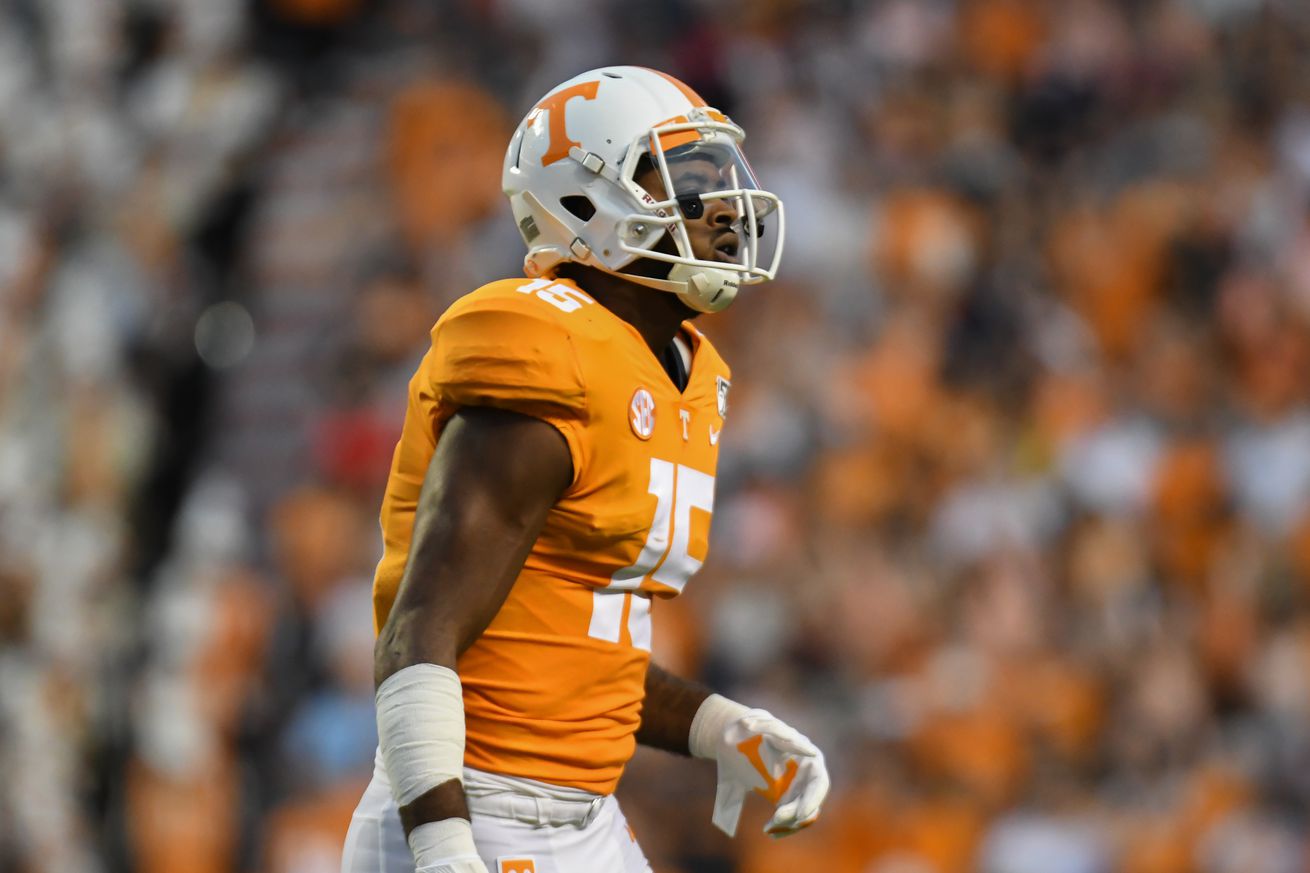 We don’t need NFL scouts to tell us their concerns about Jauan Jennings. Every question they have after a disappointing NFL Combine can be answered by popping on his tape from this last year.

Playing in an offense that isn’t all that friendly to pass catchers right now, Jennings dominated SEC defenders on his way to a standout senior season. The 6-3, 215 pound receiver caught 59 passes in 2019, going for 969 yards and eight touchdowns. But more than the stats can show, Jennings showed several examples of dominance on the field, despite his limited measured athleticism.

His best traits are his mentality and physicality, both of which should find him success at the NFL level. Barrett Sallee, a college football analyst for CBS Sports, dished out a big comparison for the former Volunteer. Sallee comped Jennings to Mike Evans, the three-time pro bowler for the Tampa Bay Buccaneers and former standout at Texas A&M.

“The size stands out. The guy is a mismatch in every sense of the word, but the biggest aspect of his game that will be an asset at the next level is his leadership. He got that crew to play for Jeremy Pruitt after that disastrous 0-2 start. Without a doubt, Pruitt points to him as one of the biggest reasons why that season did not turn into a disaster.

“He rounds off his routes, he will have to work on that. He’s not sudden, he’s more strong. At the next level, he compares to a guy like Mike Evans. I think Mike Evans and Jauan Jennings both have similar traits coming out of the SEC. Mike Evans developed into a star. We’ll see if Jauan Jennings can do the same.” — Barrett Sallee, CBS

Evans stands in at 6-5, 225 pounds. His ability to go up and get the football over defenders has always stood out, hence the comparison for Jennings.

I’ll always wonder what could have been for Jennings, who was forced to play in an offense with subpar quarterback play and really bad offensive line play early in his career. Still, Jennings was able to become a Tennessee legend, delivering iconic moments to beat Georgia and Florida. He was at his best during his senior year though, finally putting up the numbers that he’s always been capable of.

Does the Evans comp fit? I can see it. One comparison for Jennings that has always stood out to me more has been Anquan Boldin. Like Jennings, he ran a 4.7 in the 40 yard dash. But he always had that physicality to him, making his 6-1, 220 pound frame unique in the league.

Jennings will find out his NFL destination next month in the NFL Draft, which will be held from April 23-25.