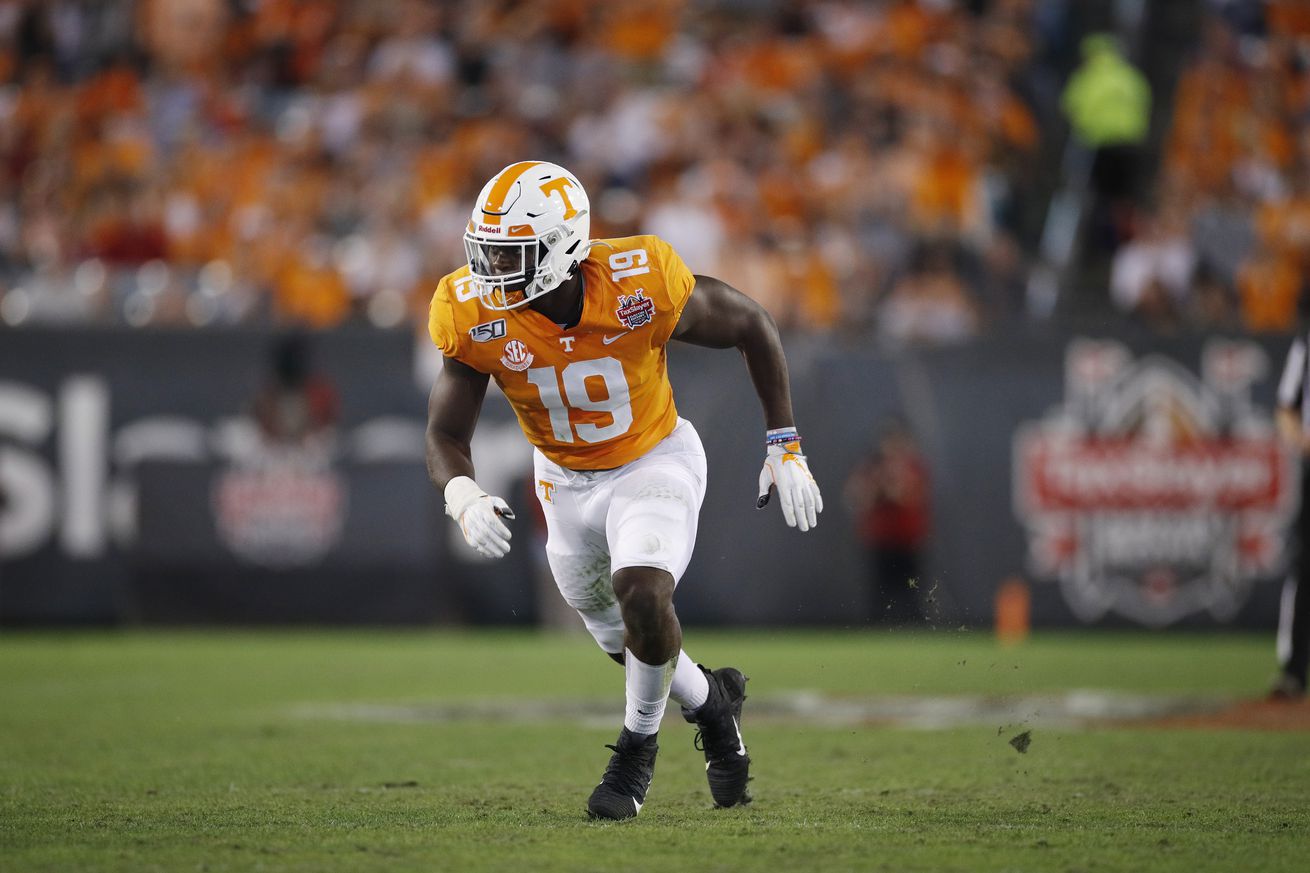 Some good and some bad here.

Darrell Taylor has been slated to land somewhere on day two of the 2020 NFL Draft, and Yahoo Sports’ Eric Edholm agrees for the most part. But he feels like Taylor is a boom or bust type prospect, thanks to a number of factors.

The size certainly isn’t an issue. Taylor checked in at 6-4, 267 pounds at the NFL Combine, complete with 33 inch arms. He was unable to take part in athletic testing at the event, however, following surgery for a stress fracture on his foot. With limited in-person prospect visits this year due to the coronavirus outbreak, it will be interesting to see if that injury dings him at all during his process.

Taylor’s production is interesting — and a little frustrating. We’ve seen him show every trait of an impact player, wrecking a handful of games during his final two seasons in Knoxville. He put up back to back eight sack seasons in 2018 and 2019, but most of his damage was done in just a few games. Taylor had four sacks against Kentucky and three against Georgia in 2018. He had just one during Tennessee’s 1-4 start in 2019, but came on later in the year.

Still, those traits are obvious, as Edholm points out. The NFL will now be tasked with finding some consistency.

Taylor’s most alluring pass-rush trait is his ability to carve the edge with great balance and burst. The redshirt senior also flashes an effective long-arm rush move — a la Khalil Mack — with power and leverage, and he has shown active hands (eight career forced fumbles) when attacking QBs. Watching Taylor get physical with the SEC’s brawnier right tackles is enjoyable and promising for his NFL eval.

So what exactly is holding Taylor back? Edholm dives in, citing spotty effort and unanswered questions.

Taylor has been an inconsistent run defender, plagued by missed tackles, poor fits and wooden feet, and he did most of his work against right tackles. Taylor didn’t work out at the combine following surgery to repair a stress fracture in his foot; scouts wonder how much quickness he would have displayed in testing. There also were character concerns following a few reported incidents in college, and Taylor’s admission that he didn’t play hard as he needed to last season.

Edholm projects Taylor to come off of the board anywhere between rounds two and four, which is right in line with everything we’ve seen to this point. The tools seem to be there for Taylor, but he’s yet to put it all together. He’s the perfect high-upside prospect that NFL teams look at after day one, and plays a premium position. It’s tough to see him lasting past day two, unless that foot injury scares teams off.