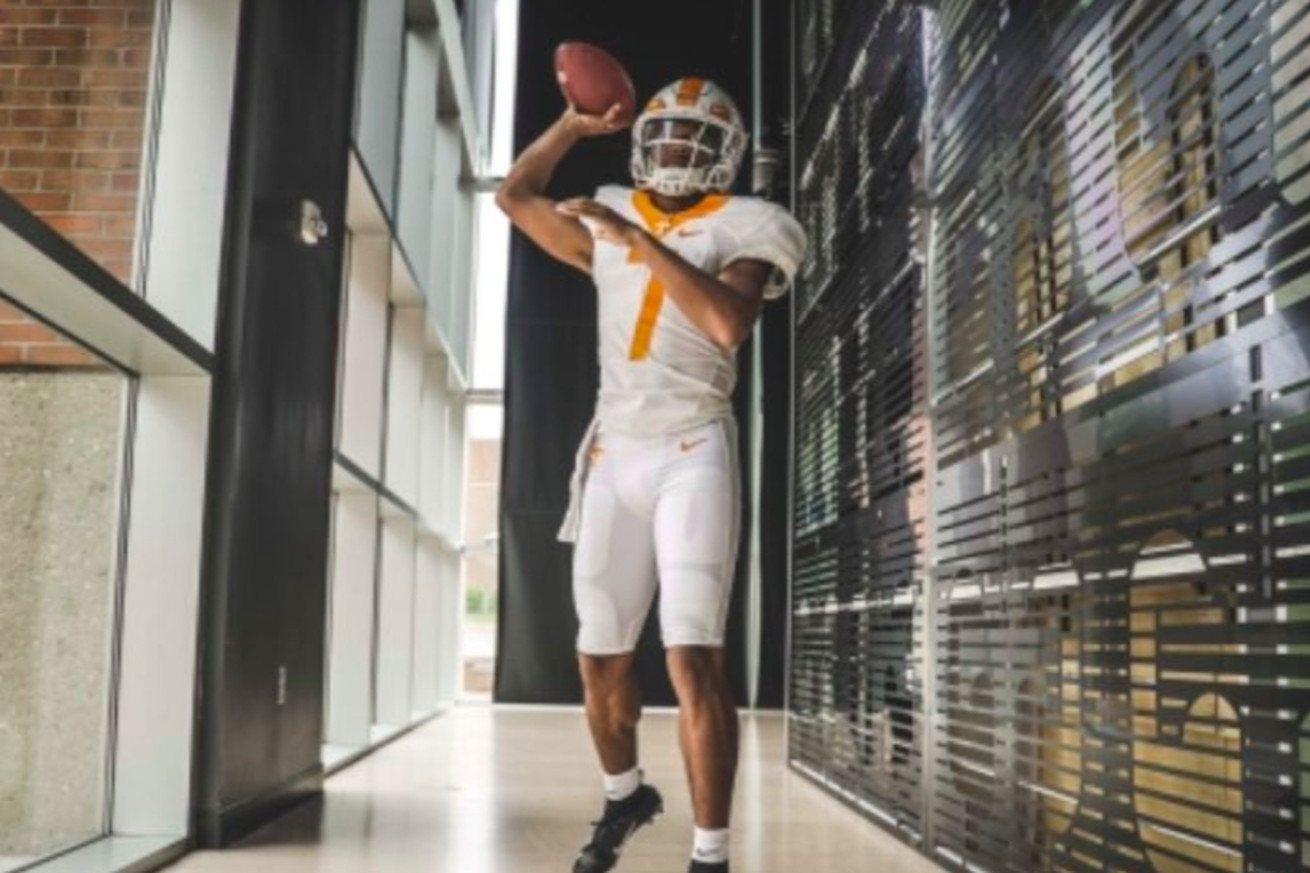 Before the NCAA halted recruiting, Tennessee was able to get one of their biggest quarterback targets in the 2021 class on campus. Kaidon Salter, a four-star quarterback from Cedar Hill, Texas, took a look at Knoxville earlier this week.

The top 100 prospect told Rivals that Tennessee now ranks inside of his top five choices, along with Baylor, Arkansas, South Carolina and Auburn.

“They would most definitely make the top five,” Salter said. “Tennessee is real high on my recruitment right now. They are up there with Baylor, Arkansas, South Carolina and Auburn.” (Via VolQuest)

Salter ranks as the 89th overall player in the 2021 class, according to 247Sports. He’s the 4th ranked dual-threat quarterback in the class, checking in at 6-1, 185 pounds.

Tennessee added two quarterbacks in the 2020 class, signing five-star pocket passer Harrison Bailey and three-star athlete Jimmy Holiday. They join sophomores Brian Maurer and J.T. Shrout on the depth chart. Each of those guys were set to push returning senior Jarrett Guarantano in spring camp. But next season, Guarantano will be gone, leaving the quarterback position up for grabs. It’s probably unrealistic to believe that each quarterback will remain at Tennessee, especially in today’s age of college football.