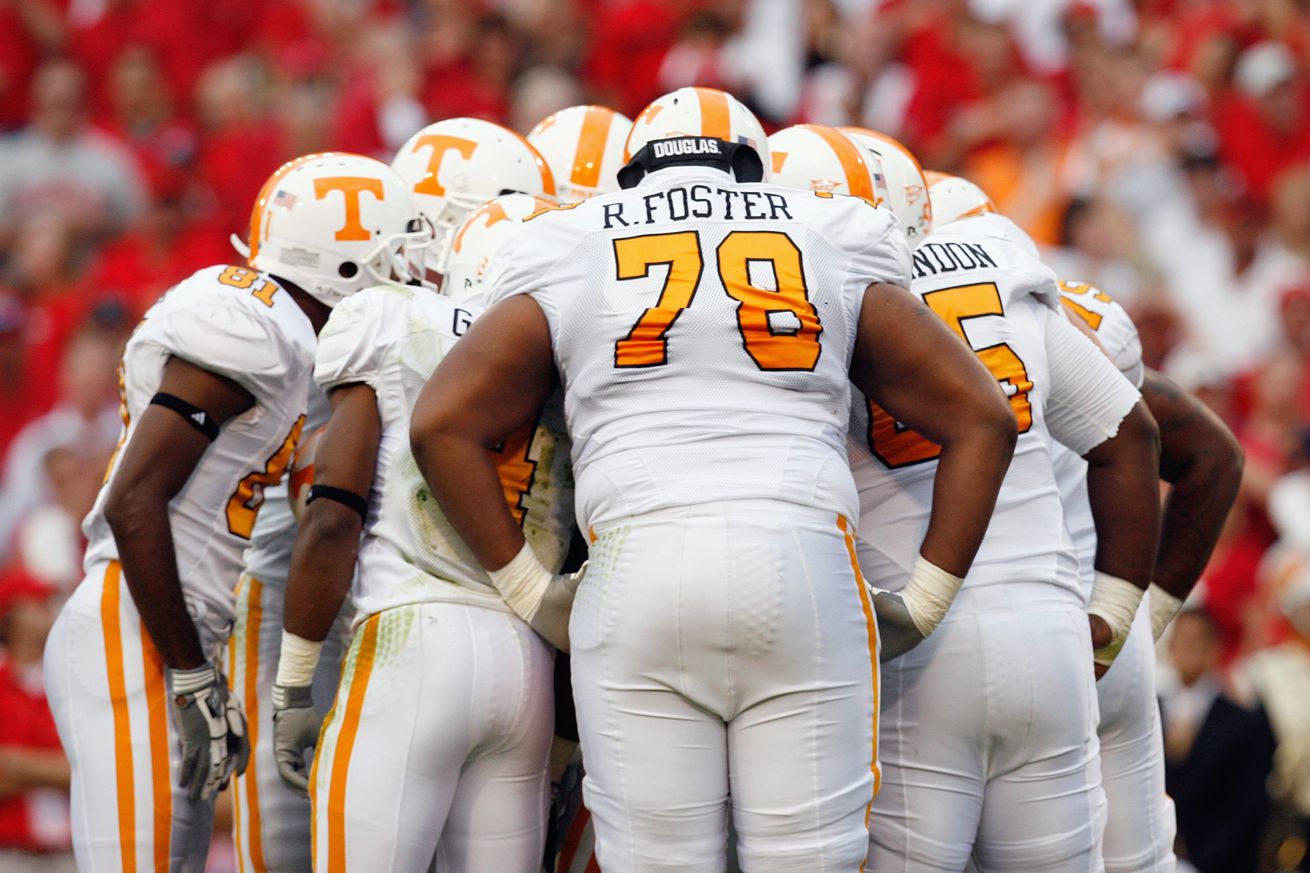 After 11 seasons in the NFL, former Tennessee offensive lineman Ramon Foster is hanging up his cleats. Foster was the second longest tenured player on the Steelers’ roster, trailing only Ben Roethlisberger.

Foster played at Tennessee from 2005-2008. He was a Freshman All-SEC member in 2005 and second team All-SEC in 2007. Despite his success in college, Foster went undrafted in 2009. But he found a home quickly in Pittsburgh, starting a handful of games as a rookie. Little did he know, that’s where he would spend every year of his career.

“When the time comes, you just know and now is the time for me to take a bow,” said Foster, via Steelers.com. “I’ve made some friends for a lifetime, had some moments that I’ll never forget, and seen some things I never thought I would because of this game. First and foremost, I would like to thank my wife and sons. I also want to thank the Steelers organization – Coach (Mike) Tomlin, Mr. Art Rooney II, the late Ambassador (Dan) Rooney, and Kevin Colbert for making Pittsburgh feel like a family. There are so many more people I need to thank, including everyone on staff with the Steelers. I would also like to thank my teammates who made this journey something very special to me and my family – you guys were amazing.

”Last but definitely not least, thank you to the best fans in all of sports. I’m glad to say I was a Steeler for life, and there is no other organization I would have rather played for in my career.”

Foster ends his career with 145 starts in Pittsburgh, spanning 160 games. He became a captain on the team, spending time at both guard positions over the last decade.