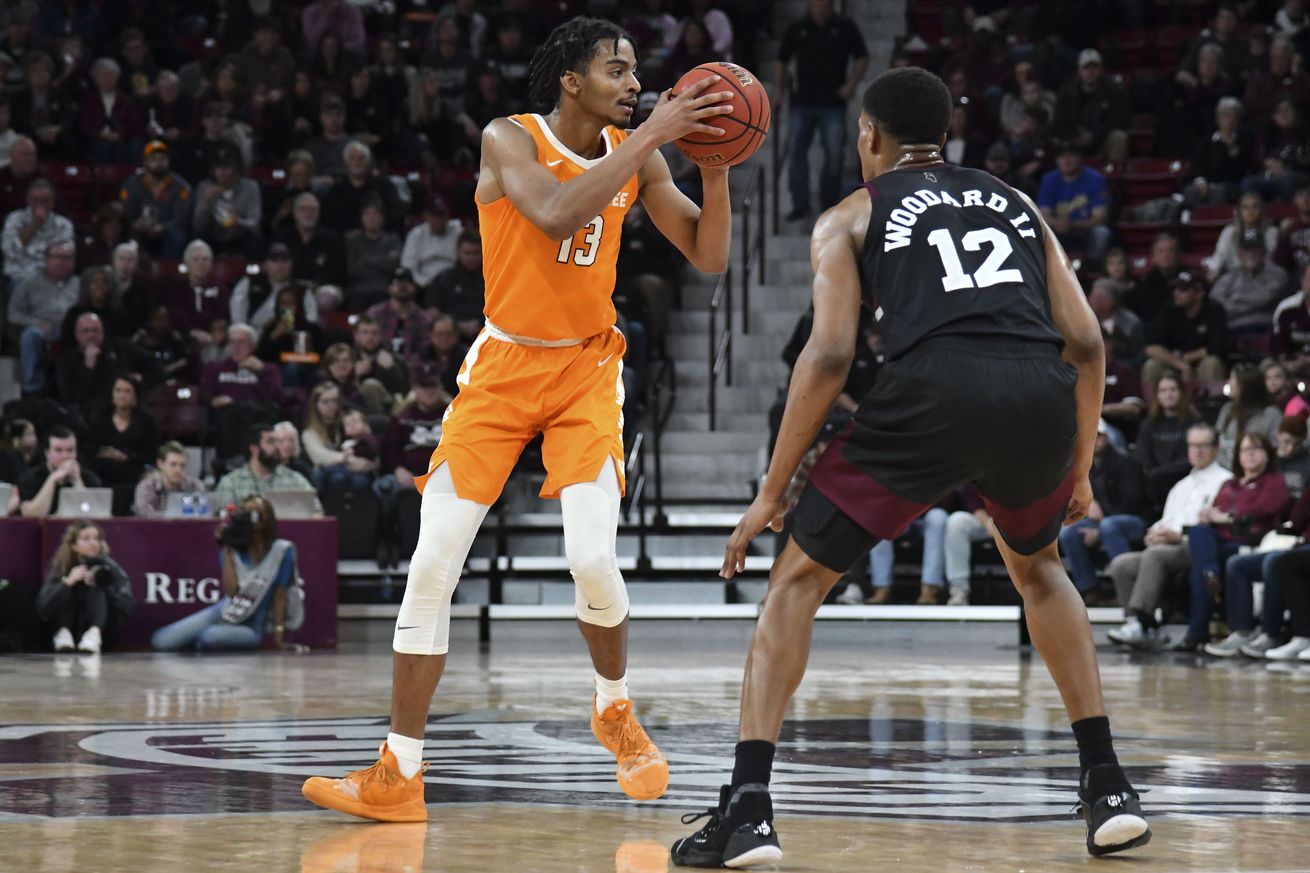 A look into what Tennessee can do to replace him.

According to a report from 247Sports, redshirt junior forward Jalen Johnson entered his name into the NCAA transfer portal.

Johnson was the highest ranked recruit in Tennessee’s 2016 class, but ended up redshirting his first year on campus. He played sparingly as a redshirt freshman before getting a reliable rotation role as a redshirt sophomore in the 2018-2019 year. This past season was his most active yet, as Johnson appeared in all 31 contests and averaged more than 15 minutes per game. He totaled 70 appearances and two starts in his four years in Knoxville.

The results from this past season were not anything too significant. Johnson never seemed fully comfortable with his role on the team, and he never developed into the offensive threat which made him the supposed top recruit of the class. Johnson still provides an interesting athlete to work with who could split duties at both guard and forward, thanks to his athleticism.

Johnson is a grad transfer and will be immediately eligible wherever he goes next.

Tennessee’s backcourt will lose a bit of experience with Johnson’s departure. But whatever they lose in experience, they replace in talent. They are adding two 5-stars in Jaden Springer and Keon Johnson, along with top-60 small forward Corey Walker. In fact, Walker as a prospect is somewhat similar to Johnson, though less refined on the offensive end.

Oregon transfer Victor Bailey, will also become a piece of the puzzle, after sitting out this past season.

Overall the move is probably best for both parties. Johnson had the risk of getting beat out by freshman if he stayed, and he is certainly talented enough to go elsewhere and become one of the main options for a team. Tennessee basketball has been stung pretty hard by the transfer portal in recent years, but this one actually seems to be a neutral development.