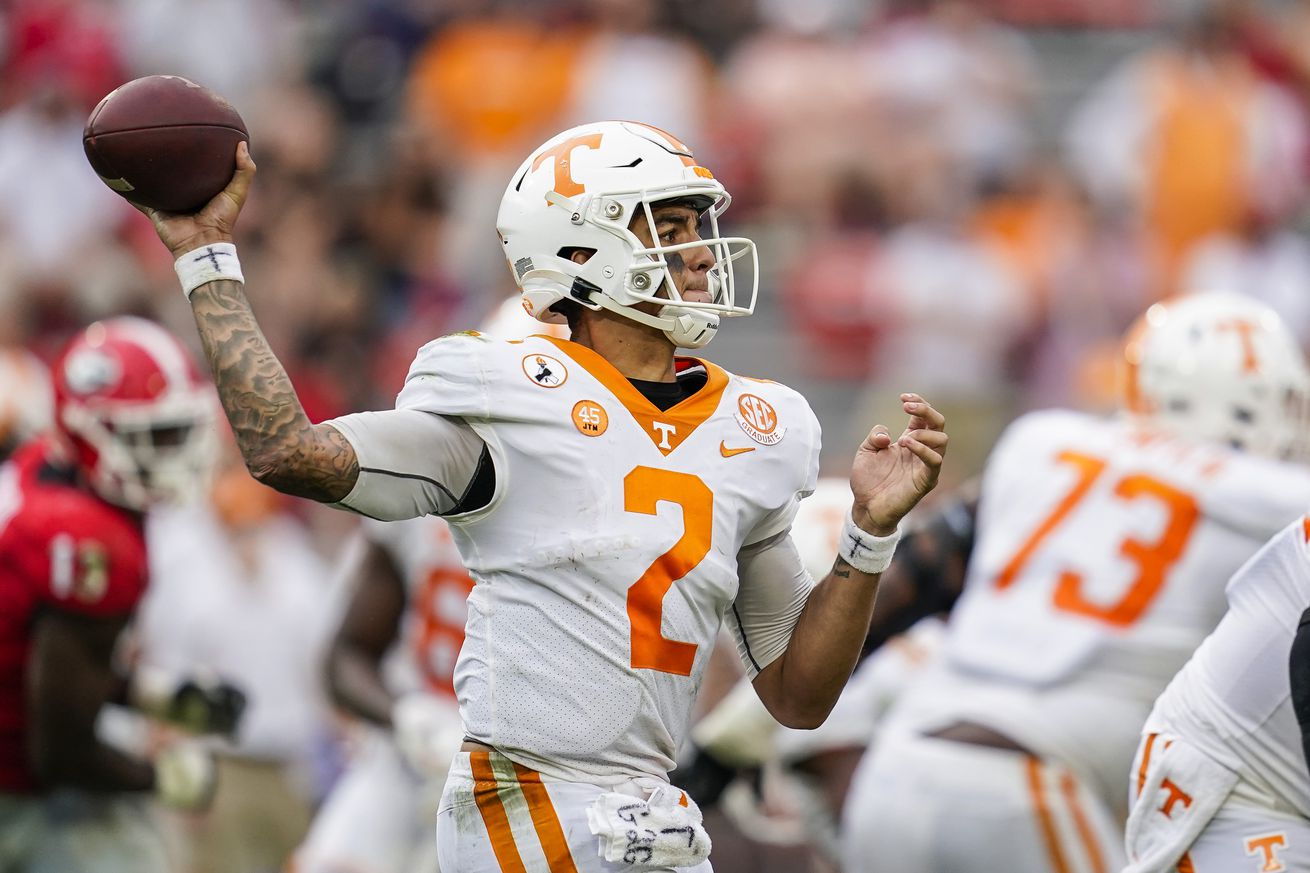 Jeremy Pruitt has finally benched quarterback Jarrett Guarantano. The fifth-year senior quarterback tossed two interceptions for the Volunteers in the first half, both of which were pick sixes.

Both decisions were awful, considering the flow of the game. Tennessee was was winning the line of scrimmage, entering scoring position three times. However, they never came away with points. With the defense playing so well, the Volunteers just need to limit mistakes on the offensive side of the ball.

With Kentucky leading 14-0, Pruitt has inserted J.T. Shrout. The redshirt sophomore quarterback was rumored to have won the backup quarterback job, but it was never officially announced. Shrout was the QB3 behind Brian Maurer last season, seeing limited action.

Jarrett Guarantano has two TD passes today, they just happen to both be thrown to Kentucky

Can Tennessee climb out of this hole? Again, the defense is playing well enough and the offensive line has been winning the line of scrimmage, now let’s see what Shrout can do.