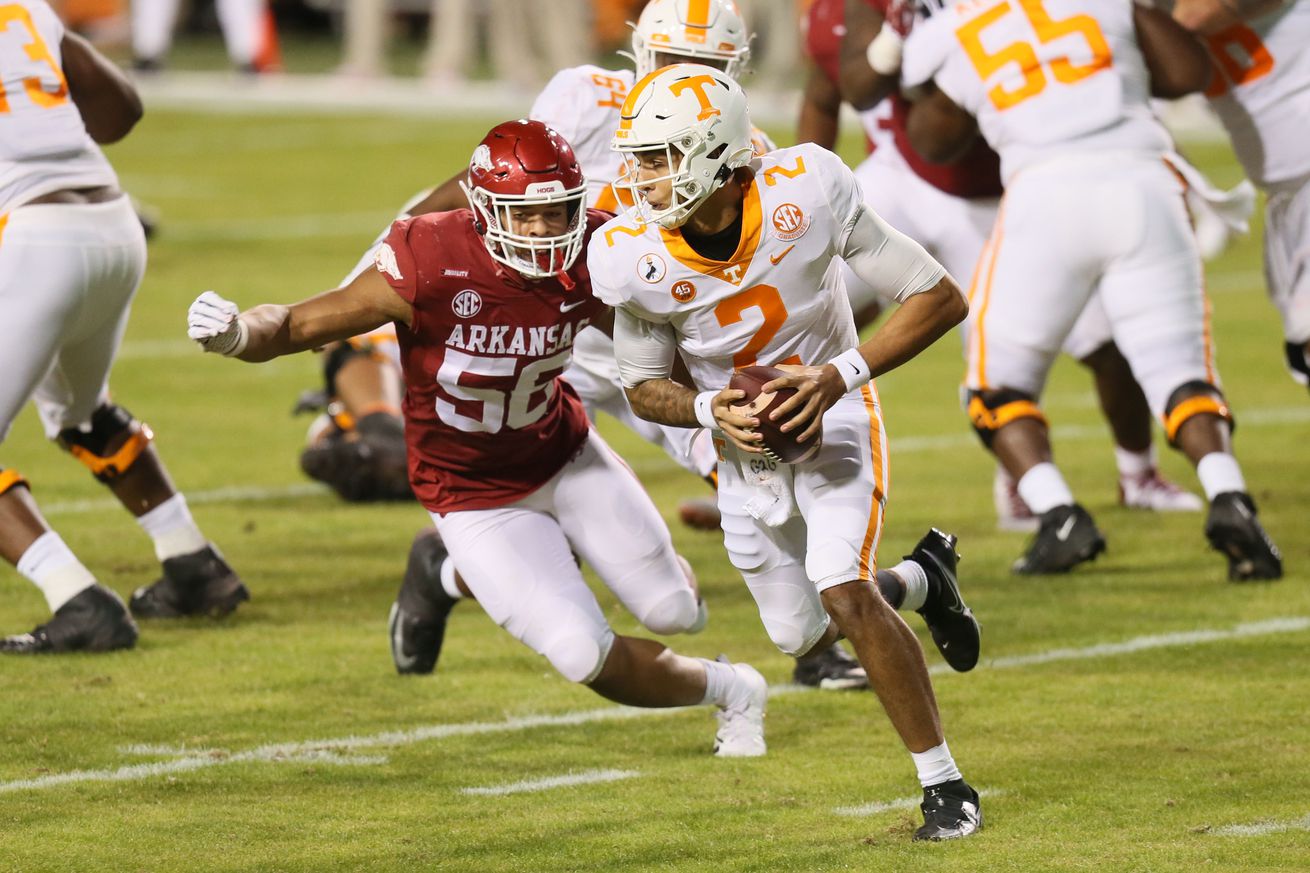 A 13-0 Tennessee lead has been erased by Arkansas in the third quarter. The Razorbacks now lead 24-13 entering the fourth quarter, and the Volunteers have lost their signal caller for the rest of the night.

SEC Network says Jarrett Guarantano is dealing with a head injury and is out for the remainder of the game.

Certainly explains the decision to put Brian Maurer in the game.

It initially appeared that Guarantano was benched, but SEC Network confirmed an injury. Guarantano finished the night just 5-8 for 42 yards.

J.T. Shrout did not travel with the team to the game tonight, meaning true freshman Harrison Bailey is now the backup quarterback.

Maurer is a former three-star prospect who started a handful of games for Tennessee in 2019. He’s been dealing with a hamstring injury so far this season, something that kept him out of camp action in August. Now healthy, Maurer appears to be the official backup.

Can he muster anything in the fourth quarter here? It’s not looking good.