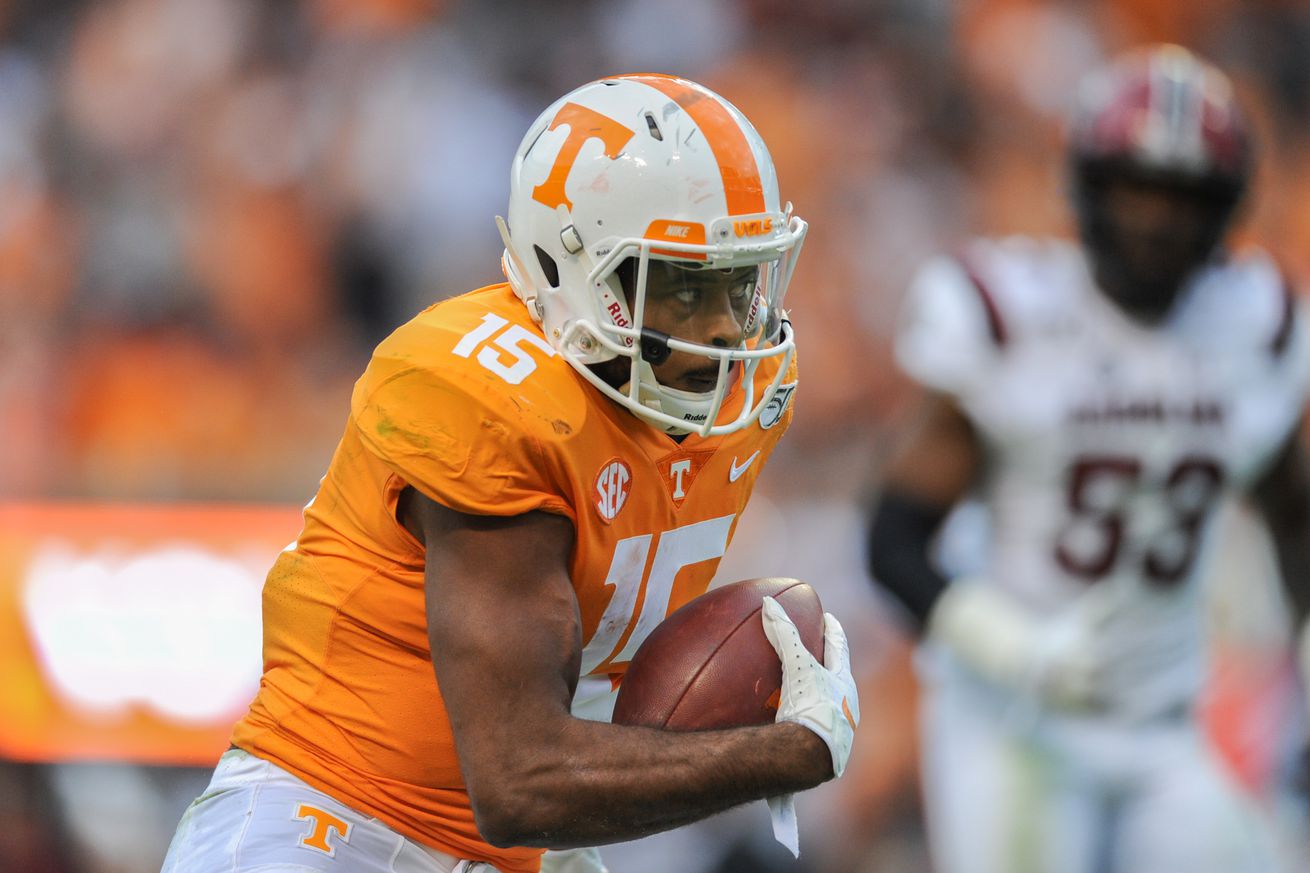 Late, but Jennings finds a home.

It looks like Jeremy Pruitt’s words resonated with the San Francisco 49ers.

That’s because they decided to select Jauan Jennings with the 217th overall pick in the 2020 NFL Draft. He now joins Darrell Taylor as the second Vol to make it to the next level.

If you’re a Vols fan, you know who Jennings is. He’s best remembered for roasting Jalen Tabor and his incredible game-winning touchdown catch against the Georgia Bulldogs.

Jennings is one of the best receivers in program history, finishing fifth all-time at UT in receptions (146), fourth in receiving yards (2,153) and tied-for-fifth in touchdown receptions (18). He played in 50 career games that included 30 starts.

It was later that most thought for Jennings, but it’s good to see his name get called regardless.