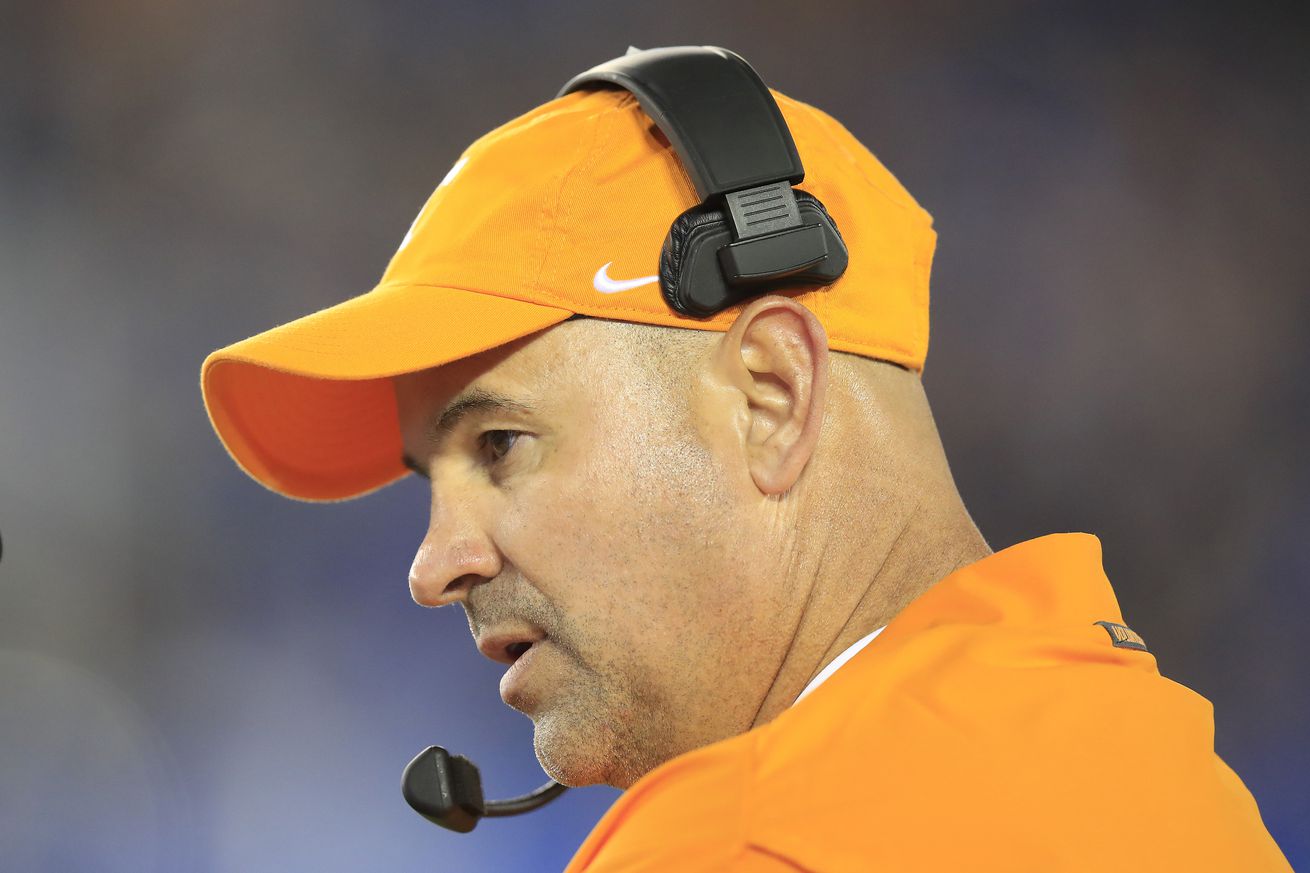 If this trend holds up, then there is a lot to be excited for in 2020.

Everyday life is all about trends, so it should be no surprise that they have a role to play in football.

In the case of Jeremy Pruitt, he’s had one specific trend follow him over the course of his coaching career: Pruitt has been able to statistically increase the performance of his defenses each year that he’s been a defensive coordinator/head coach in college football.

The best part about all of this is the fact that he’s been able to accomplish this feat when it comes to both raw stats and advanced metrics.

It all started with his first year as Florida State’s defensive coordinator back in 2013. The Seminoles were coming off a 2012 season in which they finished as the sixth-best team in terms of points per game (14.7ppg) and the second-best team in terms of yards per game (254.1 ypg). Pruitt wasn’t able to increase the defensive ranking in terms of yardage (the team dropped from second to third in 2013) but he was able to give the Noles the top-ranked scoring defense in the country (12.1 ppg).

Pruitt moved onto Athens the next year, where he became the defensive coordinator for the Georgia Bulldogs. UGA was terrible on defense in 2013. The Dawgs were 89th in points per game (30.9 ppg) and 52nd in yards per game (385.8 ypg). Pruitt came on board in 2014 and instantly made them respectable. He helped his guys finish with the 16th-best scoring defense (20.7 ppg) and the 17th-best defense in terms of yards allowed (337.2 ypg). Those numbers got even better in 2015 when Pruitt’s unit became the eighth-best scoring defense (16.9 ppg) and the seventh-best total defense (305.5 ypg).

Next up was Alabama, who was the third-best defense in both scoring and yards per game in 2015. How on earth could Pruitt top that?

Meanwhile, the Vols were stinking up the place on defense in 2017. Knoxville’s Finest surrendered the 83rd-most points per game (29.1 ppg) and the 82nd-most yards per game (412.9 ypg) during Butch Jones’ final year as head coach.

And as I mentioned earlier, Pruitt was able to keep his defenses on the rise in terms of advanced metrics, too. I used Football Outsiders Defensive FEI (DFEI) metric for this. If you aren’t familiar with how the metric is composed, click here in order to find out.

Alabama is where it gets a bit tricky. The Crimson Tide held the top-ranked defense in terms of DFEI at the end of the 2015 season (1.32). Pruitt not only maintained the No. 1 ranking in 2016, but he also improved the total score to whopping (1.55), which is the highest mark since Alabama’s 2011 championship season (1.68) and the second-highest mark since Football Outsiders began recording this metric in 2007.

The only hiccup that has come during this run was when Pruitt’s defense fell from first to second (1.29) in 2017. To make things worse, Alabama was supplanted by arch-rival Auburn in the rankings.

The fact that Pruitt has been able to improve defenses on a year-to-year basis is remarkable, but the fact that he was nearly able to do it in both raw statistics and advanced metrics really speaks to what the man can do when it comes to stopping opposing offenses.

The unknown here is what happens in the third year? Pruitt has never been a defensive coordinator/head coach anywhere longer than two years in the NCAA. Will the numbers continue to rise or will they drop?

As the incumbents get more comfortable on the field and in the system and as Pruitt gets more of his guys on the field, there’s little reason to think these numbers won’t improve as time continues on.

But if these numbers are any indication of what to expect in 2020, then Tennessee fans should be really excited about the potential this defense currently holds.