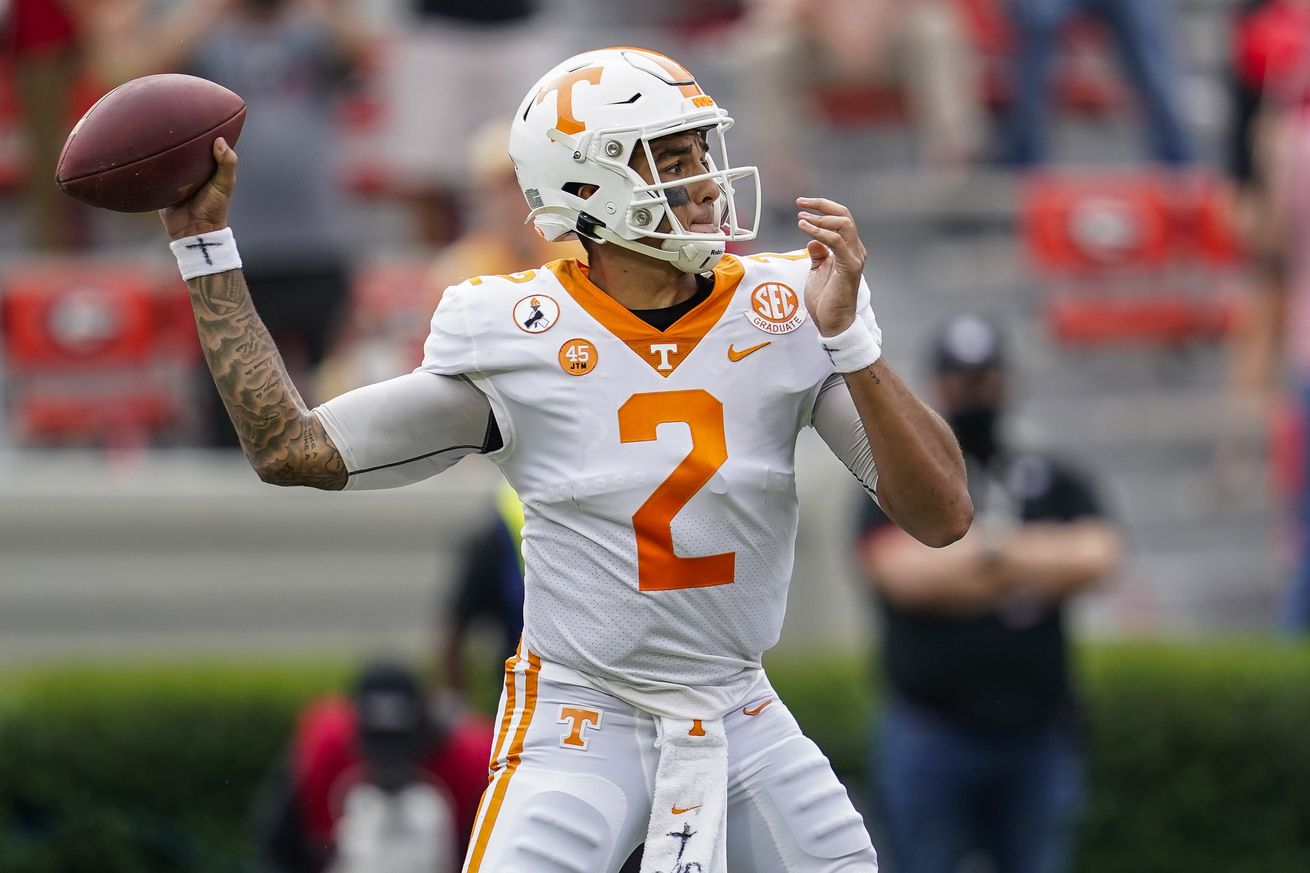 A bye week ahead of a matchup with the Arkansas Razorbacks failed to produce any movement at the quarterback position.

Fifth-year senior Jarrett Guarantano will remain under center for Tennessee this week, despite a rocky start to the 2020 season. The problem is, the Vols just don’t have anything ready to play behind him, which has forced Tennessee to stick with Guarantano to this point.

Jeremy Pruitt confirmed his decision on Wednesday, and offered an explanation.

“Jarrett will be the starter,” Pruitt said after practice. “He understands our expectations. I felt like he’s had another good week, continuing to do the things that I’m talking about, getting the guys around him to play at a higher level.”

Pruitt also pointed towards continuity as a reason to stick with Guarantano.

“It’s one thing about on the offensive side, it takes all 11 guys to play together,” Pruitt said. “Defensively, you can have a couple of great players and they can just make some plays sometimes. It only takes one guy that can create a bad play offensively. That’s why you’ve got to be able to play as a unit. Up front, that’s why communication is so important, playing together, and that’s something that we’ve tried to focus on and continue to focus on over the last couple of weeks.”

Guarantano has thrown for 914 yards in five games so far this season. He’s tossed six touchdown passes, while throwing three interceptions and losing a couple of fumbles. The lack of production through the air is one things, but it’s the turnovers that have really cost Guarantano this season.

A disaster of a second half against Georgia followed by a brutal performance against Kentucky quickly stopped Tennessee’s 2020 season in its tracks. Now they’re faced with a suddenly vital game against Arkansas, one that appears much tougher now than it did a month ago.