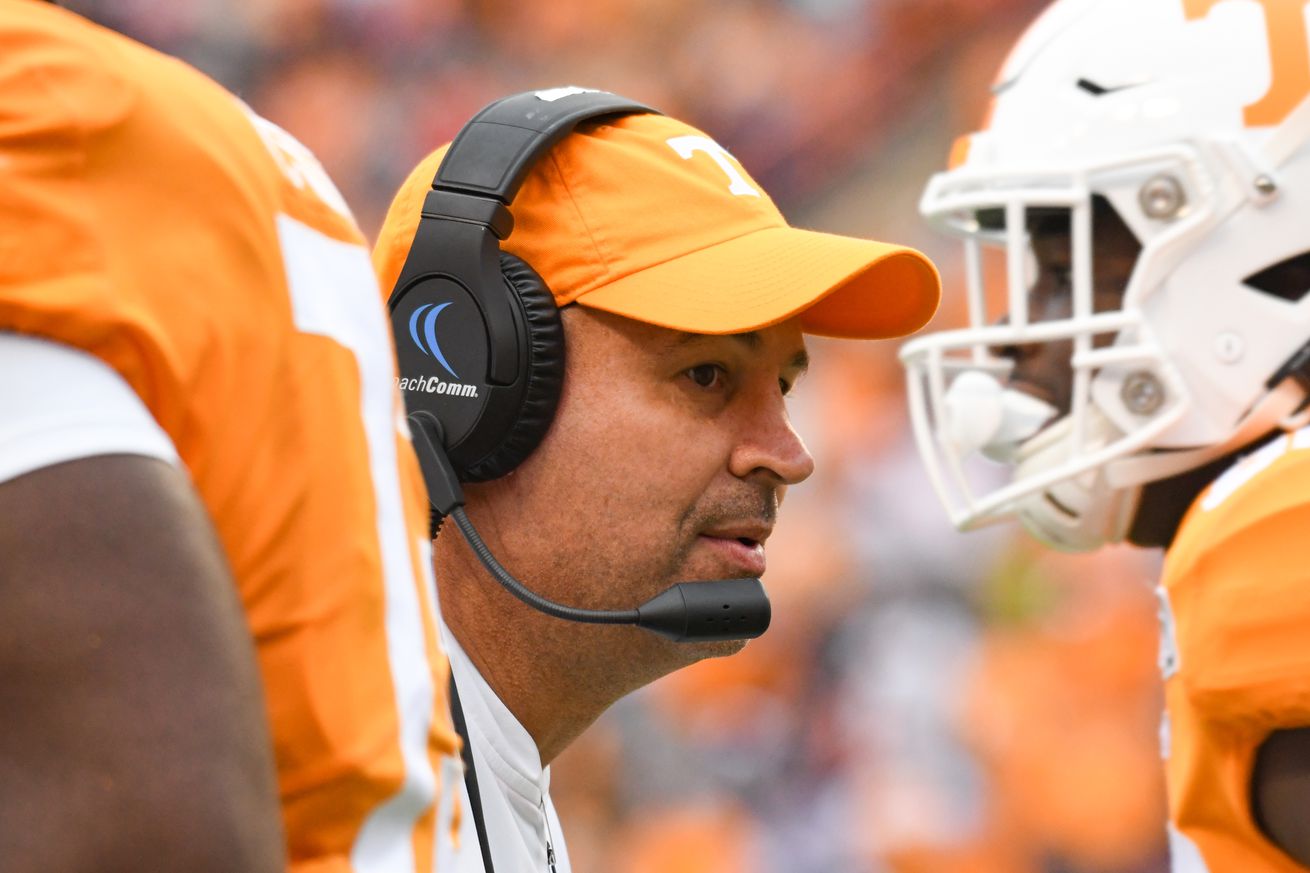 With an offensive line returning five starters and potentially having Georgia transfer Cade Mays available to play this season, it’s understandable that the crop of newcomers is flying under the radar. The Volunteers signed three prospects on the offensive line in their 2020 class, and have since converted a defensive line signing to the group.

At Monday’s quarterback club in Knoxville, Jeremy Pruitt singled out a couple of those freshmen.

“We have been pretty excited about most of all these guys in the freshman class,” Pruitt said. “When the opportunities have presented themselves, they have competed hard. They have showed willingness to train, whether it is a guy like James Robinson that came in here at 360 pounds on June 8th and now he is 321 pounds. That tells me a lot about how important football is to him.”

RJ Perry signed as a three-star prospect out of Alabama during the early signing period. He was outside of the top 700 prospects in the country, but he’s already making noise in camp for the Volunteers. Perry’s move to tackle makes a lot of sense with Tennessee not signing a single one in the 2020 class.

“A guy like RJ Perry who came here to be a defensive lineman, but after four practices, he wants to move the offensive line because he feels like that is the best place for him to have a future down the road,” Pruitt noted. “All of these guys I have been really pleased with.”

Pruitt also singled out another player who is taking advantage of a specific situation. As some players miss practice and frustratingly can’t develop, others get the benefit of added snaps. On the offensive line, freshman Javontez Spraggins is a guy that’s benefitting.

“You have a guy like Javontez Spraggins that plays offensive guard,” Pruitt said. “We have had some people out on the offensive line. It has enabled him to get more quality looks and he has taken advantage of it. It is kind of different based off each position. For him, it has been a blessing. He has had a chance to go against the first or second defense here for six or seven practices and he has really taken advantage of it.”

Spraggins is another unheralded three-star prospect without a clear path to play early, but as Pruitt noted, he’s benefitting from some veterans not being able to practice.

These developments likely won’t do much for Tennessee in 2020, but they certainly could pay dividends as early as next fall.