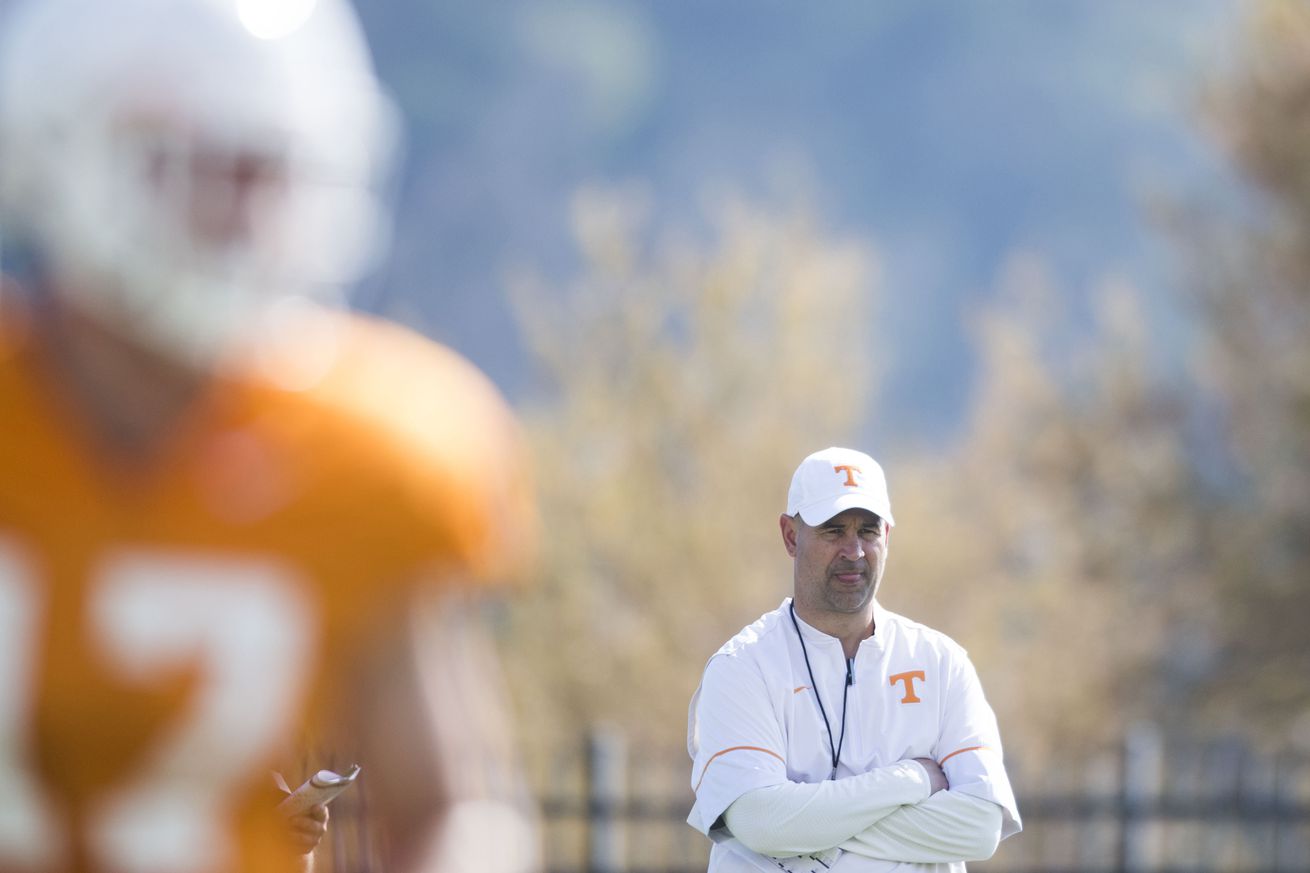 Encouraging news a week after a surprising update.

Jeremy Pruitt surprised some people last week when he informed reporters that freshman quarterback Harrison Bailey had been placed in social quarantine.

Just a week later, Pruitt is praising Bailey after the talented passer “kind of shined” during the Vols’ most recent practice on Wednesday.

“Harrison didn’t practice for the first couple of days, but at our last practice I thought he had a period there where he really kind of shined; taking care of the football, getting the ball out of his hands,” Pruitt told reporters via Zoom on Friday.

“Just like any freshman, he needs tons of reps,” Pruitt continued. “He needs it at the speed that the game is in college, and the more reps he gets, the better he’ll get, just like any other young player. So he’s just got to continue to get opportunities.”

Bailey is a former top-100 prospect and is expected to compete for the backup job behind Jarrett Guarantano, but the hope is that he becomes the Vols’ quarterback of the future sooner rather than later. So, Pruitt’s comments are obviously good news for Vols fans — and the program.