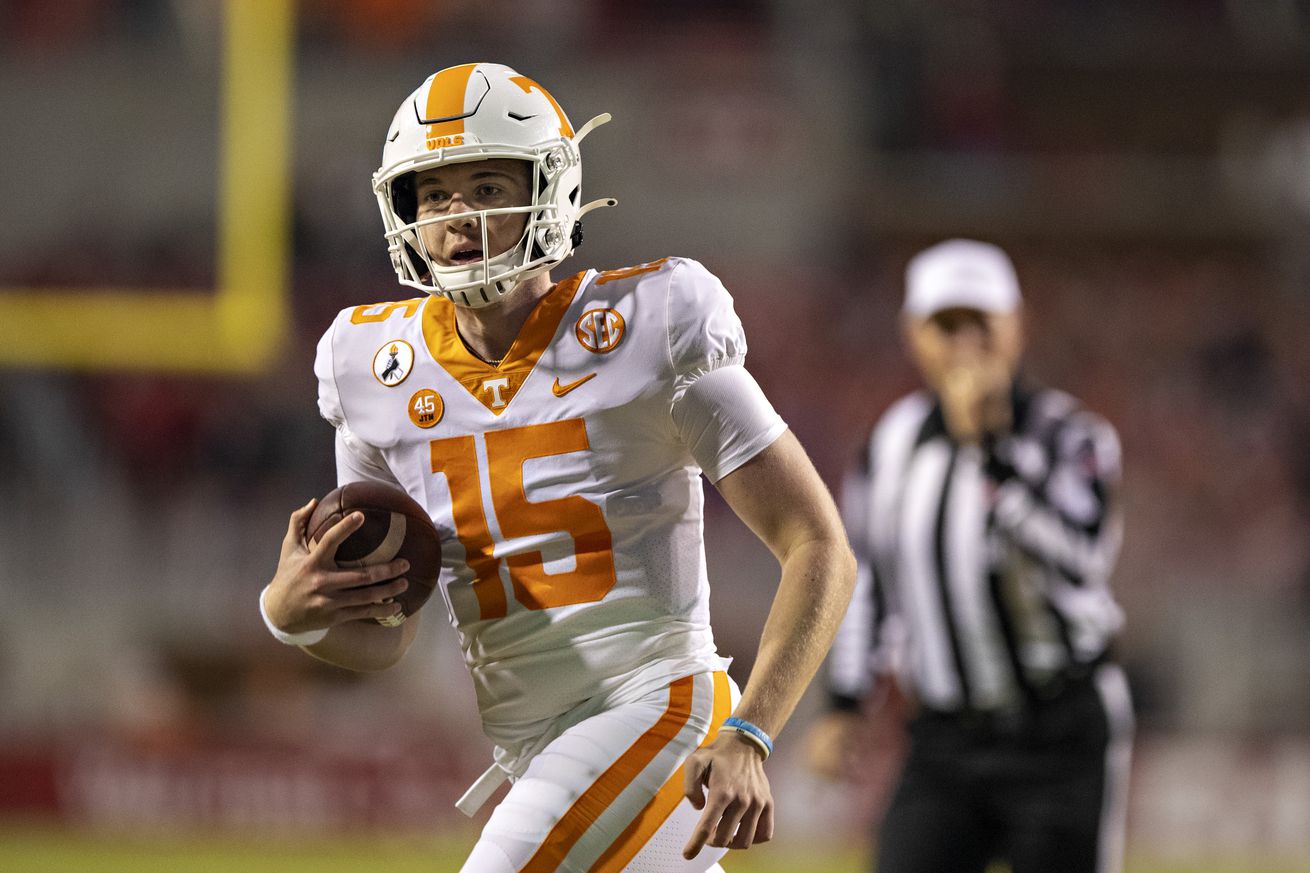 Fifth-year senior Jarrett Guarantano was knocked out of Tennessee’s game against Arkansas on Saturday in the second half with a head injury. Guarantano had been used sparingly in the game as Jim Chaney opted to roll with a heavy dose of the rushing attack against the Razorbacks.

Guarantano finished his day just 5-8 for 42 yards. Jeremy Pruitt updated his injury status on Monday, but didn’t offer too many definitive answers.

“It’s day to day (with Guarantano),” Pruitt told reporters on Monday. “Obviously our medical staff didn’t feel like it was in his best interest to play the rest of the game, so we held him out. So it’ll be day to day this week.”

Brian Maurer entered in relief for Guarantano, but failed to complete a pass. True freshman Harrison Bailey finished up, completing mostly check down passes as the clock ran out. J.T. Shrout didn’t make the trip to Fayetteville.

“We’ll work the other guys and see how we develop this week and work a good game plan that fits all of those guys,” Pruitt said.

At a certain point, sticking with your fifth-year senior in a season that already is lost feels counterproductive. The offense badly needs a spark, and giving the job to someone else and letting him go through a full week of game-planning seems like the obvious thing to try. However, this staff has maintained that Guarantano gives them the best chance to win and the other quarterbacks simply haven’t had enough time to develop. Their hand may be forced this week though following Guarantano’s injury.

Tennessee is currently a 13 point underdog to Texas A&M. The Volunteers and Aggies will kickoff at 3:30 p.m. ET on ESPN this Saturday.