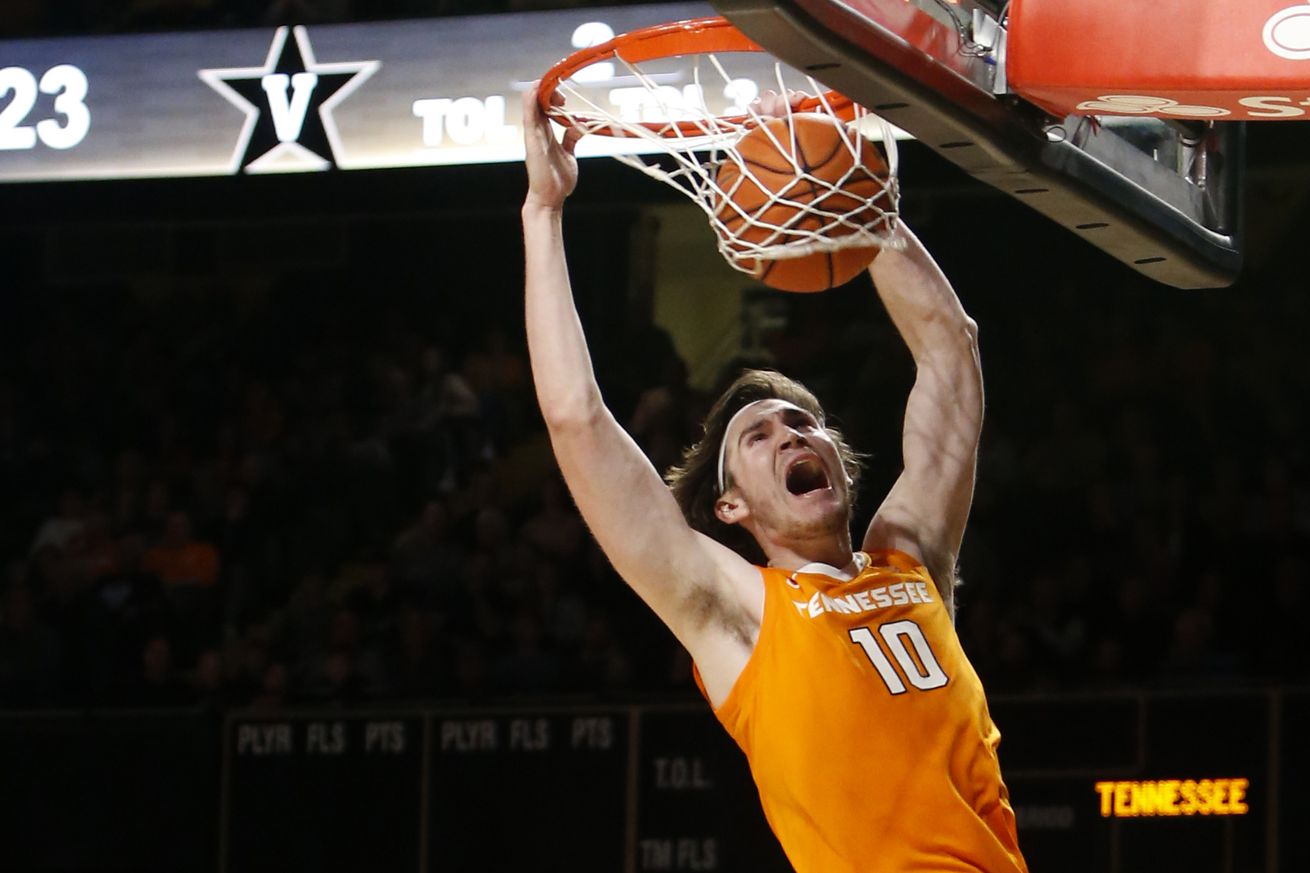 Show of hands — who saw this coming back in the fall?

John Fulkerson has been named to the All-SEC second team after a strong finish to his junior season. Fulky ended up averaging 13.7 points per game along with 5.9 rebounds, easily becoming Tennessee’s most consistently player this season.

Fulkerson was pushed into a starting role after Grant Williams left early for the NBA. After operating as an inconsistent role player for Tennessee last season, Fulkerson blossomed into a legitimate offensive post player this season.

The Kingsport, Tennessee native flashed as a freshman, but an elbow injury seemed to stop his development in its tracks. Two years later, we’re seeing what Fulkerson is really capable of.

His best moment came last week in Rupp Arena, where he powered Tennessee to an upset of Kentucky with 27 points. The Wildcats had no answer for Fulkerson down the stretch.

Fulkerson has a season left in Knoxville and is set to be joined by the best recruiting class in Tennessee history. Two five-star guards in Keon Johnson and Jaden Springer and four-star wing Corey Walker Jr. will be added to the mix for the 2020-21 season. Further development from Yves Pons, Josiah-Jordan James, Uros Plavsic and Santiago Vescovi could leave Tennessee with a special group next year.

Fulkerson will get one last chance to finish off his junior season in style at this week’s SEC Tournament. Tennessee will tip-off against Alabama at 1 p.m. ET in Nashville.