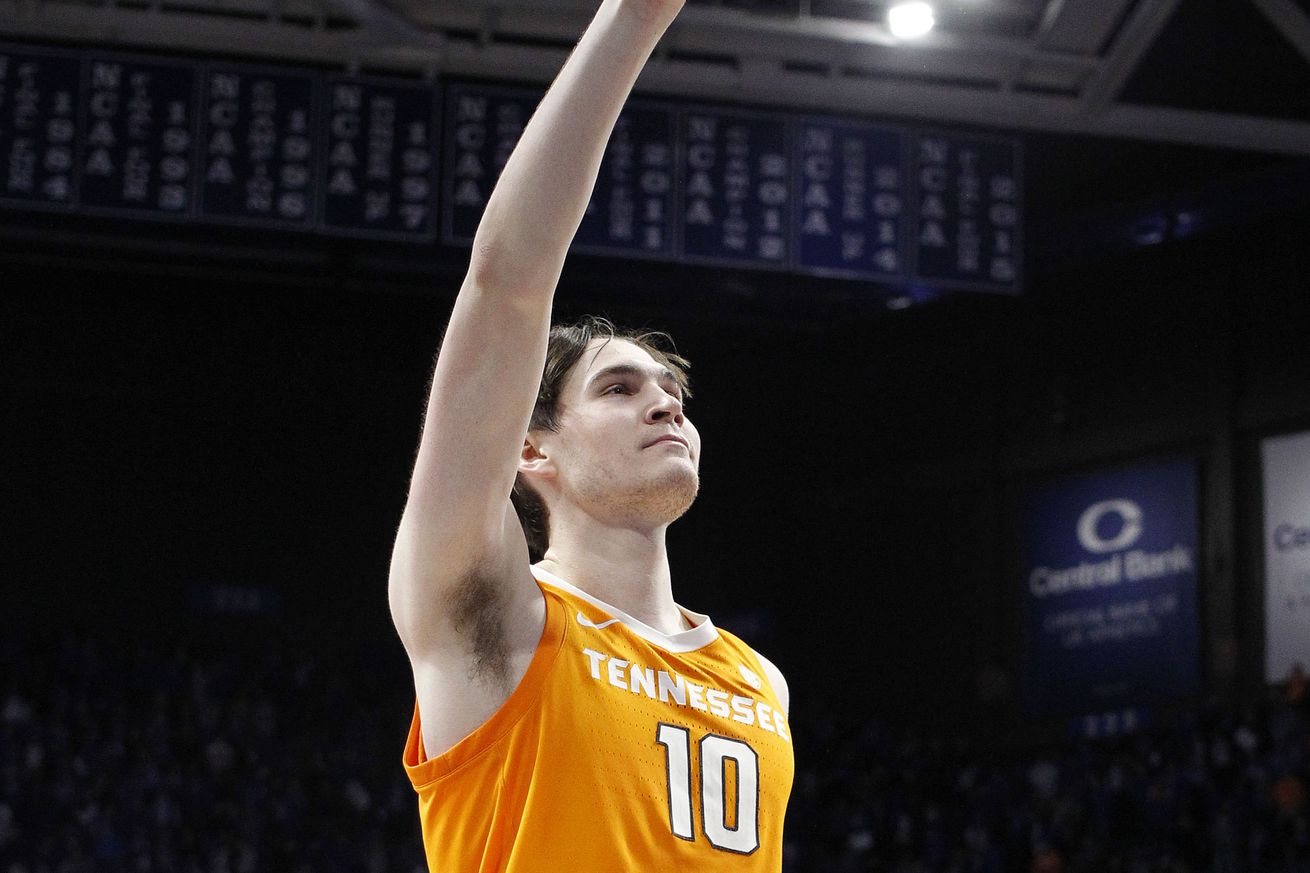 As people, we tend to appreciate underdog stories. They make us feel good. They reinforce the notion that, as a species, humans are resilient and have the capacity to… rebound… from some event of ill-fated luck or hapless happening. We root for these unfortunate cases, maybe trying to reinforce some idea that regardless of the circumstance, the person or persons affected can work hard and overcome.

Tennessee’s 2016 recruiting class consisted of nothing but 3-star players, according to 247Sports. And a few of those guys, I think, qualify for this sort of underdog narrative. Grant Williams and Jordan Bone both came to Tennessee in that 2016 class — under-recruited or overlooked for whatever reason — and both were selected in the 2019 NBA Draft. Jordan Bowden, also in the 2016 class, finished as the team’s 24th all-time leading scorer and is one of only four Tennessee players ever to score 1,000 total points, snag 450 rebounds and dish out 250 assists, according to UTSports dot com.

Despite my 150-ish words about those guys, this piece is about John Fulkerson. Fulky could maybe be considered as the longest of the long shots in that 2016 class that eventually helped make Tennessee basketball nationally relevant again.

He’s a Kingsport native, but went to highschool in North Carolina. 247Sports shows a visit to Charlotte in August of 2015, a visit to Tennessee on November 6th and a commitment to the Vols on November 12th.

He showed up to Tennessee as a bean-pole post player at an alleged 6-7, 190 pounds and has turned into one of the best power forwards in the SEC. It’ similar to Grant Williams and Admiral Schofield and one of the biggest reasons Tennessee’s 2020-2021 season has the potential to be one of the best teams in the school’s history. Apparently Rick Barnes is pretty good at player development.

His freshman season, he was a metaphorical spark plug, immediately a fan favorite for his tenacious hustle and tremendous energy. I know, I know. It couldn’t be more cliche if I tried. Fulkerson played in 10 and started six games during his first season at Tennessee before a nasty, uhhh-gleeee, don’t-look but gonna-look-anyway fall resulted in a dislocated elbow and broken wrist. Just like that — one bad fall — and his season was over. So long, Fulky, we hardly knew thee.

But part of his natural magnetism is his seemingly genuine and constant positive attitude. This quote is from a story in 2017, sometime after the injury.

“I think (the future is) as bright as we make it,” Fulkerson said. “All the work we put in, how practice goes, how hard we go in practice and the offseason, how good we can be depends on all of that.”

I’m not really sure how long it took Fulkerson to get the fall out of his head and get back to playing his brand of dive-into-the-crowd-for-loose-balls basketball, because the next two season he played pretty sparingly. He averaged 12 minutes with just three points per game in that glorious ‘18-’19 season, but last season he was arguably Tennessee’s most important player.

During the final 10 games of the 2019-20 season, @Vol_Hoops forward and Second Team All-SEC selection John Fulkerson averaged 18.3 points per game.

Fulkerson shot 57.3 percent from the field during that stretch and eclipsed 20 points scoring four times. pic.twitter.com/A4gD19W4ye

I mean, the guys been named to the preseason Karl Malone watchlist, for college basketball’s best power forward.

NOTE: They need to rename that award. Nothing good should ever be associated with Karl Malone. He’s not a good human. If you didn’t know, now ya know, and if you wanna check for yourself, please do. Or just trust me.

I think most fans realized last season would be a bit, uhhh, bumpy. Losing three players to the NBA tends to do that. But losing those guys gave Fulkerson the opportunity to shine.

He led last year’s team in total points, points per game, total rebounds,total offensive rebounds, rebounds per game and in total steals. And he managed to do it all with goofy-looking long hair and a headband. That’s a man’s man, man.

Adjusting for pace of play, he led the Vols with an offensive rating of 121.6 and a 27.4 points per 100 possessions. He finished tied with the Finnish ORN as the team’s third-best defender, posting a 96.9 defensive rating. Only Davonte Gaines and Triple-J finished the season with better defensive rating numbers.

Nixing out guys who didn’t play more than 500 minutes (Lamonte Turner, Jacob Fleschman and Uros Plavsic) Fulkerson ended the year with the team’s third-highest usage rate behind Santiago Vescovi and Jordan Bowden. And despite that spike in usage, he posted a 14.9 turnover rate, third best on the team behind Yves Pons and Bowden.

The Vols were undersized last season, with Fulkerson playing a lot of center and Pons playing a lot of power forward. I’m not sure anybody expected Pons to become the soul-snatching shot blocker he proved to be, but this season I’d expect to see Tennessee funnelling opposing offenses Pons way, daring them to try their luck.

There’s a bunch of new talent here already, with the two 5-star guards and big-man transfer EJ Anosike, so who plays how much and where likely won’t be fleshed out for a while. No matter — Fulky will do his thing anyway.

Fulkerson is team #WholeMilk, and if you disagree, that’s fine, but just know that your opinion is wrong.

“I can’t remember what kind of milk it was,” Fulkerson continued. “I like whole milk. My parents have always fed us whole milk. I mean, 2%, that’s watered down, and skim milk … I’m not gonna judge you if you drink skim milk, but, like, you might as well just drink water, I feel like.

I linked that original article, because if you don’t pay much attention to basketball or maybe don’t care about post-game interviews (who can blame you — mostly they’re coach-speaky fluff) you should read that article from last season. It gives some actual insight into his personality and why the fan base loves him like it does.