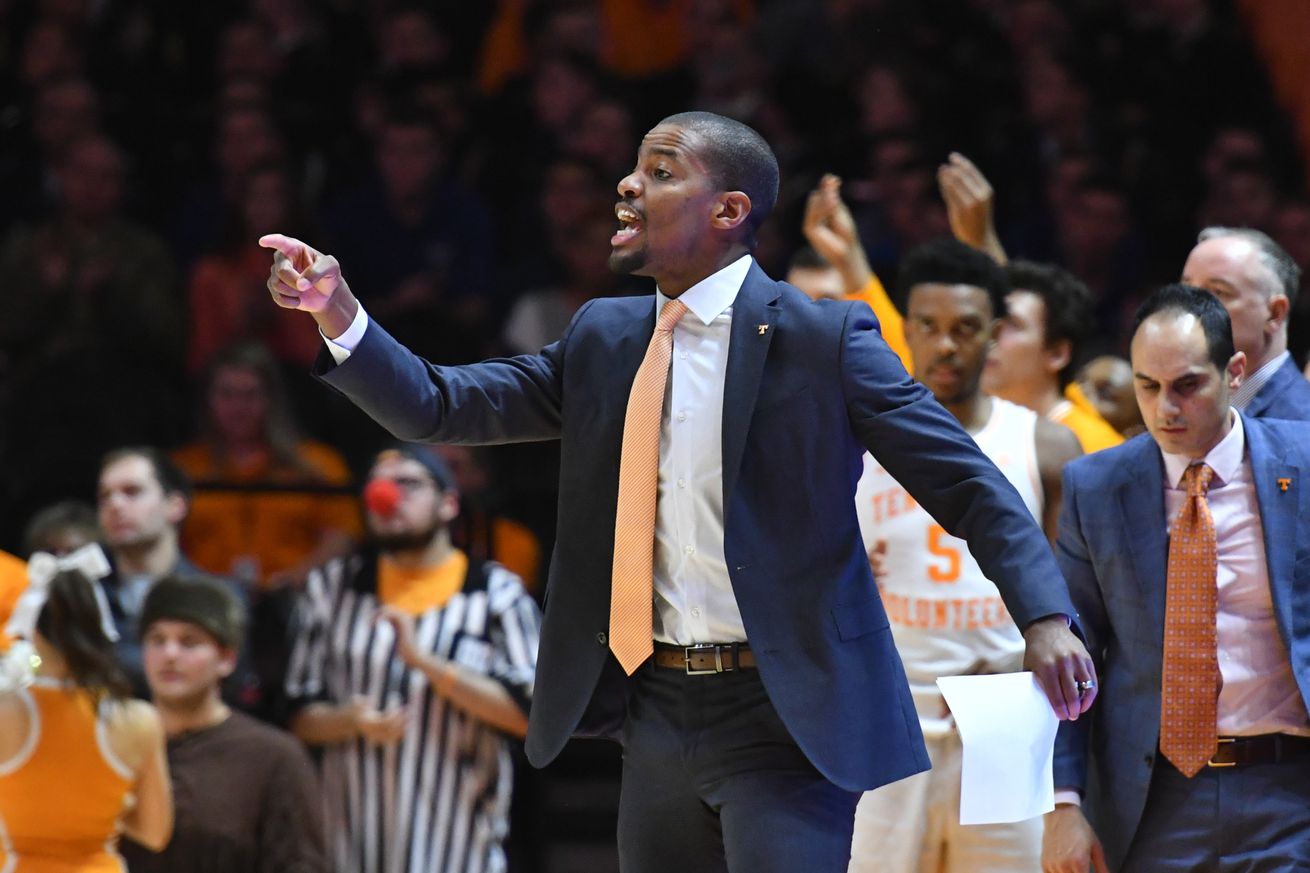 For the second season in a row, Tennessee appeared to be in danger of losing a key basketball assistant to a head coaching opportunity. Kim English, fresh off of his first season in Knoxville with Rick Barnes, was connected to the Southeastern Missouri opening on Monday.

He was labeled a ‘leading candidate’ for the job, but according to Gabe DeArmond, English is planning on sticking with Barnes in Knoxville.

English, a former Missouri Tiger, is on his way up the college basketball coaching ladder. After his brief NBA career ended, he joined the Tulsa coaching staff, then moved to the Colorado staff. Rick Barnes hired him to replace Rob Lanier last offseason, putting him in a good situation to continue his climb over the next few years.

With most of Tennessee’s core returning for next season, along with two five-star guards and a four-star wing joining the team, the odds of the Volunteers taking a big step forward are pretty good. If all goes to plan, English could be a hot name next offseason for a much larger program.