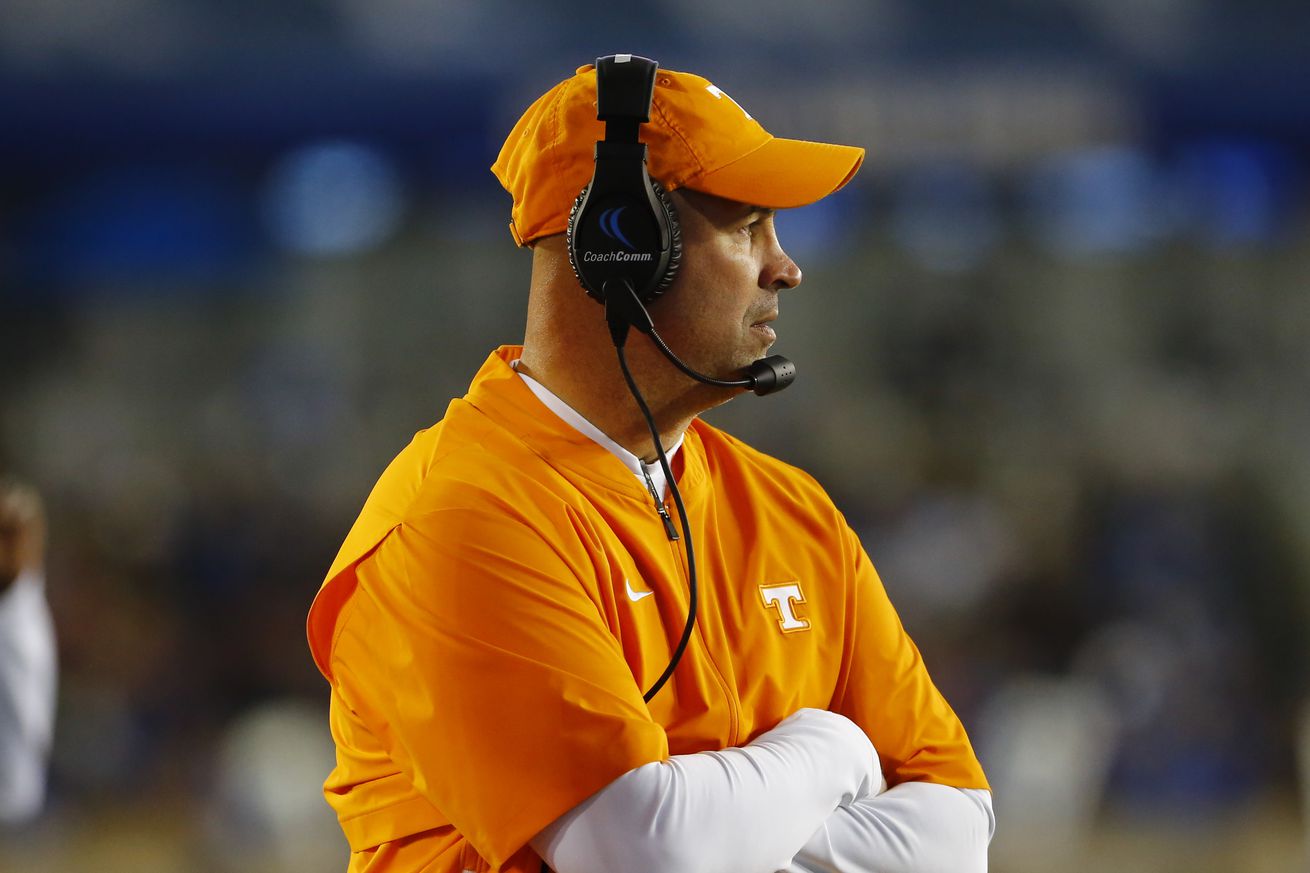 Tennessee has a tough opponent in the Wildcats this weekend. What needs to happen in order to move to 3-1 on the year?

Jeremy Pruitt is 2-0 so far in his career against the Wildcats and Big Blue is back on deck this weekend as No. 18 Tennessee hosts Kentucky in Knoxville.

What do the Vols need to do in order to get the win? Let’s take a look at the three keys to achieving Pruitt’s third straight win over the Cats.

I hate the fact that I have to start this off with something as basic as this, but unfortunately, it needs to be brought up.

As we all know, the Vols finished last week’s game against the Bulldogs with (-1) rushing yard. That’s the epitome of terrible and losing football. Just look at Mississippi State. Outside of the big win over LSU on opening weekend —which is becoming less impressive each week— the Bulldogs have scored just 16 points over the last two games largely because they average under 40 rushing yards per game.

You have to be able to run the ball if you want to win in the SEC. Tennessee’s offensive line has to pick it up this week against a pretty stout Kentucky front that makes up the SEC’s third-best run defense. The Cats are holding opponents to just 3.0 yards per carry, which is also the third-best mark in the conference. This year’s most impressive performance came against the Rebels, who are currently the SEC’s second-best team on the ground. Ole Miss ran for 139 yards, but it was on 38 carries. The Rebels averaged just 3.7 yards per carry in that game compared to 4.2 yards per carry in their other two contests.

“If you can’t run the football, you’ve got a tough day’s work,” Pruitt said after last week’s loss to Georgia.

The Vols are 14-1 since 2000 when they run for 123 yards or more against the Wildcats, so it’s also a proven formula to beat this team. Make no mistake: Tennessee needs to get it done on the ground Saturday.

Kentucky has a very, very good rushing attack and that’s evidenced by the SEC-leading 212.3 yards per game its racked up through the first three weeks of the season. The passing game on its own is serviceable, but as an overall unit, the offense is solid.

However, if you allow Terry Wilson and the passing game to click, then you are in big trouble. All of a sudden, this solid offense becomes nearly unstoppable.

Wilson averages right around 151 yards per game as a passer, which isn’t very impressive, but he doesn’t have to impress anyone in this offense. He just needs to make the correct reads and throws when they present themselves.

Since 2018, the Wildcats are 5-1 since 2018 and average 41 points per game when Wilson eclipses 150 yards as a passer and the team eclipses 150 yards on the ground. That record includes wins over Louisville and Florida, with the one loss coming on the missed PAT against Ole Miss earlier this season. So, the Cats are one bad play away from being undefeated in this context.

Senior receiver Josh Ali will be someone that the Vols really need to pay attention to. He’s easily the team’s best receiver and has quietly put together a top-10 season in the SEC, so far. Where Kentucky can really take advantage of the Vols is over the middle of the field. The Cats’ ground game should help set up RPOs, zone reads, and a lot of misdirection to keep Tennessee off balance.

We’ve seen what happens when you make the Cats one-dimensional. Pruitt did it back in 2018 and the end result was a 24-7 victory for the Vols over the then-ranked No. 12 Wildcats.

3. Find a way to convert third down

I can’t believe we are here…again. But it needs to be discussed after a 4/17 showing against the Bulldogs.

For some reason, this team can’t get it done on third down. Just slightly above LSU, Tennessee remains at the bottom of the SEC in third down conversion rate.

The Vols have to find a way to stay on the field this week. This defense doesn’t have the firepower nor the bodies to keep up with the type of offense Kentucky likes to play. If Tennessee’s offense can’t sustain drives and Kentucky keeps it close going into the fourth quarter, then there’s an excellent shot that the Wildcats will win this game.

There’s really no analysis to provide, here. It’s all about play calling, execution, and confidence when it comes to the money down. Tennessee simply needs to get better or else this season is going to get a lot harder.