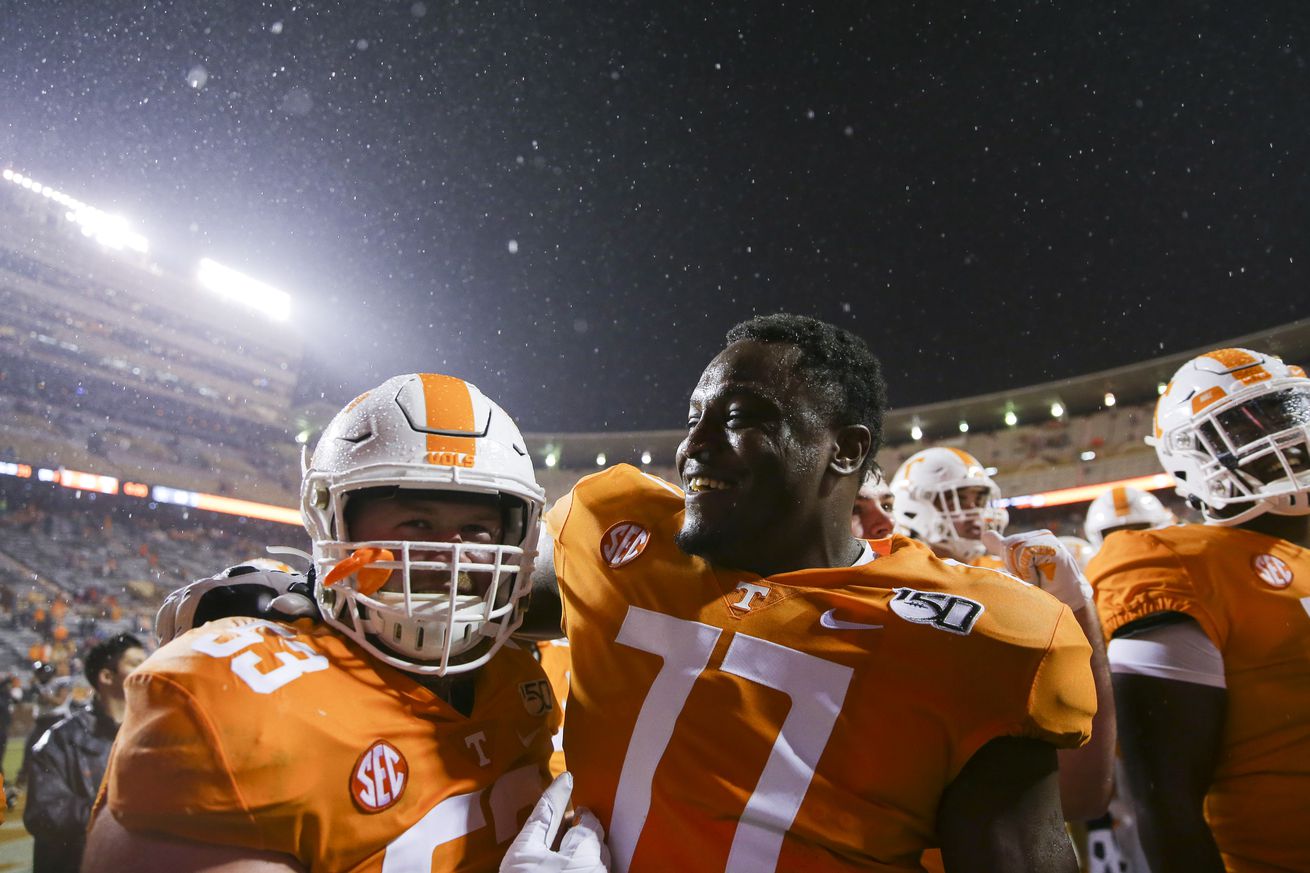 The report from earlier in the week is now official — the NCAA will freeze eligibility this fall. That means every student-athlete that participates in a fall sport will not be charged with losing a season of eligibility.

The move solves a complex issue that could arise if the season were to be put on the shelf due to an uptick in COVID-19 cases. It also rewards the student-athletes for being put through such a strange and shortened season, one that will likely be played with limited fans across the country.

Here’s the official wording from the NCAA.

So what does this mean? It means a senior playing in the 2020 season can return for the 2021 season if they want to. Guys like Trey Smith, Jarrett Guarantano, Brandon Kennedy, Darel Middleton, Ty Chandler etc. can return if they’d like to do so next season.

Obviously, this is going to change the scholarship allotment numbers. Seniors who take advantage of the opportunity to return will not count against the scholarship limit for 2021. Still though, that means more money for programs, many of which are already in tough spots financially.

The Big Ten, Pac-12, Mountain West and MAC have already postponed their fall sports seasons. For everyone else, this offers a chance for potentially five seasons of eligibility. Get ready to update those record books, NCAA.

Also, there’s now virtually no reason not to clear Cade Mays, so that’s something to watch for in the coming days.