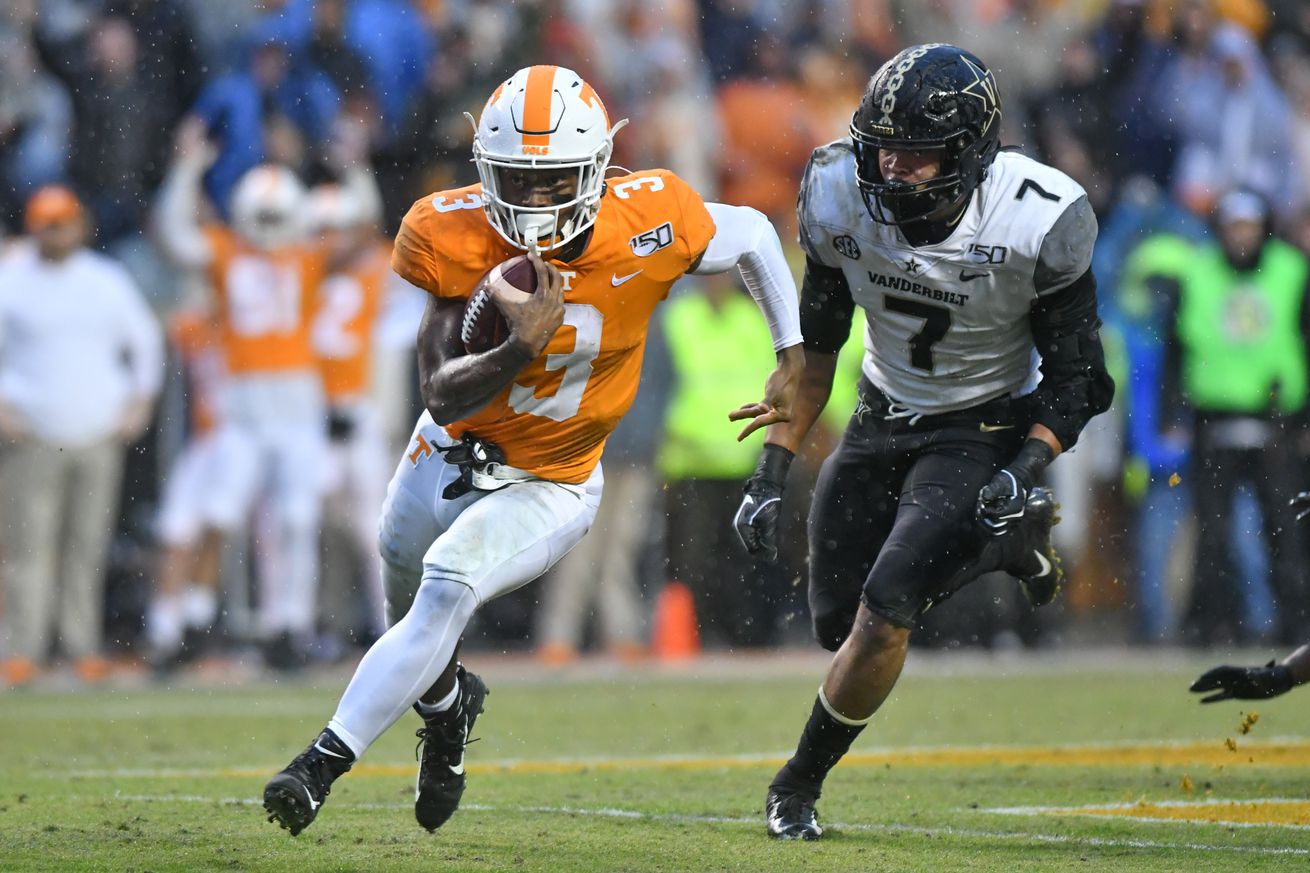 Phil Steele is back at it, offering up more predictions on the upcoming college football season. We’ve already seen his top 25 rankings, which placed Tennessee at No. 20 overall, now he’s released his predictions for the SEC finishing order.

It should come as no surprise that he’s got Alabama and Georgia winning their respective divisions in the Southeastern Conference. Quite honestly, heading into 2020, no other teams seem to be able to match those two programs in terms of pure talent. But what about Tennessee? A program once again viewed as on the rise — what can Jeremy Pruitt accomplish in year three?

According to Steele, it’s going to be another third place finish in the SEC East.

“The Vols just missed making my Most Improved list in Jeremy Pruitt’s first year and went 5-7. Last year, they made my coveted Most Improved list (and won their last six). Pruitt feels they can play with anyone on the schedule and has a more confident team that is his best yet.”

Pruitt was able to rebound from a disastrous start in 2019 which saw losses to Georgia State and BYU, somehow ripping off six straight wins to make a bowl game and finish with eight wins. The momentum and growing confidence was evident, as Tennessee began to find ways to win instead of finding ways to lose. Look no further than the Kentucky and Indiana matchups for proof of that.

We still don’t exactly know what the 2020 season will look like, but assuming we do play at some point, the next step is going to be closing the gap on Florida and Georgia. Tennessee was competitive in Tuscaloosa last season, which is something that I keep coming back to as a measuring stick moment. It’s vital in 2020 that the Volunteers show up against Georgia and Florida and show some progress.

Tennessee is set to begin their 2020 season against Charlotte on September 5th, but that date remains in flux for the time being.