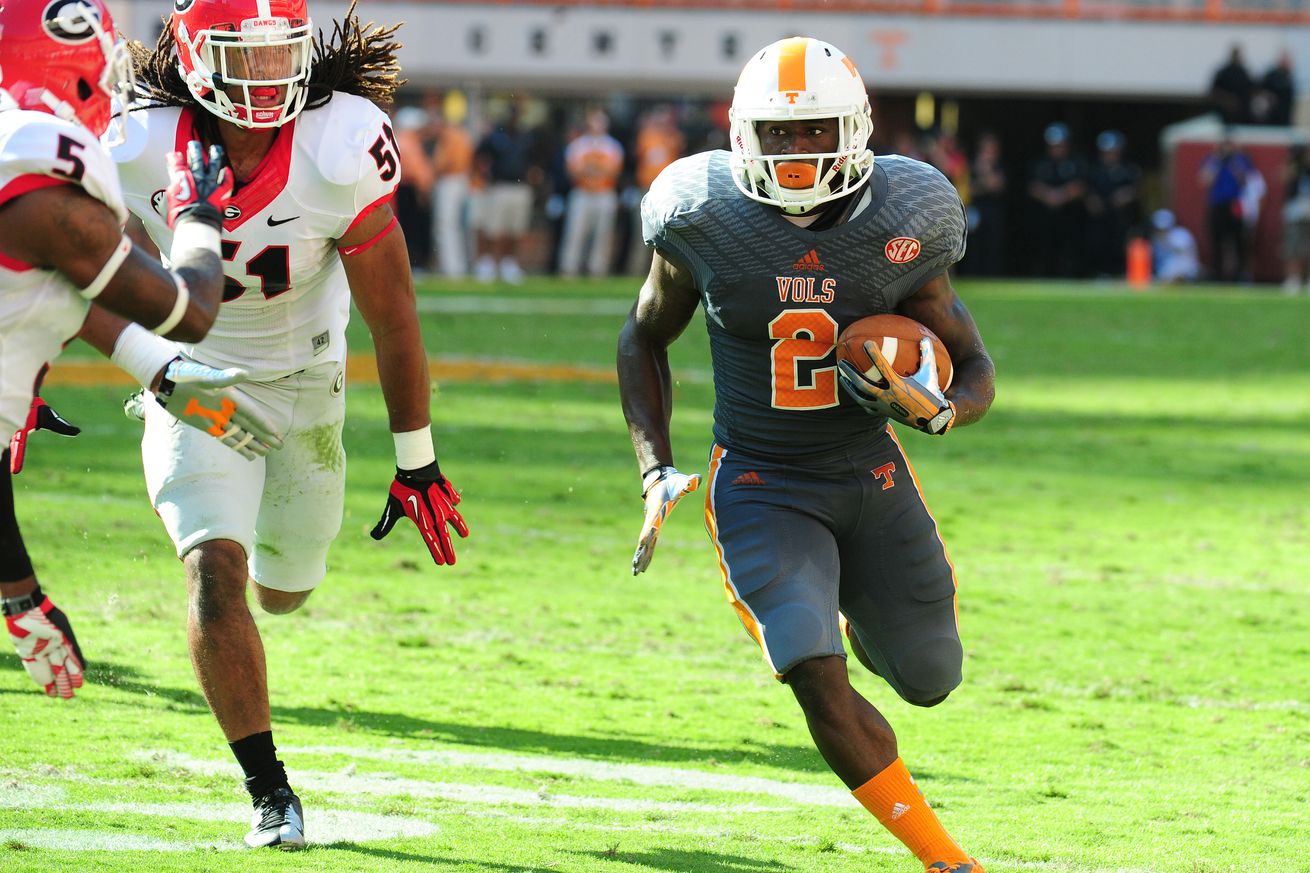 Yet another former player coming out against Butch Jones.

If you need some spice on this Saturday night, former Tennessee receiver Pig Howard just delivered some. Howard went on a Twitter rant this afternoon, airing out some issues with his former head coach Butch Jones.

He began with a story from his NFL days, where he signed with the Bears as an undrafted free agent. Former Tennessee receivers coach Zach Azzanni was the receivers coach in Chicago at the time, which was the obvious link that got him a chance to play for the Bears. Apparently, Butch Jones wasn’t thrilled with Pig getting the opportunity, which seems odd.

Now everything makes since! Teams say they tried reaching out but never got in contact with me. Shame on you coach Butch Jones.

I gave them all my infomation during proday. #FunFact after I got signed to the bears and reunited with my former Wr coach from Tennessee coach Z. We met early before special tee during camp to go over some plays and out of no where coach jones sent him a text

Being negative and Mad about coach Z bringing me in. Coach Z clearly stated I’m giving him 2nd chance what do u think I’m doing? It was clear after that happen that I was black balled by Coach Jones who had my future in his hands. When it came to #JHurd I was the 1st victim.

I been playing sports since I was 7 years old! I was A under-armor All American As well. If you know what its like playing high school football that’s not an easily accomplishment. I worked for everything including a scholarship to Tennessee. We all make mistakes, I can own up

Howard was dismissed during his senior season. Apparently he feels like there’s more to tell on that story.

To that but that wasn’t the reason for my release it was to cover up from the truth. My Own teammates didn’t even know what was going on. They only knew what they was being told. Believe it a lot he turned some brothers against me and some of us still ❤️

He went on to tell a story about his recruitment, where he was recruited by Jones during his time at Cincinnati.

If u peep the Coaches changes before Butch last season which ended with him being fired, and every one above him resigning. That speaks volume. No one is more powerful then #God you can’t stop what’s manifest.

Me and Coach Jones Met when he was The Head Coach at Cincinnati, I was on a Official visit there. We Both Sat down in his office and he did everything he could to get me to commit, but I didn’t a few others did. One thing I can say is coach Jones really knows how to recruit! I’m

Not knocking it that’s why I had them in my Top 5. Out of all my offers they good at what they do, but something was off, so I didn’t commit. Once he Got to Tennessee I thought we was cool but time reveals character. I played cause my talent not we was pals.

Howard finished his Tennessee career with 1,014 yards receiving. He made his biggest impact in 2014 as a junior, catching 54 passes for over 600 yards.

He’s just the latest to come forward with Butch Jones frustrations. Jalen Hurd aired his issues out in 2018, telling Bleacher Report why he left Tennessee. Chris Weatherd talked through some issues in an interview earlier this year. There were clearly issues in that locker room, as further evidenced by the bizarre Shy Tuttle situation in 2017.

Jones remains at Alabama working under Nick Saban, now with the title of special assistant to the head coach. He’s been connected to a few other jobs during his time in Tuscaloosa, but nothing has come together for him just yet.

Stories like this one from Howard won’t help Jones’ case.