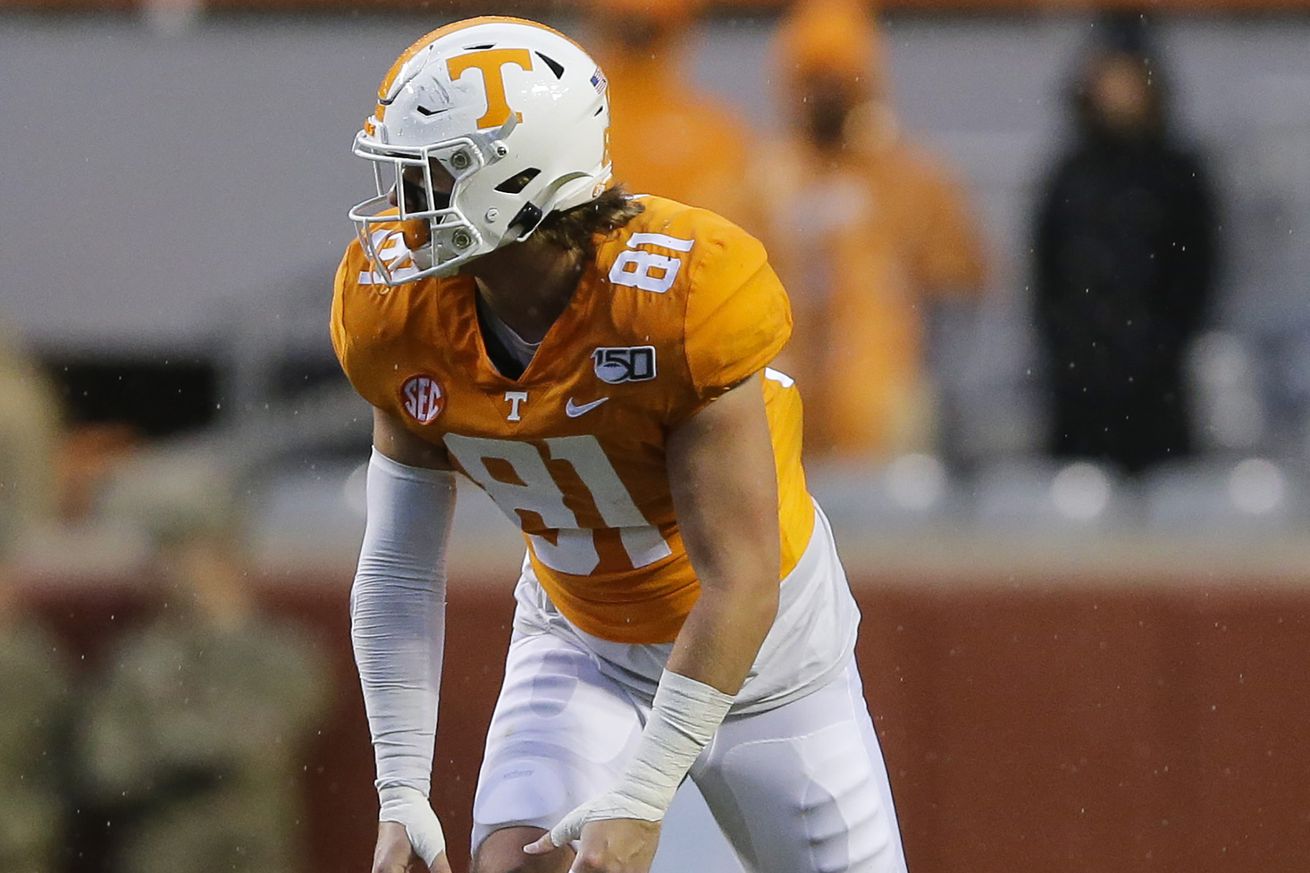 An important piece of the offense could be in place against South Carolina.

The tight end position was already a giant unknown for Tennessee entering 2020, and an injury to Austin Pope clouded the outlook even more. Pope was the only returning body with experience at the spot and was a vital piece of Tennessee’s rushing attack last year.

So naturally, when Pope announced that he was having back surgery this summer, it was a big blow for the Volunteers. Pope’s tone didn’t sound all that optimistic in his announcement, and his absence would have forced Tennessee to lean on a few guys with zero playing experience.

However, after a few practices, Pope is actually progressing towards playing in the opener.

Pope is the likely replacement for Dominick Wood-Anderson, who started every game for Tennessee last season. Pope doesn’t have much on the statsheet, but he’s been praised for his ability to block and help out in the running game. He will likely have a more versatile role this fall.

Behind him are a bunch of guys that have been in the program, but have yet to make an impact. Princeton Fant, Jackson Lowe, Sean Brown, Jacob Warren and Jordan Allen will each be battling for playing time behind Pope in a race that feels wide open at this point.