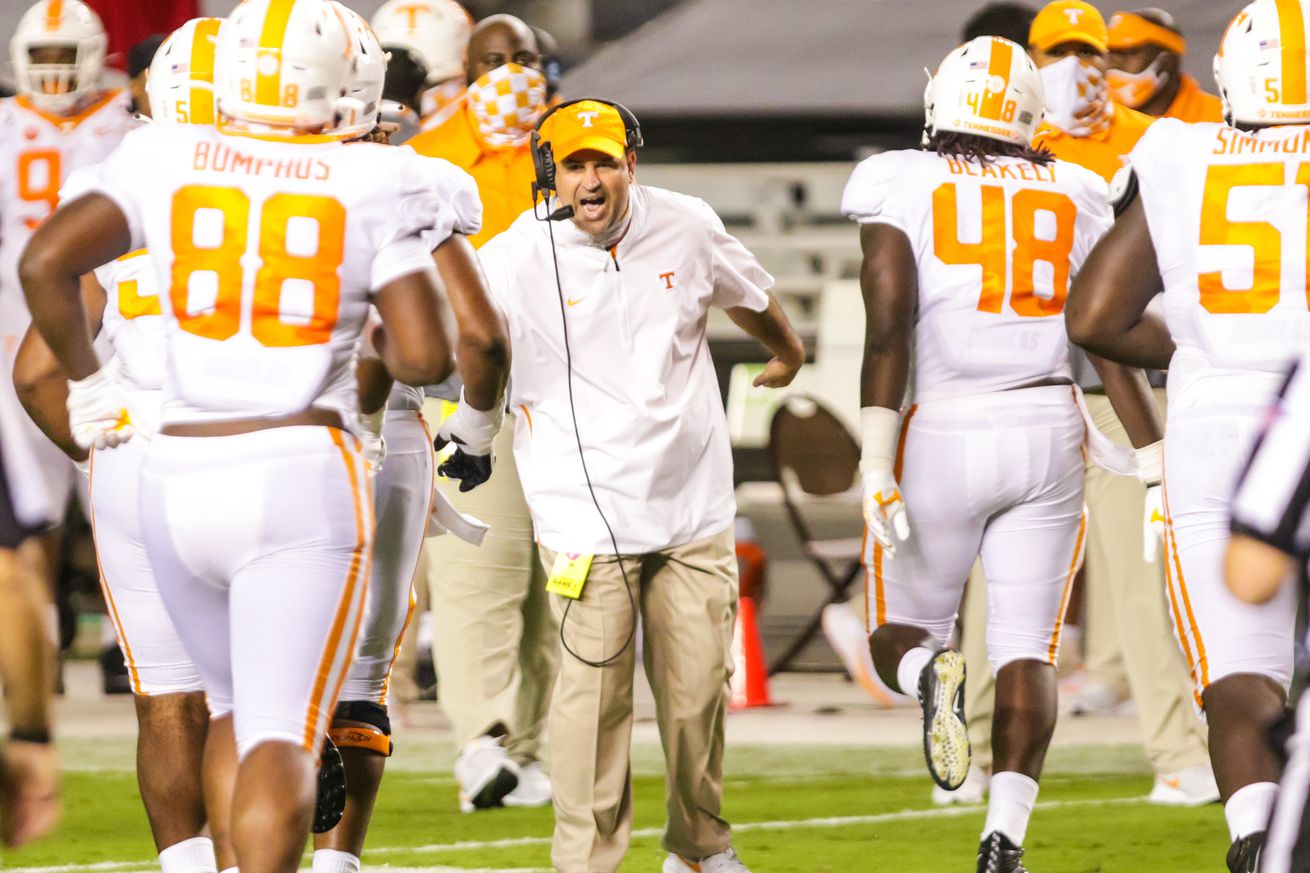 From very early on in the game Saturday, Tennessee set an aggressive tone. Now with Cade Mays cleared and in the lineup, it was clear what Tennessee’s plan would be against Missouri — they wanted to simply run through the tigers.

So when Jeremy Pruitt was presented with multiple opportunities early in the game to win at the point of attack and pick up a yard on fourth down, that’s exactly what he did.

Jarrett Guarantano converted two one-yard quarterback sneaks on the first drive of the game, allowing Tennessee to punch it in and take a 7-0 lead.

“I mean, it’s got to be a mindset, you know,” Pruitt said after the game. “I talked to our team about it. We’re not living in fear. All these guys came here with all the unknown. We didn’t know what to expect with this virus. There wasn’t nothing that happened in the past to draw upon. So we’re sure not going to play in fear or coach in fear.”

Not only was Tennessee bold in their strategy to go for it, but they did it with tempo. There wasn’t an ounce of hesitation from Pruitt, and the offense was on the same page and ready to execute.

All in all, Tennessee ended up going 4-4 on fourth down for the day. Their physicality at the line of scrimmage couldn’t be matched by Missouri, and the coaching staff knew it. The Volunteers ran 51 times for 232 yards, giving us a glimpse of what this offense could be.

Will the same plan be in place next week against Georgia? We’re about to find out what this offensive line is truly made of. The Bulldogs held Auburn to just six points, so they’re going to have their work cut out for them.