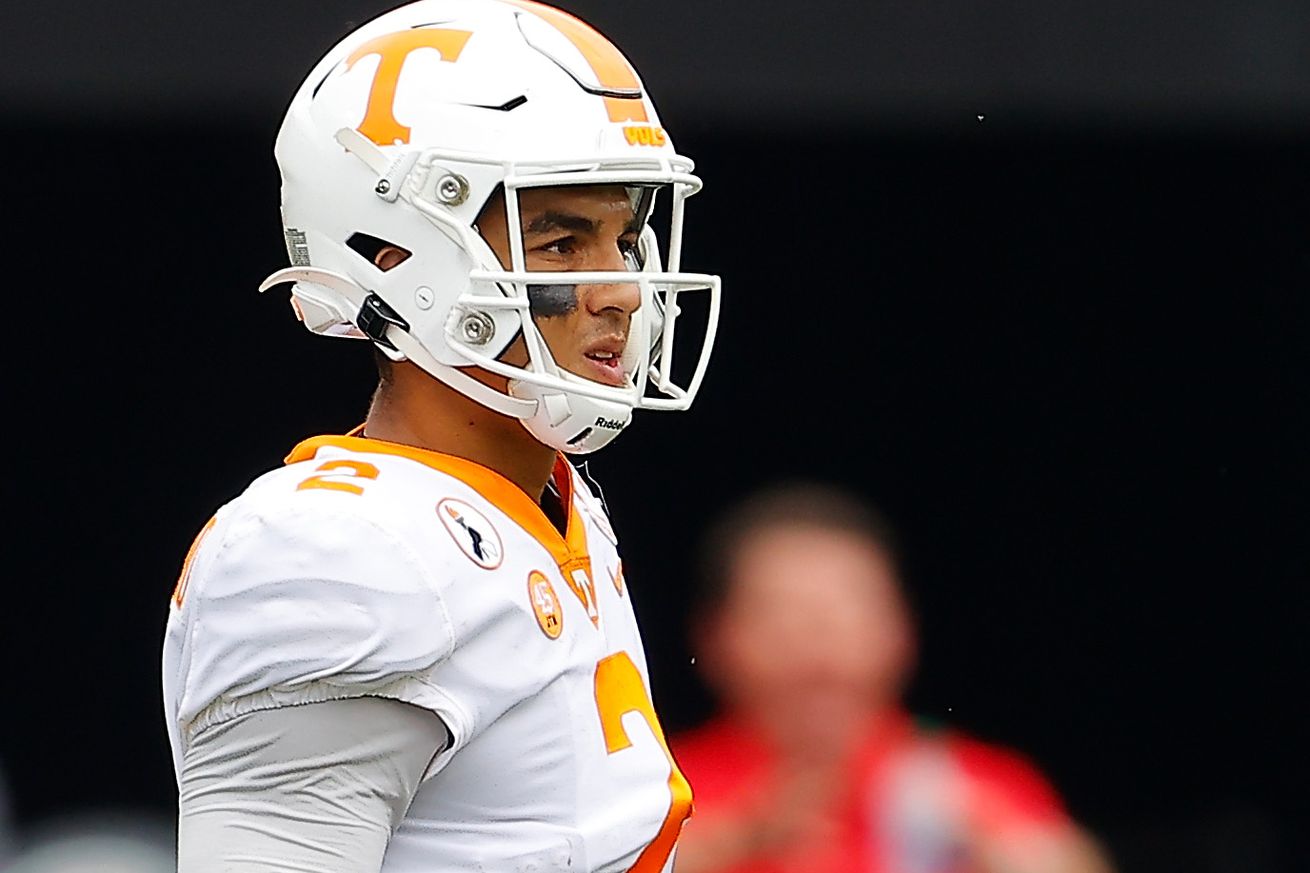 Is a change coming?

After a 34-7 thrashing at the hands of the Kentucky Wildcats, everything is being re-evaluated for Tennessee football. One of the main decisions is set to come at the quarterback position.

Jarrett Guarantano had a disaster of a game against Kentucky, tossing two pick-sixes and losing another fumble. The mistakes for the fifth-year senior are beginning to pile up, and the Tennessee staff may finally be forced to take action.

J.T. Shrout entered the game for Guarantano after the second interception, only to throw an interception himself. Five-star freshman quarterback Harrison Bailey got some work in at the end of the game, the first action of his Tennessee career.

But who will start at quarterback for Tennessee against the Crimson Tide? For the first time in a long time, Jeremy Pruitt didn’t give a clear answer after the loss to Kentucky.

“Everybody in our organization has to look and see what went wrong. We could make changes at any level.”

This decision is obviously a big one, considering how bad Tennessee has been at the position over the last four seasons. At a certain point, you don’t gain anything from trotting Guarantano — a fifth-year senior — out there once again in a year where eligibility doesn’t count.

We may have arrived at that point today. At the same time though, do you really want to throw Harrison Bailey in there to make his first start against Alabama?

It’s a complicated decision without a clear answer. The only thing certain at this point? Tennessee fans suddenly have very little hope for the remainder of the 2020 season.