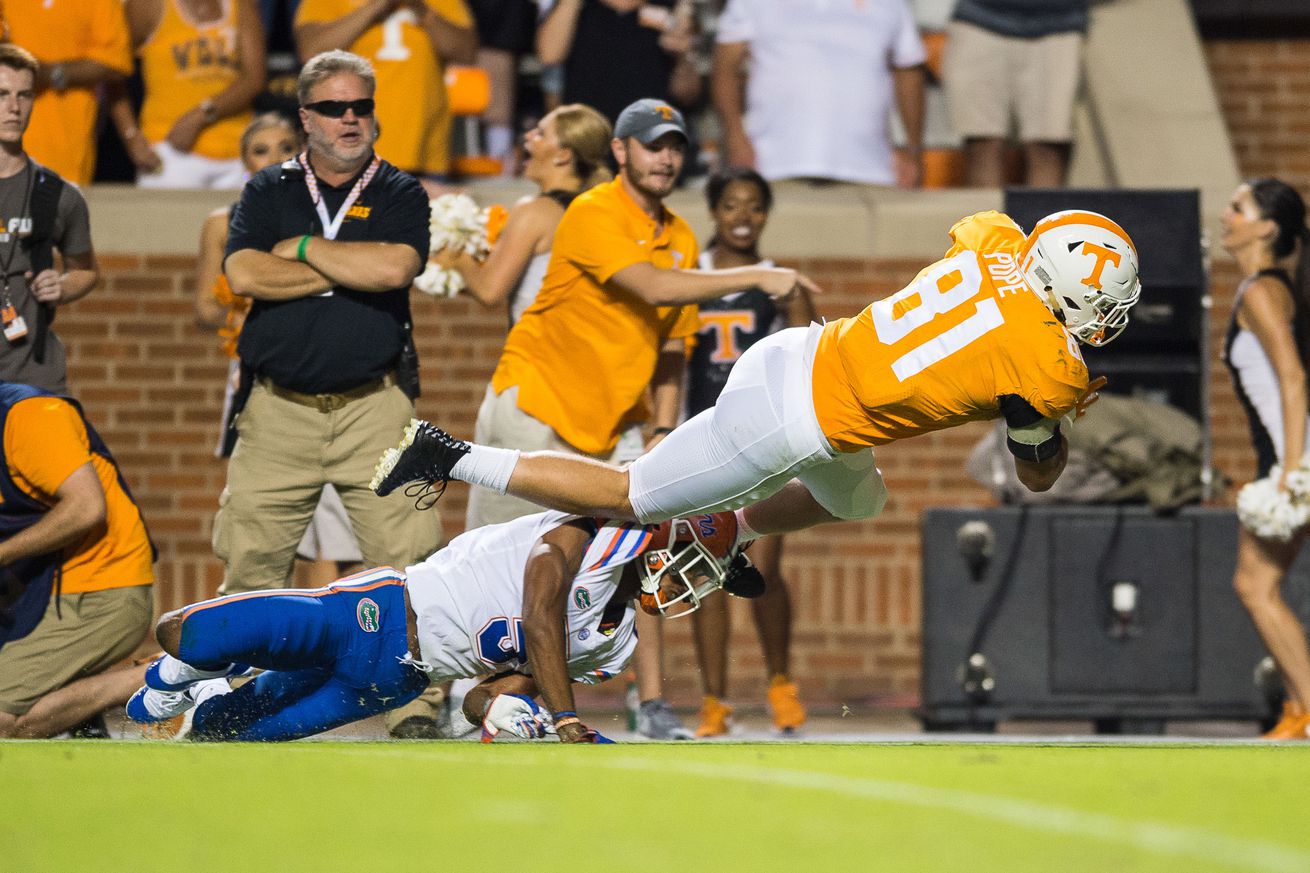 The tight end position has been a focus throughout camp for Tennessee, simply because of the unknown there. Things got a little more dicey over the summer, when Austin Pope announced that he had surgery on his back for a herniated disk.

Tennessee head coach Jeremy Pruitt initially sounded optimistic that Pope would be able to return in 2020, but now, things aren’t looking so good. Pope was ruled out for the opener against South Carolina earlier in the week, and now it sounds like he has an uphill battle to play at all this season.

“The tight end position, Austin Pope is not going to be ready to play and probably won’t play this year,” Pruitt announced on Vol Calls on Wednesday night.

Pope was the only tight end with legitimate playing experience on the roster. The position got even thinner when Jackson Lowe announced that he was entering the transfer portal last week.

Tennessee’s unofficial depth chart listed three potential starters — Princeton Fant, Jacob Warren and Sean Brown. You’ll probably see plenty of each of those three on Saturday night, and it will be interesting to see if anyone stands out.

Dominick Wood-Anderson almost never came off the field for the Volunteers in 2019. Austin Pope handled a lot of work in the run-blocking scheme. Needless to say, there are a ton of snaps up for grabs at that position this fall.