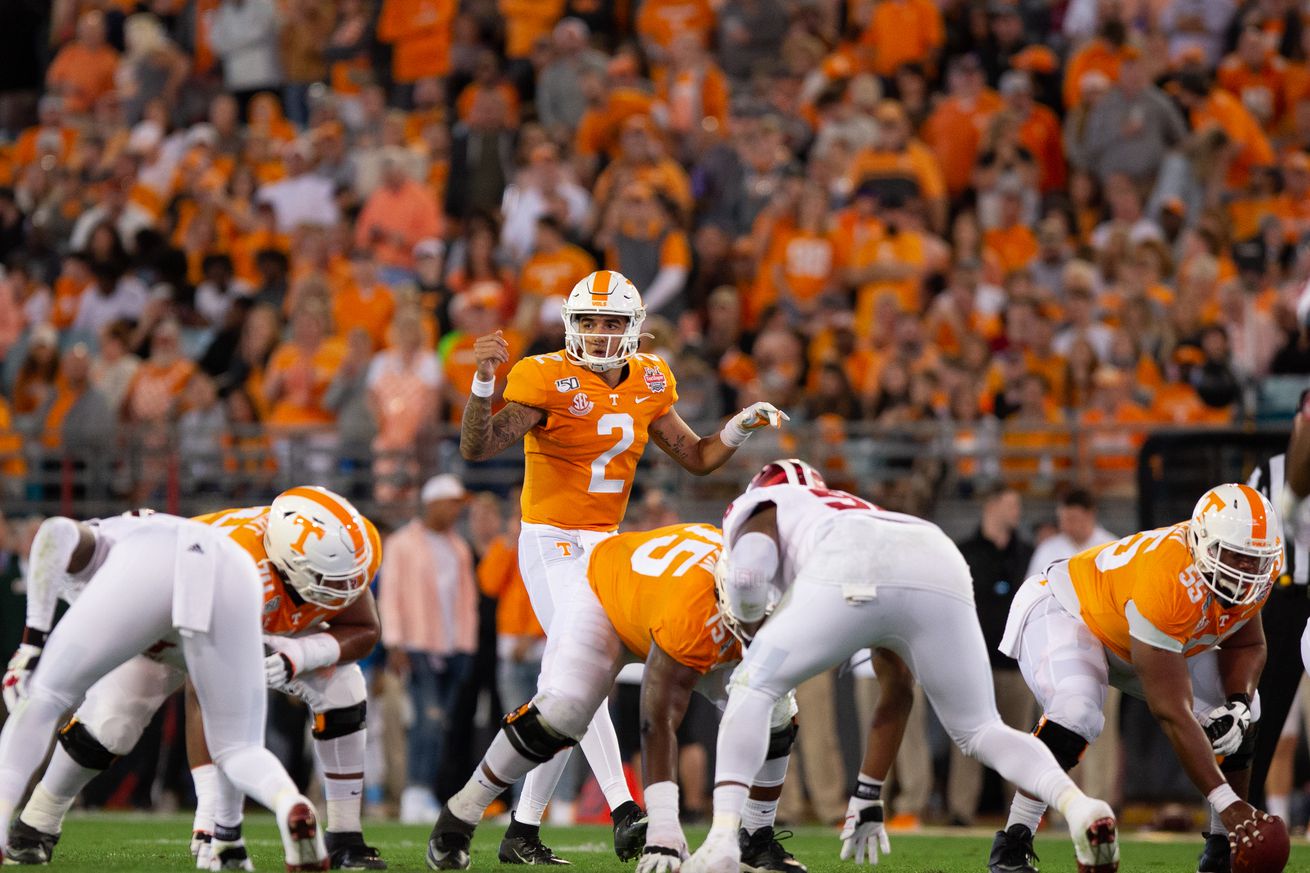 Spring is here, meaning football is temporarily back. Tennessee got their first practice in on Tuesday afternoon in Knoxville, working towards a 2020 season filled with expectations to win.

The main storyline during camp is easily the quarterback position. Jarrett Guarantano will return for his senior season, while J.T. Shrout and Brian Maurer will come back for their sophomore seasons. Harrison Bailey and Jimmy Holiday enter the picture as early enrollees, along with Kasim Hill — a transfer from Maryland.

As Tennessee settles into year No. 2 in Jim Chaney’s offense, finding a consistent option at quarterback is the main objective this offseason.

“We have to figure out who our first, second and third quarterback is,” Pruitt said after Tennessee’s first spring practice. “They will have a chance to do that throughout the spring. That’s for every position. In this business, you’re only as good as your last game, whether you are a coach or a player. There always needs to be competition so everyone will be at their best.”

Guarantano is the logical favorite, considering his experience. During his junior season, Guarantano was both benched, then came off the bench to win a couple of games for the Volunteers. Down the stretch, the best option under center was clear, but Guarantano has to find some sort of consistency as a senior.

“Jarrett is a guy that has played a lot of ball,” Pruitt said. “When you look at all three of those guys, there are a lot of positives that they do. We have to eliminate a few mistakes that we made last year. With another year in the system, that is something that we are working on. We have a couple other quarterbacks in that room. Harrison Bailey, Jimmy Holiday, Kasim Hill, they are taking the same amount of reps too.”

Tennessee fans are waiting to see what Harrison Bailey can do. The former five-star prospect committed to Tennessee back in 2018. Now on campus, Bailey will get a chance to make some early noise in the spring. Jimmy Holiday also enters the fold as a bit of a project, but his athletic ability gives Tennessee something that they don’t have at the position.

According to Pruitt, Guarantano, Shrout, Maurer, Bailey, Holiday and Hill will receive equal reps at the position to kick things off. The battle will go from there.

“The plan right now is to rep six guys,” Pruitt said. “If there is a point in time where we feel like someone eliminates themselves, we would go down.”

Spring practice will end with the annual Orange and White Game on April 18th at 4 p.m. ET at Neyland Stadium. That will serve as our first live look at the quarterback battle in a game setting — the last time we’ll have that opportunity before the opener against Charlotte on September 5th.