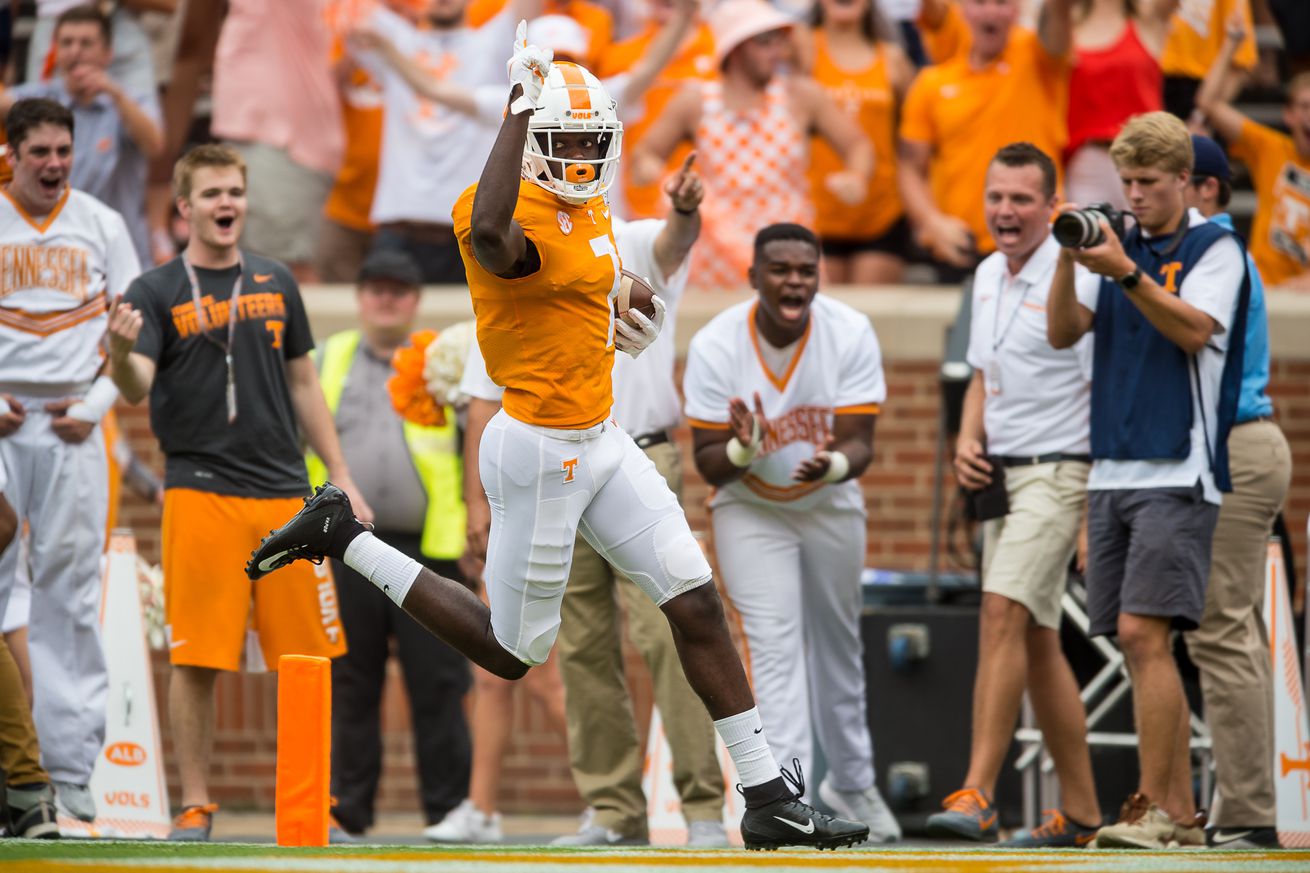 A nice asset for Tennessee.

Not too long ago, Brandon Johnson led the Tennessee Volunteers in receiving. The year was 2017, yes that dreadful 2017 season, and Johnson led the team with a pedestrian 482 yards.

As Jeremy Pruitt’s staff moved in, Johnson basically moved out of the wide receiver picture. Marquez Callaway, Jauan Jennings and Josh Palmer took over, leaving Johnson to catch just 14 passes for 132 yards in 2018. His senior season began and it was immediately evident that it was going to be more of the same, which is why Jeremy Pruitt approached him with an option to redshirt. Johnson took it, knowing that Callaway and Jennings would be moving out of the offense in 2020.

Now he’s set to take a second shot at his senior season and ready to finally make an impact once again.

“It wasn’t fun sitting back and watching my teammates go to battle every game last season,” Johnson said last week. “But now that I’m in it and now that we’re getting so close to game time, I’m just excited. I can’t wait to go.”

Johnson will be a part of Tennessee’s top receiver options, which also includes Josh Palmer, Ramel Keyton, Cedric Tillman, Velus Jones Jr. and a handful of freshmen. He worked primarily out of the slot in 2017, but that was with a different coaching staff.

“I think that time off really just helped me take a step back and look at the game from the outside in, so to speak,” Johnson said. “It really allowed me to kind of get my game in order as far as mentally, working on the physical aspect as well. You can never stop working in the game of football. There’s so much you can do to improve yourself, whether it be mentally or physically. I just kept working all around on my game.”

One added benefit of Johnson taking a redshirt season will be added experience in the offense. Tennessee now has another veteran body at receiver entering his second season under Jim Chaney and Tee Martin, which could be an advantage for the Vols considering the strange offseason everyone went through.

Palmer and Johnson will ease the blow of losing Callaway and Jennings, and a veteran offensive line returning five starters from 2019 is exciting to think about, considering all the factors.