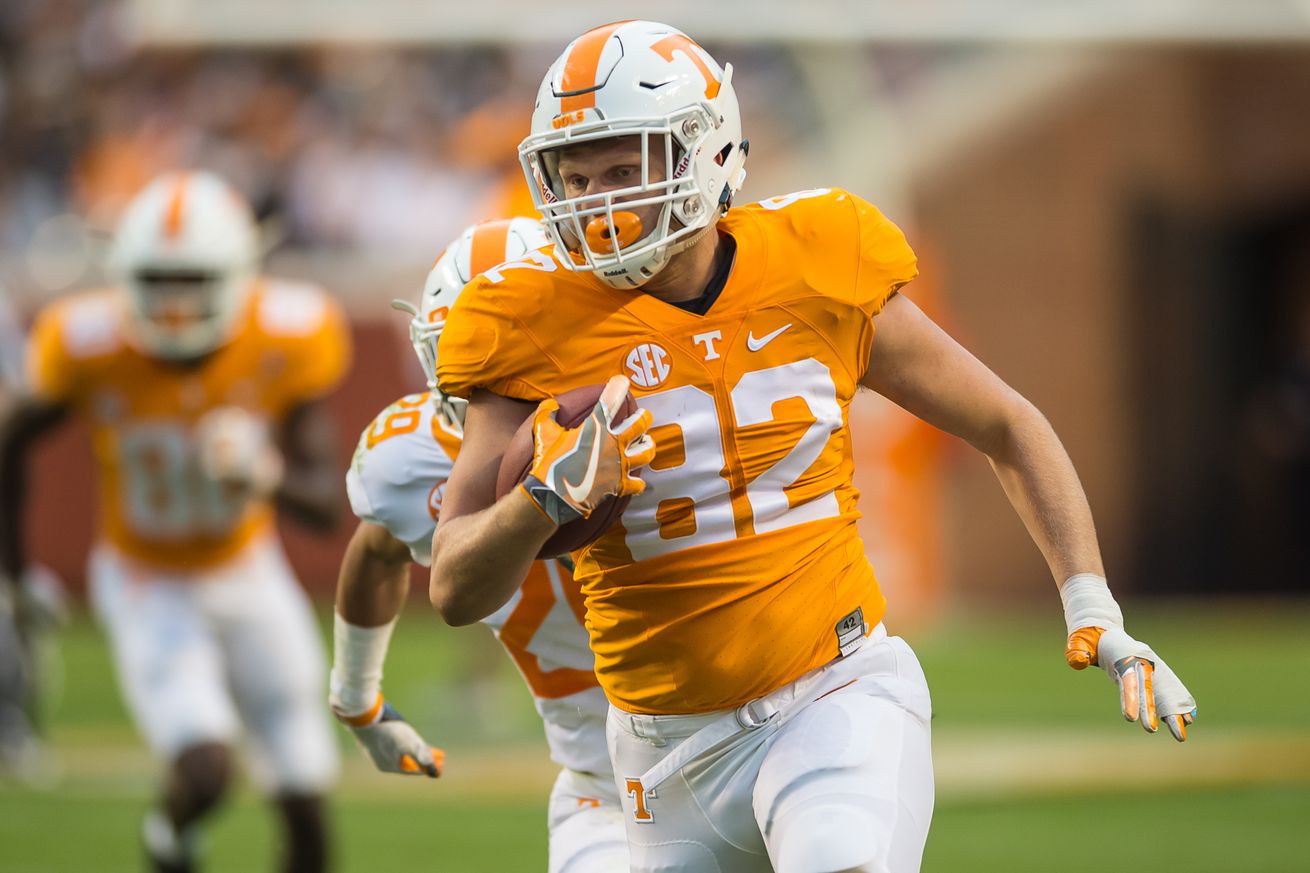 What this means for a position with a ton of question marks.

Some of the questions at tight end were seemingly answered on Wednesday. David Ubben with The Athletic reported that redshirt freshman tight end Jackson Lowe has entered the transfer portal.

Tennessee TE Jackson Lowe has entered his name in the transfer portal, @TheAthleticCFB has learned.

Lowe was a four-star signee and the nation’s No. 12 TE in the nation in the 2019 class. Lowe’s name no longer appears on Tennessee’s online roster.

Lowe signed as a 4-star recruit and the 341st ranked player nationally in the 2019 recruiting class. Tennessee gained his commitment fairly early in the process, and despite later pushes from programs like Florida, Lowe remained with the Volunteers. He was more of a true receiving threat when he signed. The hope was that he would gain mass in the training room and turn into a do-it-all tight end. There was always an understanding that he would not be an immediate impact player.

Wednesday’s report might imply that Lowe was likely falling behind in the tight end competition. Tennessee isn’t particularly deep there, with only one proven starter in Austin Pope. Pope went through offseason surgery as well, which obviously threw his status in doubt.

The competition was supposed to be between Princeton Fant, Jackson Lowe, Sean Brown, Jacob Warren, and Jordan Allen. 2020 signee Dee Beckwith would have been another option, but he is apparently getting more reps at running back.

Lowe’s decision is still a bit of a head scratcher. Even with a crowded room, that gives someone like Lowe the opportunity to make a huge impression and grab the spot for the next couple of years. He had a high ceiling as a recruit so it’s not a talent issue.

There are some signs that the staff is not crazy on their current tight end room either. They already have four projected tight ends committed in the 2021 class, with 4-star Hudson Wolfe, 3-star Miles Campbell, 3-star Roc Taylor, and 3-star Trinity Bell. Though at least one of the latter three will likely switch to defensive end.

It still hurts to lose talent at a position with a lot of unknowns. How the Volunteers approach the situation going forward will be crucial.