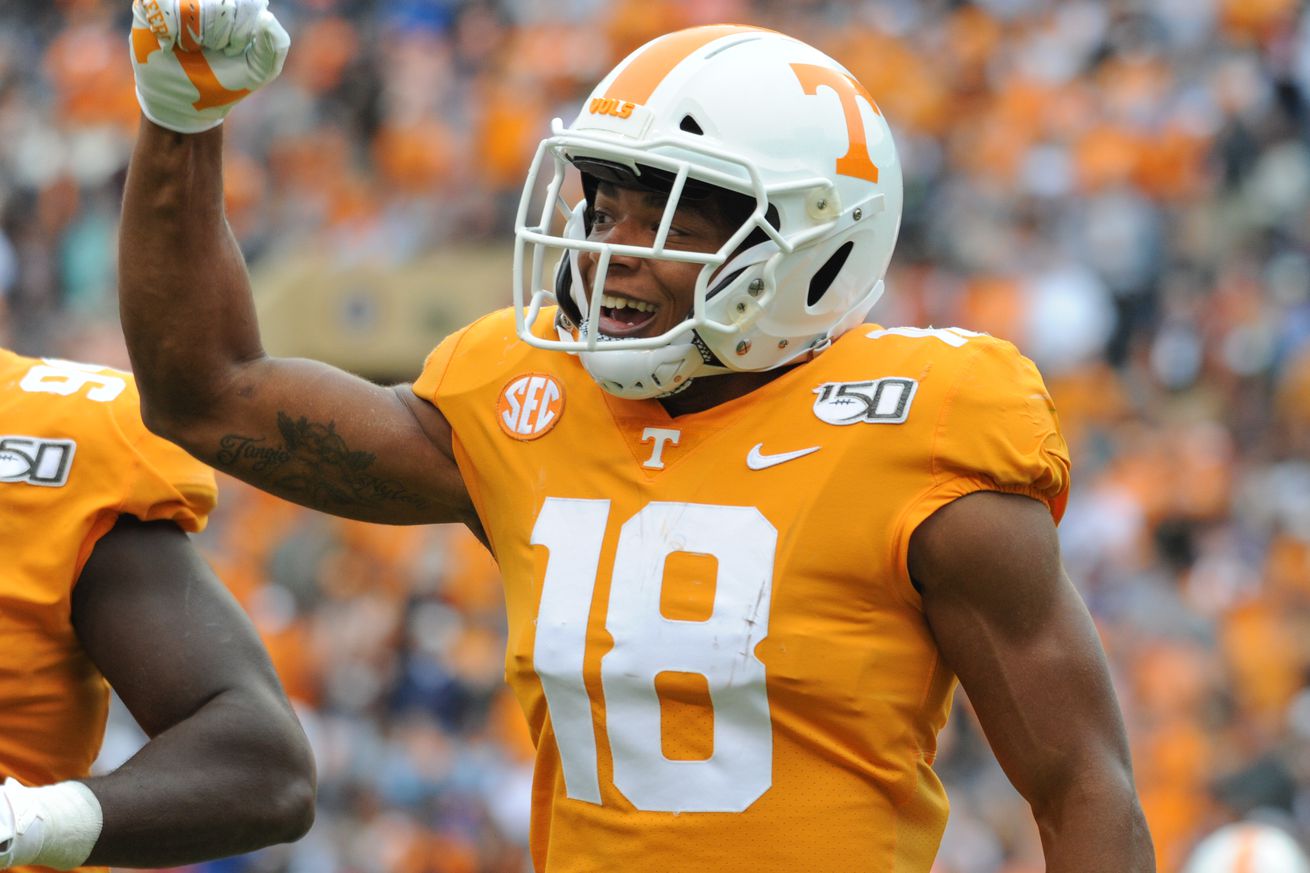 Nigel Warrior should be able to find his way onto a NFL roster. | Randy Sartin-USA TODAY Sports

Tracking down the remaining undrafted Vols and where they land.

The Tennessee Volunteers had a decent showing in the 2020 NFL Draft. Darrell Taylor was selected by the Seattle Seahawks with the 48th overall pick in the second round and Jauan Jennings was drafted by the San Francisco 49ers with the very last pick in the draft (No. 255).

As we all know, it doesn’t mean a player’s dreams are over just because they aren’t drafted. Undrafted free agents still have a great chance to make an impact in the league. Just look at Justin Coleman and Emmaunel Moseley, for instance.

So who are the remaining Vols looking for a NFL home after the draft? Let’s find out.

Warrior played all four years of his career on Rocky Top and made huge strides under Jeremy Pruitt. In fact, Pruitt recently talked about how he is just scratching the surface of his potential after earning a spot on the Associated Press’ 2019 All-SEC First Team.

Jennings’ running mate is a jump-ball guy who can high-point the ball down the field in a vertical passing attack. He can return punts and has size and speed, which should help him land on a training camp roster somewhere.

This guy was a monster for the Vols in the middle and will be missed in 2020 and beyond. He’s just the second Vol to lead the team in tackles for three straight seasons and was a 2019 All-SEC Second Team selection.

DWA had some good moments on Rocky Top. The former No. 1 overall JUCO recruit should be able to compete for a roster spot during camp.

There were some pretty high hopes for Byrd when he arrived in Knoxville and even though he didn’t fully live up to expectations, Byrd still produced during his career. He’s versatile, which may get him on a roster.

These are the rest of the Vols who are considered undrafted free agents: