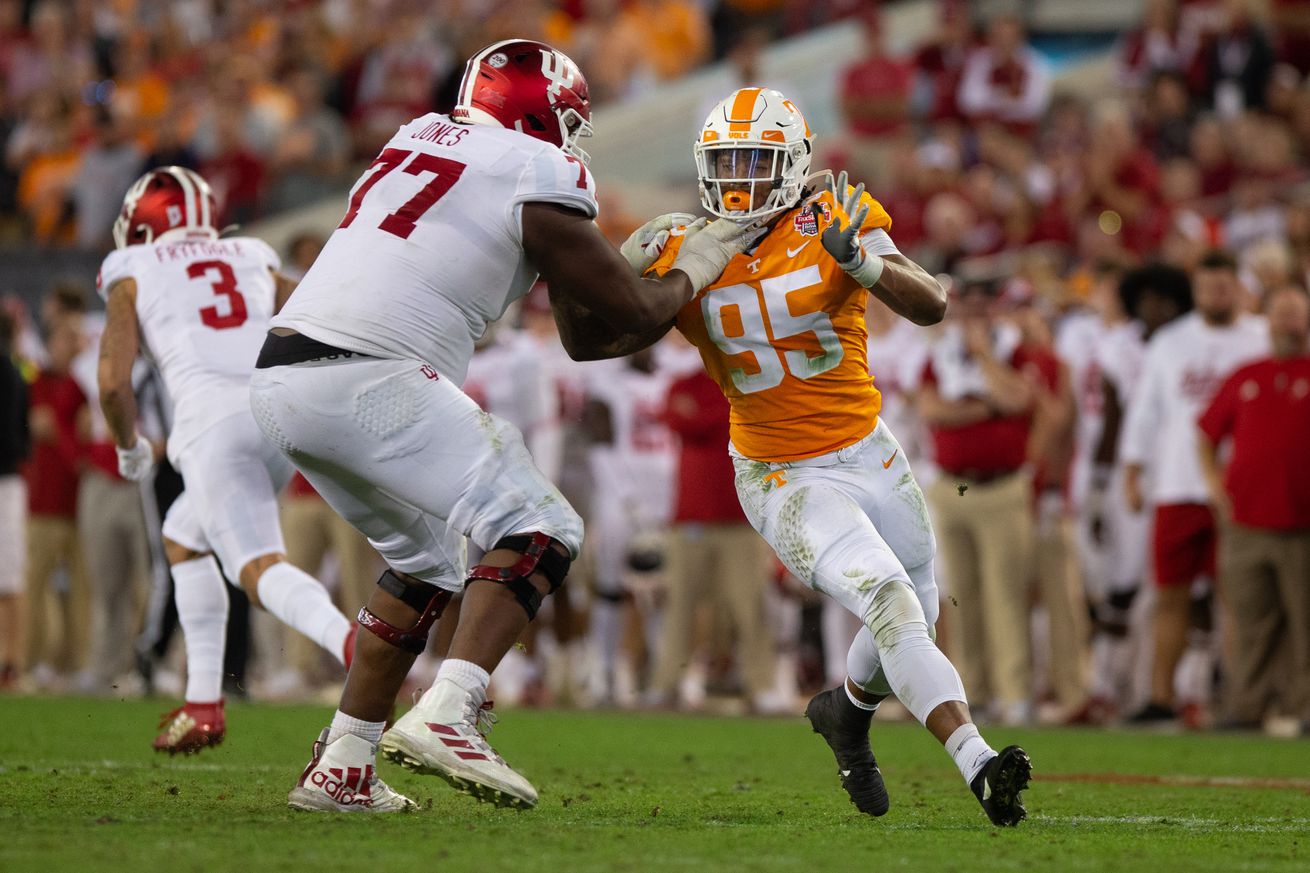 All of our opinions.

The Tennessee Volunteers will open their 2020 season this weekend on Saturday night against the South Carolina Gamecocks. This is perhaps the least information that we’ve ever had entering a season, thanks to no spring practice or spring game.

So just like every season, we all have our concerns. In this post, the staff got together and compiled their concerns in one place. The results are below — add yours in the comments!

Maybe this changes later in the year, but Tennessee is unproven and inexperienced on the edge right now. Veterans Kivon Bennett and Deandre Johnson are there, along with young guys like Roman Harrison, Morven Joseph and Tyler Baron. Derrick Ansley and Shelton Felton badly need a couple of those guys to emerge and win one on one battles on the outside. If not, Ansley will have to continue to bring creative blitz packages in order to generate pressure.

There’s a different level to Pruitt and Ansley’s defenses, but we won’t see it until Tennessee’s edge defenders can get home by simply winning at the line of scrimmage.

I could easily go quarterback, here, but the contrarian in me is showing up for this topic. Plus, there are tons of questions at the receiver position.

The Vols have a proven guy in Josh Palmer, but can he take the next step and be the No. 1 guy in the passing attack? If he misses significant time, who steps up in his place?

Don’t get me wrong, there is a ton of potential in Jalin Hyatt, Ramel Keyton, Velus Jones Jr., and others, but what if they don’t take the next step in their development? We know the Vols prefer to run the ball and will run as often as they can, but they’ll have to throw it, eventually.

If the young guys don’t step up and something happens to where Palmer misses time, then this position group will be in trouble and I’m not sure if they’ll be able to recover before season’s end.

I don’t think there’s a single position with more underlying worry than quarterback. Every other spot on the field has either proven depth, loads of talent, or both. With quarterback, the proven commodities (Jarrett Guarantano, Brian Maurer) aren’t very proven, and the high-ceiling option (Harrison Bailey) is a true freshman. Even if you’re one who believes Guarantano is going to turn the corner—you have to admit that skepticism is warranted. Making a major leap in your redshirt senior year doesn’t happen too often. The truth is he has yet to put together a full season of above average play.

I’m gonna agree with Clint here and say quarterback. My reasoning is two-fold: First because the position was so up down last year for Tennessee, and second because it’s absolutely the most important position on the football field. If a team is good enough everywhere else, you can win with decent or so-so quarterback play. But it’s nearly impossible to mask downright poor play from the offensive field general.

The best case scenario is something clicks for Jarrett Guarantano. He got the lion’s share of playing time last season but was benched a couple times for ineffectiveness. Maurer was the first guy off the bench, but JT Shrout played, too. Neither backup option played well enough to keep the starting gig, and oddly enough, Guarantano actually played better in games when he came off the bench. These three guys have been on campus long enough and put enough snaps on film that they’re known quantities for the staff. Marquez Callaway and Jauan Jennings bailed the QBs out with great catches in jump-ball situations over the last two years, but now they’re gone leaving Josh Palmer and Brandon Johnson as the only two returning pass catchers who’ve played more than one season of football at Tennessee.

Freshman Harrison Bailey is the wild card here. He was a top-five QB prospect in the 2019 class and looks like he has the tools to be an SEC starter. Pruitt doesn’t have an aversion to playing young guys, and I’d say Bailey gets some looks this year since it won’t have an effect on his eligibility clock.

Guarantano’s going to start week one, but the rest of the depth chart in still in flux. I have no idea how it all shapes out, but the fallout from this situation will have more impact on the team’s relative success or failure than any other position on the team.