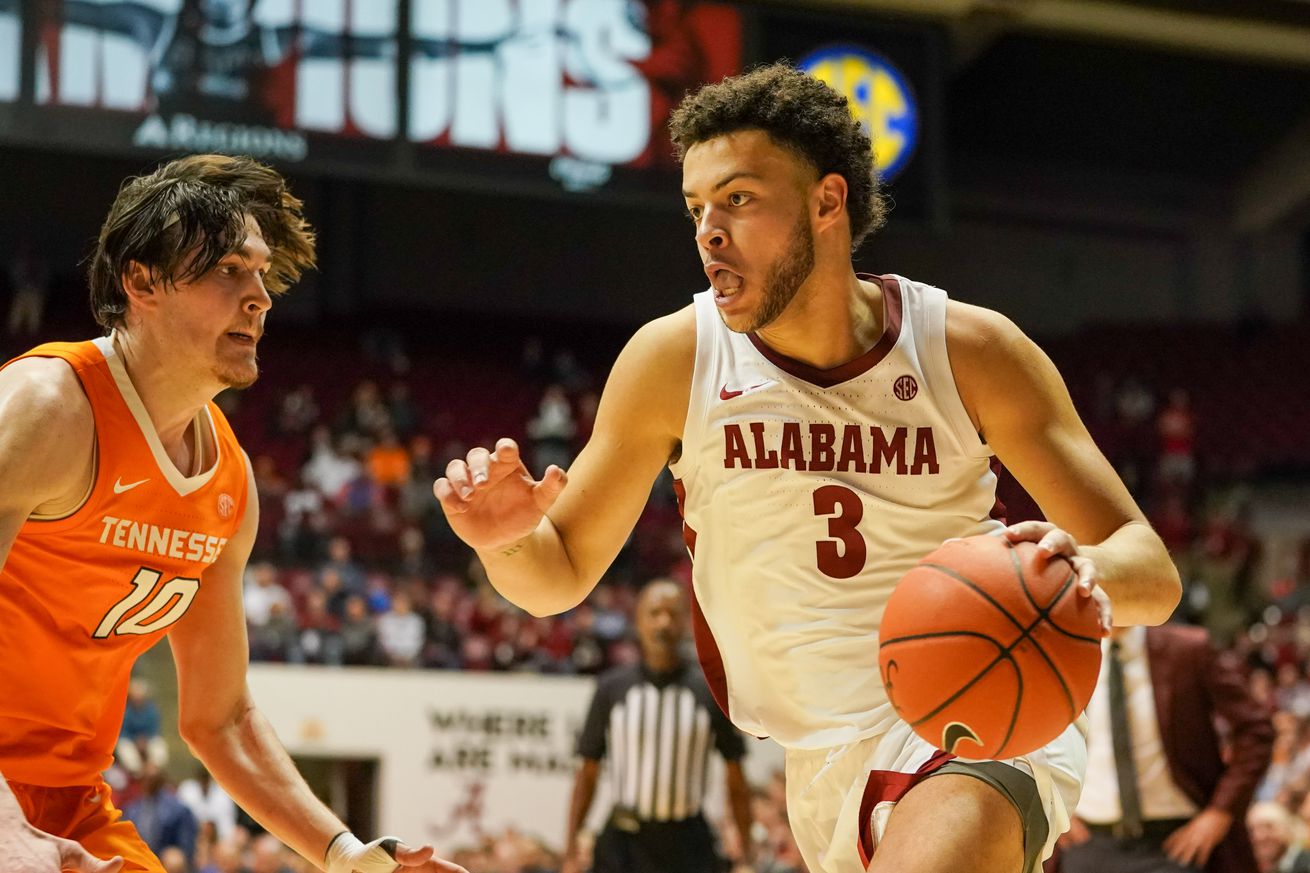 Tennessee and Alabama will meet again on Thursday afternoon in Nashville in round two of the SEC Tournament. The Volunteers secured the No. 8 seed in the bracket, while the Crimson Tide landed in the No. 9 slot.

Tennessee came back to beat Alabama in Tuscaloosa earlier in the season, as the Crimson Tide blew a big lead in the second half. That stretch of games in late January and early February seemed to send Alabama down the wrong path that they could never recover from. Nate Oats first season at the helm ended with a disappointing 16-15 mark, with Alabama dropping 8 of their last 12 games in SEC play.

But make no mistake, this Alabama team has guards that can play with anyone. Kira Lewis Jr., Jaden Shackelford and John Petty Jr. can absolutely fill up the scoring column. Herbert Jones has also returned to the lineup since Alabama last played Tennessee.

Tennessee was able to get Alabama into foul trouble in their last meeting. The Volunteers fouled out both Alex Reese and Javian Davis, leaving Alabama with virtually nothing left in the frontcourt late in the going. That’s part of the reason why the Volunteers were able to take control of the game in the final three minutes.

As we’ve seen virtually all season long, Tennessee’s games have come down to their own performance, regardless of opponent. We’ve see this team knock off Kentucky at Rupp Arena, hang with Kansas on the road, blow out Arkansas at home — we’ve also seen them get run off the floor more than a few times this year.

As he always does, Rick Barnes points towards his latest practice as the tablesetter for the upcoming matchup.

“I was disappointed obviously in the way we responded after the Kentucky game,” Barnes said on Wednesday in Nashville. “The last couple days in practice the focus has been good. But now we’ll see when the lights come on.”

Tennessee shot back into the NCAA Tournament bubble conversation with that upset of Kentucky, then followed that up with a dreadful performance against Auburn with everything on the line. Now they’re likely tasked with having to win the SEC Tournament if they want a shot at the big dance.

“I do think in some ways it is a new start for everyone,” Barnes said. “Everybody I think looks forward to this time of year, conference tournaments. There’s no doubt that there’s a little more bounce with it. You have to hope with that bounce, there’s focus, in terms of taking care of what you have right in front of you. That’s what we hope from our guys.”

As of late Wednesday afternoon, the SEC said they plan to play these games in front of crowds as scheduled. However, with the announcement that the NCAA Tournament will not allow fans to attend due to the coronavirus, the league also said that they are evaluating all options at this point. Stayed tuned there.

Tennessee and Alabama will play in Nashville at 1 p.m. ET live on the SEC Network. The game is currently listed as a pick ‘em, according to The Action Network.