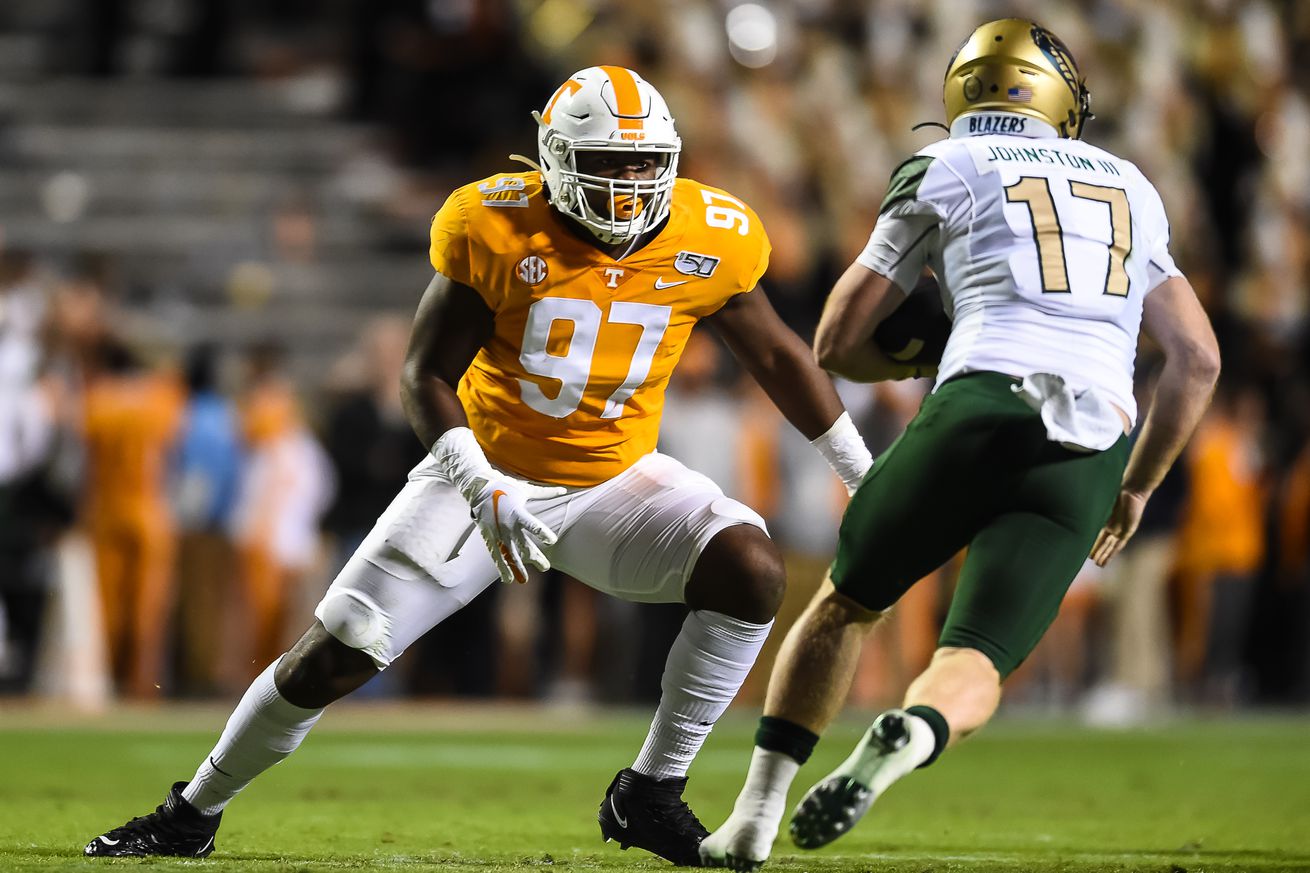 Taking advantage of the new rules.

A modified football season has created big life decisions for college football seniors, who otherwise would out of eligibility after this season. The NCAA has frozen eligibility for the year, meaning a current senior can return to play another senior season in 2021. A junior will remain a junior, a sophomore a sophomore, a freshman a freshman.

2020 doesn’t count, and Darel Middleton is planning on taking advantage. The veteran defensive lineman announced that he’s already decided that he will be returning to Knoxville next year. He did so in a series of tweets on Tuesday.

I will be coming back next year for a full year of preparation, with a spring ball ,summer work outs, and fall camp with my guys!

Knowing I have guys behind me like @HenryTootoo1 & Crouch makes me play with a edge. Knowing I can go full speed whether I’m right or wrong they will clean it up! They like brothers to me and push me each and every day! Love my dawgs man.

Playing for guys like @CoachJPruitt @DansleyAnsley @CoachBrumbaugh and so on! Theirs no better group of guys that have the Passion, the grit, the smarts for the game. They have coach some great players & some great teams. Why not play your heart out for these guys!

Middleton’s return is a big boost for Tennessee, who was set to lose six bodies at the position. If the Volunteers can get a few of those back, it will be a massive help to this front seven in 2021.

Aubrey Solomon, Matthew Butler, Ja’Quain Blakely, Latrell Bumphus and Savion Williams are other senior defensive linemen that will face the same decision. Middleton, who stands in at 6-7, 305 pounds, is one of the most impactful defensive linemen on the team, appearing in all 13 games as a junior and totaling 28 tackles.