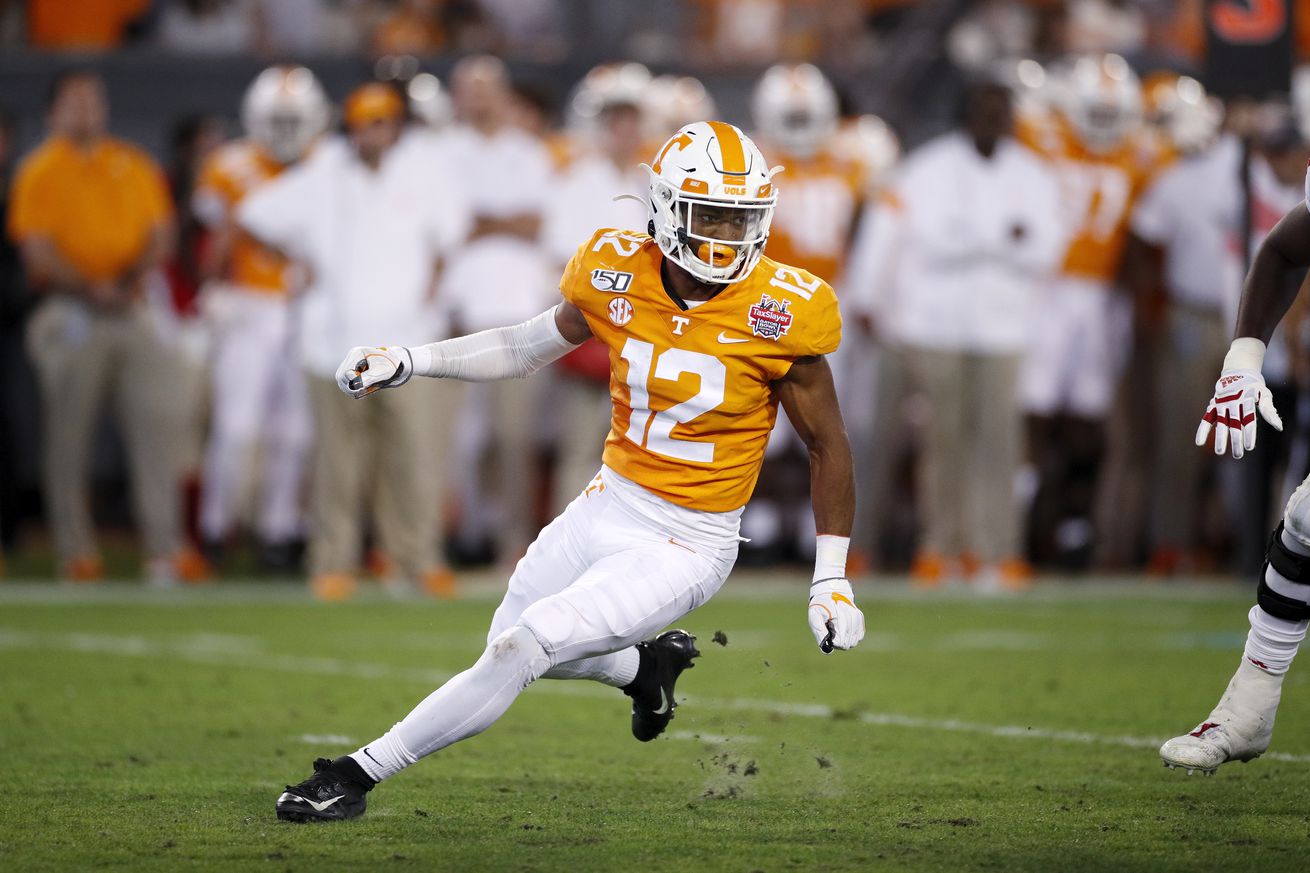 Shawn Shamburger’s frustrating 2020 season has come to a close. Appearing in just three games to this point, Tennessee’s senior nickelback was credited with just nine tackles on the season.

Tennessee head coach Jeremy Pruitt said Shamburger will be focusing on academics for the rest of the semester. This comes after he did not travel with the team to Arkansas, for something Pruitt labeled as a non-COVID issue.

Shamburger missed the first two games of the season before making his season debut against Georgia. He also appeared in the Kentucky matchup, and then the Alabama game.

His position, known as the STAR, is an important one in the Tennessee defense. The Volunteers have repped a few guys in his place to this point, including starting true freshman Doneiko Slaughter in week one against South Carolina. Safety Theo Jackson has also spent time at the spot.

True freshman Key Lawrence spent the bye week learning the position, and now has had an additional week off to get better acquainted.

Who starts at the position on Saturday against Auburn will be a storyline to follow. The Volunteers and Tigers will kickoff at 7 p.m. ET on ESPN this Saturday.