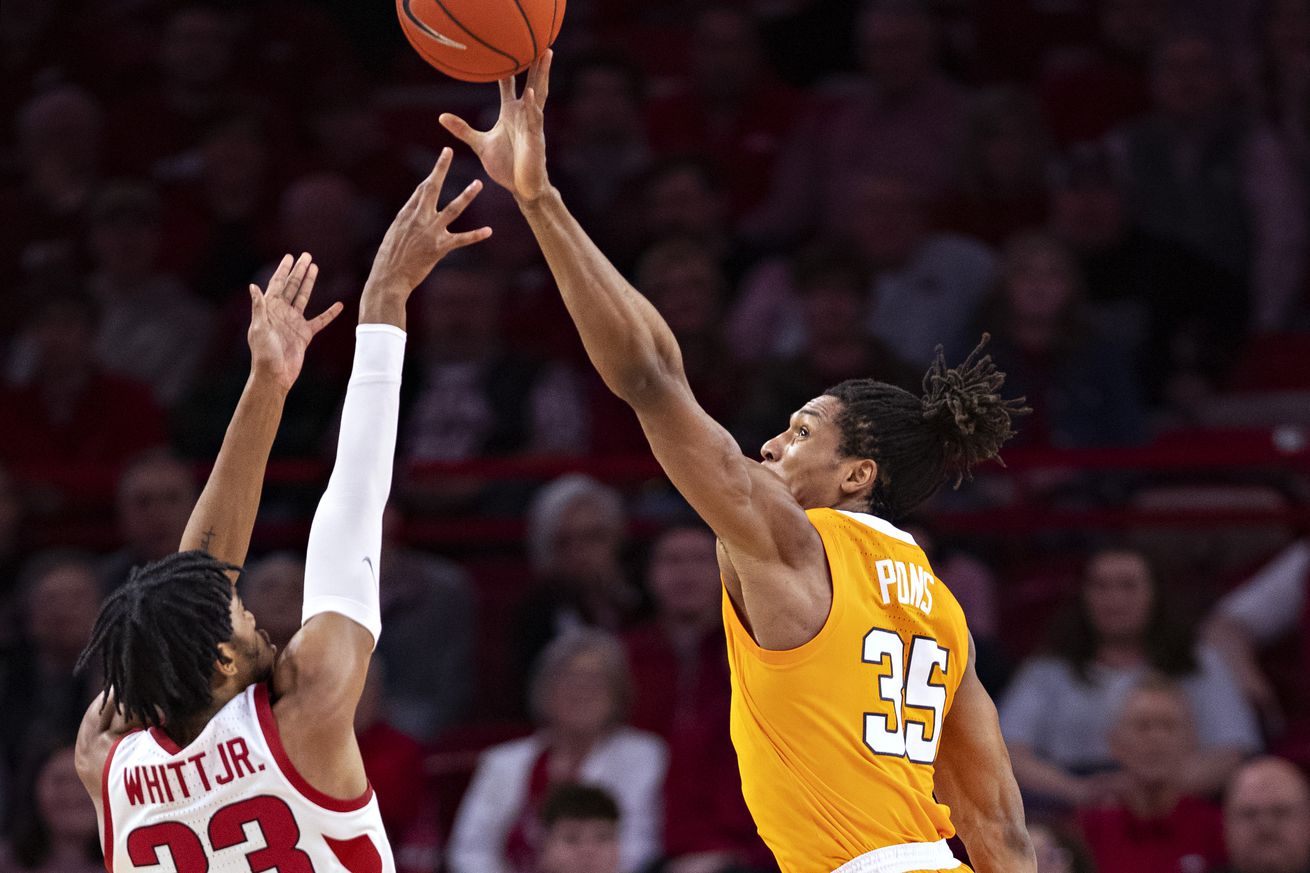 Nobody has more upside on Tennessee’s roster than Yves Pons. That’s been true for a couple of years now — at least that’s what we’ve been told. This year, we saw it unfold in front of our eyes.

Pons couldn’t even find the floor for consistent minutes on the 2018-19 team. He was known as a really good defender, but offered virtually nothing other than the ability to rip off a highlight dunk in open space. His confidence on the offensive end was lacking. He had shown the ability to hit an open three, but he began turning down those looks after a miss or two.

At that time, he was playing as a guard or a wing. But after Uros Plavsic was ruled ineligible to start the season and Derrick Walker and D.J. Burns transferred, Rick Barnes had to get creative. He moved Pons down to a power forward role, putting him in the frontcourt for the first time in his career.

The result? Yves Pons was named the SEC’s defensive player of the year. He recorded a block in every game, replacing and enhancing the production of Kyle Alexander from the year before. The versatile 6-6 forward became Tennessee’s new rim protector, while finding some offense along the way.

Pons scored 10.8 points per game this season, way up from 2.2 last year. His three-point percentage rose from 28 percent to nearly 35 percent. He developed a little bit of a low post game, something he can build off of going forward.

Despite his low production, Pons has been on the NBA’s radar for years. Why? Because of pure athletic ability. He finally was able to put that ability on display this year, putting him squarely in the crosshairs of NBA teams this summer.

Yves Pons at Kansas today: 24 points, 7 rebounds, 3 blocks. @JayBilas talking about Pons during the ESPN broadcast: “He is on the radar of every NBA scout.”

It probably shouldn’t surprise you to see Pons declare this year to go through the process. However, what that process looks like with the coronavirus outbreak may be a factor in all of this. Would Pons declare without a chance to go through workouts and in-person meeting with teams? Will there even be a draft process? When does this NBA season (currently suspended) even end?

All of that is an unknown for now and could encourage guys like Pons, who aren’t obvious lottery picks, to stick around college basketball for another season. In a normal year, Pons would be a clear candidate to go through the process, get feedback and return to school, just as Admiral Schofield did back in 2018.

Pons returning to Knoxville for another season would give him more time to develop that emerging post game, as well as his shooting. The NBA is always on the hunt for 3-and-D types, and Pons fits that mold perfectly. His ability to guard all positions is unique, and his athleticism should keep him around the league for a long time.

When he starts that career now becomes the question.