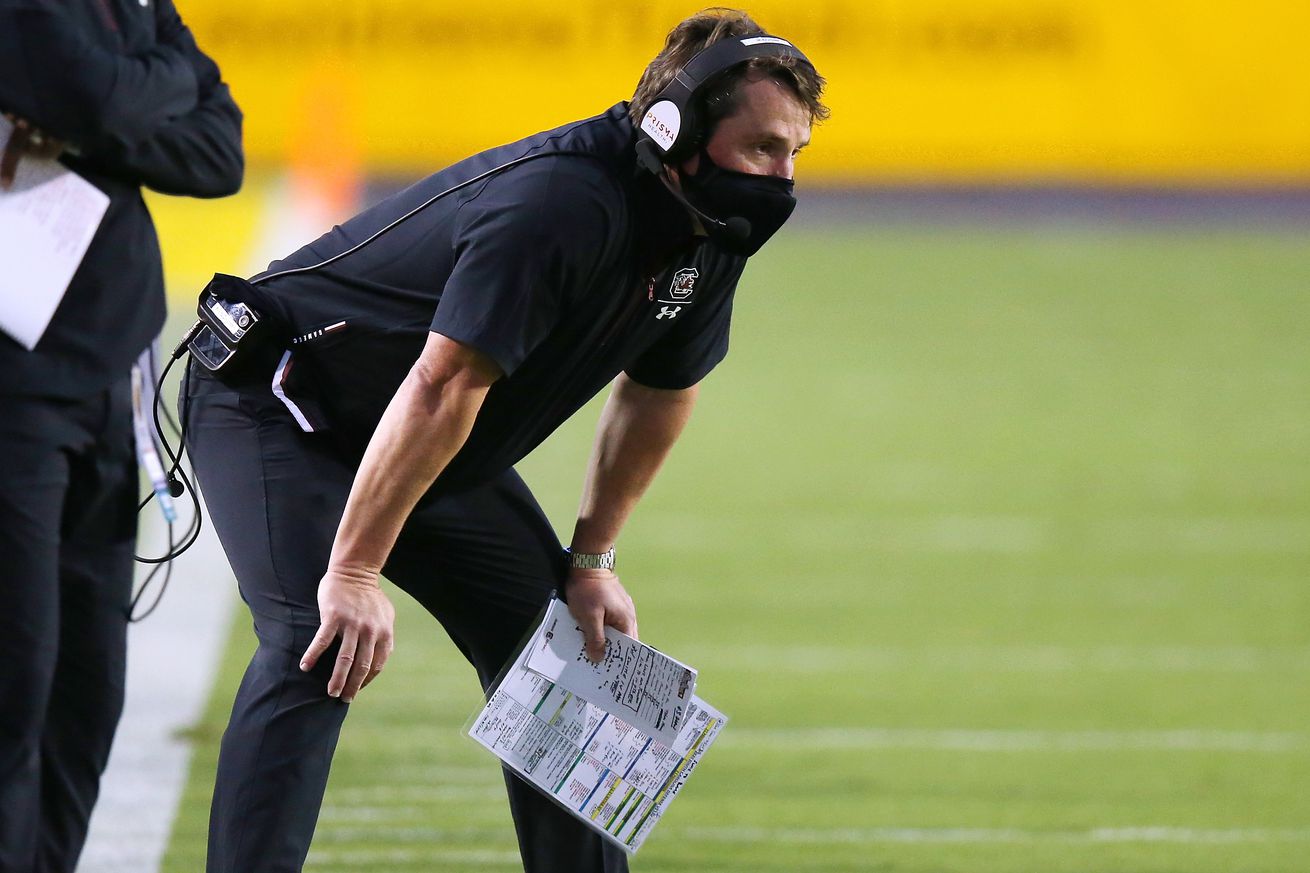 A big move in the SEC East.

Following a 59-42 loss to Ole Miss on Saturday, South Carolina has fired head football coach Will Muschamp. Muschamp, in his fifth year at South Carolina, finishes his career in Columbia with a 28-30 overall record with the Gamecocks.

Will Muschamp has been relieved of his duties. Mike Bobo has been named interim head coach. https://t.co/G3I7OfB65B

The Gamecocks were off to a 2-5 record so far in 2020. Their lone wins came against Auburn and Vanderbilt. Tennessee sent South Carolina to 0-1 in week one of the season, which was Jeremy Pruitt’s second consecutive win over Muschamp.

South Carolina’s defense turned out to be one of the worst units in the SEC this year, surrendering over 460 yards per game, good for 12th in the league.

Offensive coordinator Mike Bobo will be the interim head coach. The Gamecocks finish with Missouri, Georgia and Kentucky.

Muschamp how now spent nine seasons as a head coach in the SEC at Florida and South Carolina, going 56-51 overall. His best effort was with the Gators back in 2012, where he went 11-2.

You can probably expect Muschamp to land somewhere in the SEC, where he’s coached for the majority of his career. He’s had stops at LSU, Auburn, Florida and South Carolina — could he add another school to his resume this offseason? He’s going to be an attractive defensive coordinator for some program.