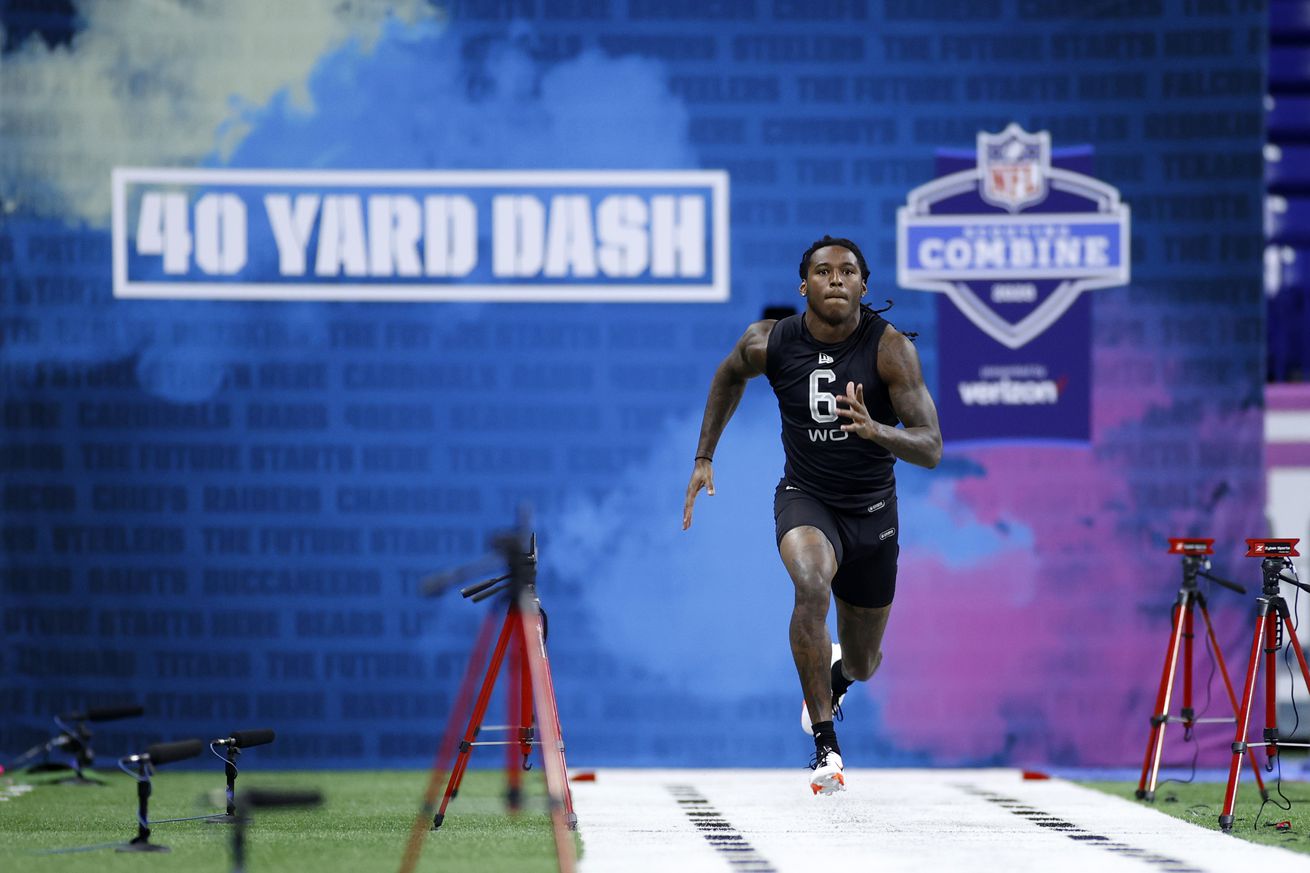 How many Volunteers will be drafted in April?

Tennessee football’s attempt to return to relevancy in college football means it will soon be returning to relevancy in the NFL. A once-proud program that sent handfuls of players to the professional leagues every season has had a disturbing lack of presence in the past few years (aside from an outlier in 2017). That’s beginning to change under Jeremy Pruitt.

The Volunteers had four participants in the 2020 NFL combine and one more who is garnering some NFL attention. It’s a good bet that Tennessee will have at least one drafted player—but did anyone dramatically change their fortunes in Indianapolis? We look over the results and tell you which direction the wind is blowing for each player.

Unfortunately, fans will need to wait a bit longer to get a look at Taylor’s NFL tryout. He’s waiting to get cleared by doctors after undergoing surgery in January on a stress fracture. Tennessee Pro Day is March 26th, so it’s a coin flip if Taylor will be able to go or not. If he still isn’t ready, he would have private workouts with various NFL teams sometime before the draft in April. He is currently projected to go somewhere in the middle rounds. The latest from CBS has him as high as the second round.

Bituli benefits slightly from low expectations heading into the combine. If a team is drafting Bituli, it’s not going to be based on his testing numbers—it’s going to be on the tape he’s put together while at Tennessee.

Therefore his below average numbers don’t come as a total shock. At first glance his 4.84 40-yard dash, 16 bench press reps, and 32-inch vertical might be enough to scare teams away. But Bituli’s draw is the toughness and aggression that he plays with, and how he seems perfect for a rotational role at inside linebacker. There are a lot of benefits to knowing your limitations and knowing how to utilize your strengths to their fullest ability.

Bituli will probably sign with a team in free agency. There’s an outside chance he gets drafted in the last couple of rounds.

It’s hard to evaluate someone like Jennings when you’re already expecting certain test results to read poorly. Everyone knew Jennings’ speed is nothing special and would limit his NFL draft potential. Similarly, everyone knows the best part of Jennings’ game isn’t really testable.

Still, running a 4.72 40-yard dash and recording a 29-inch vertical is going to hurt anyone’s draft stock. Even if you buy in to Jennings as a physical, dependable possession receiver, the combine was his chance to show you that he has the bare minimum athleticism to be something greater. Instead, all you’re left with is exactly what you knew coming in. For most top players in the draft that would be fine. For someone like Jennings, who is best projected in the middle rounds, that’s a negative.

The biggest knock on Wood-Anderson coming into the combine was the lack of production in college. There’s no way to disprove that in a testing environment, but you can help your case by showing off NFL traits and giving scouts the impression that you are just now scraping your football potential.

Few NFL traits were shown. Wood-Anderson performed decently in the broad jump and vertical jump tests, landing a top-10 score for tight ends at each drill. But his 40-yard dash time was abysmal. At 4.92 seconds, he had the second worst time of all tight ends measured. On the bright side, it would have been third best for offensive tackles!

Right now the NFL combine website has Wood-Anderson’s grade in the “Chance to be in an NFL training camp” category. That’s accurate after last weekend’s performance. He has the size and hands to be an NFL tight end, but that’s about it.

Admittedly it is still a long way to go if Callaway wants to be on an NFL roster come regular season. His combine performance does help him at least, thanks to some solid testing numbers.

His 40-yard dash of 4.55 seconds was right in the range of expectations. Enough to keep him on the mind of scouts, not enough to really boost his profile. Instead, his stellar 38-inch vertical and 126-inch broad jump did much of the latter, pointing to an explosive ability which translated to the field. Callaway is a one trick pony as far as NFL projections go, but he has all the required athleticism to turn that one trick into a solid career. He could easily become a quarterback’s safety valve downfield.

Callaway didn’t radically alter his draft stock, but he did prove he deserves a shot at the next level.