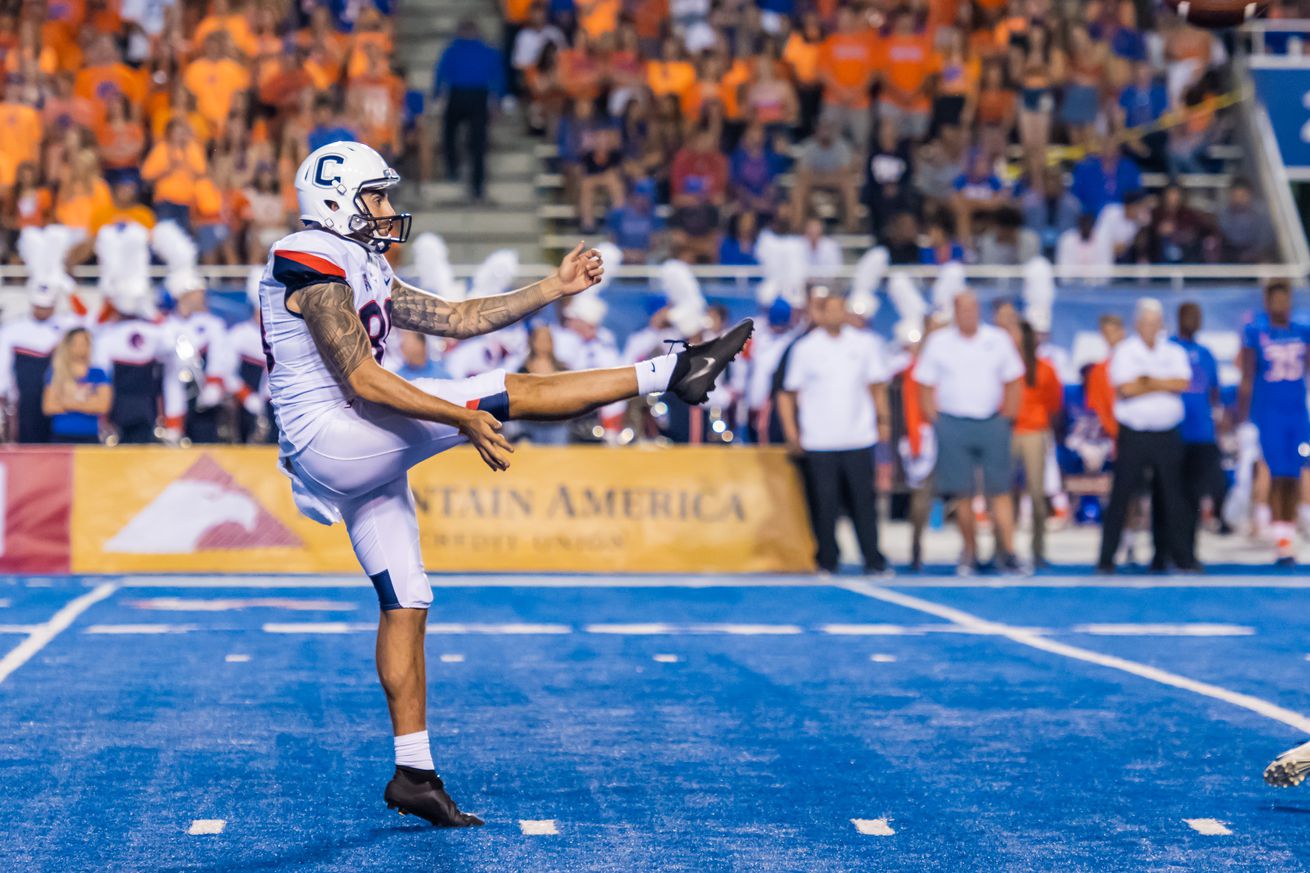 Excited to say I will be continuing my academic and football career at The University of Tennessee!#PoweredByTheT pic.twitter.com/KLY8edRiim

Graham is a grad-transfer and will be eligible immediately. He takes the spot of Joe Doyle, who opted to leave Tennessee after the season ended. Paxton Brooks took over punting duties in the second half of the season and will enter camp as the favorite to win the job.

Graham enters the picture as a fifth-year senior and will be a preferred walk-on, according to 247Sports. He will be expected to push Brooks for the job, likely while helping out with holding duties for the field goal team. Graham didn’t punt at UConn for the last two years, but did operate as the team’s holder.

As a redshirt freshman, Graham averaged 38.8 yards per punt, pinning 20 kicks inside of the 20 yard line. Brooks averaged over 42 yards per punt last season for Tennessee. The Volunteers now have depth at the position, something they needed after Doyle chose to leave the program.