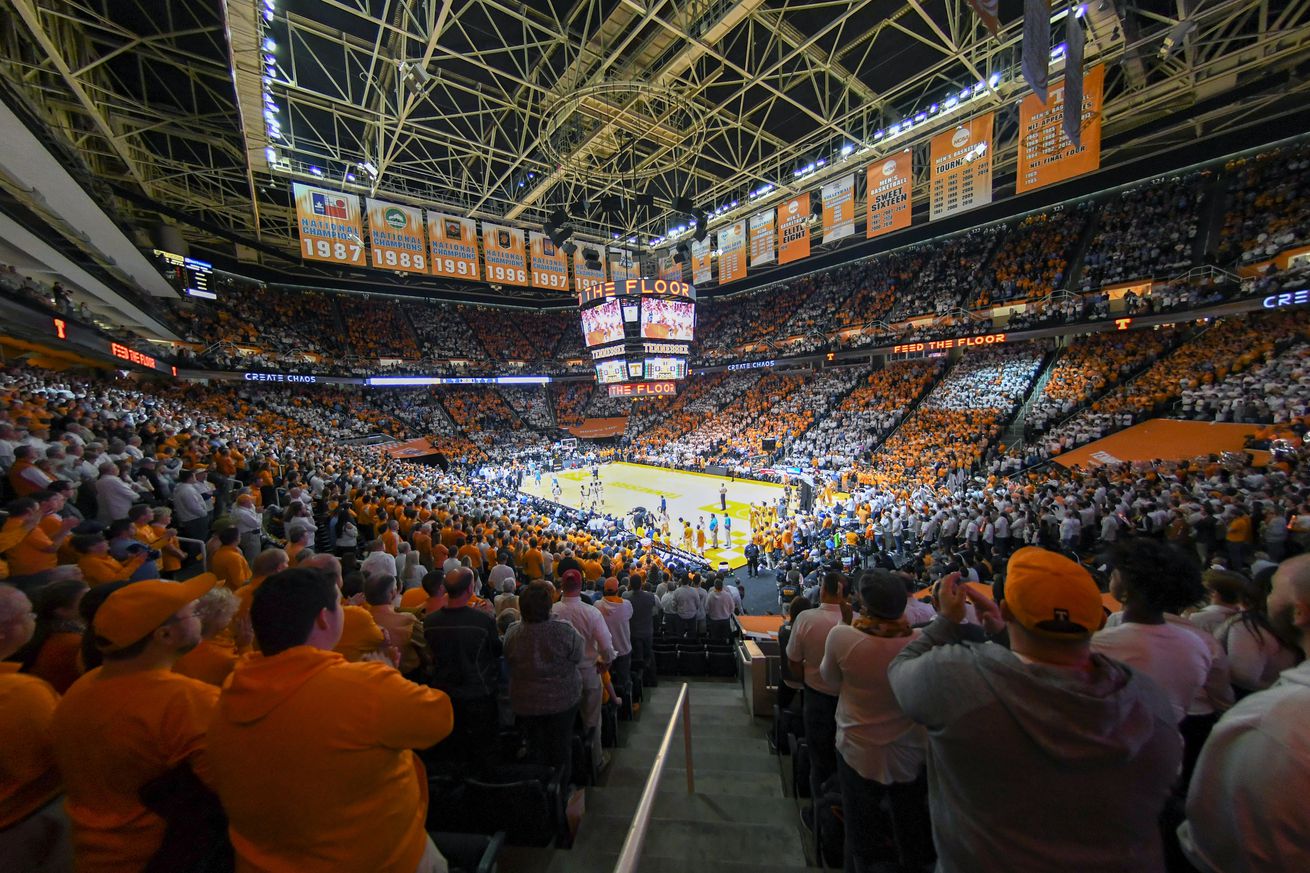 Just like Neyland Stadium, Thompson-Boling Arena will see reduced capacity for the 2020-21 season. The University of Tennessee announced plans for its basketball season this morning, which aligns with current social-distancing guidelines.

Tennessee will allow up to 4,000 fans in the building, which calculates out to around 18 percent of Thompson-Boling Arena’s full capacity.

“Despite having gone through a similar process for football earlier this fall, the reality that we will be unable to welcome all of our ticket holders into Thompson-Boling Arena this basketball season remains saddening,” Tennessee Director of Athletics Phillip Fulmer said in a statement. “There’s no easy way to adjust to the circumstances we find ourselves in. But we’ve been thoughtful and deliberate in attempting to offer attendance opportunities to as many of our season-ticket holders as possible while also maintaining the safest arena environment possible.”

Face coverings over the nose and mouth will be required at all times in the stands, unless you are eating or drinking.

The start of the season remains up in the air, and is now likely to feature a several multi-team events in place of the traditional early season tournaments. We still don’t have an official start date for Tennessee, but the NCAA announced that games can begin as early as November 25th.