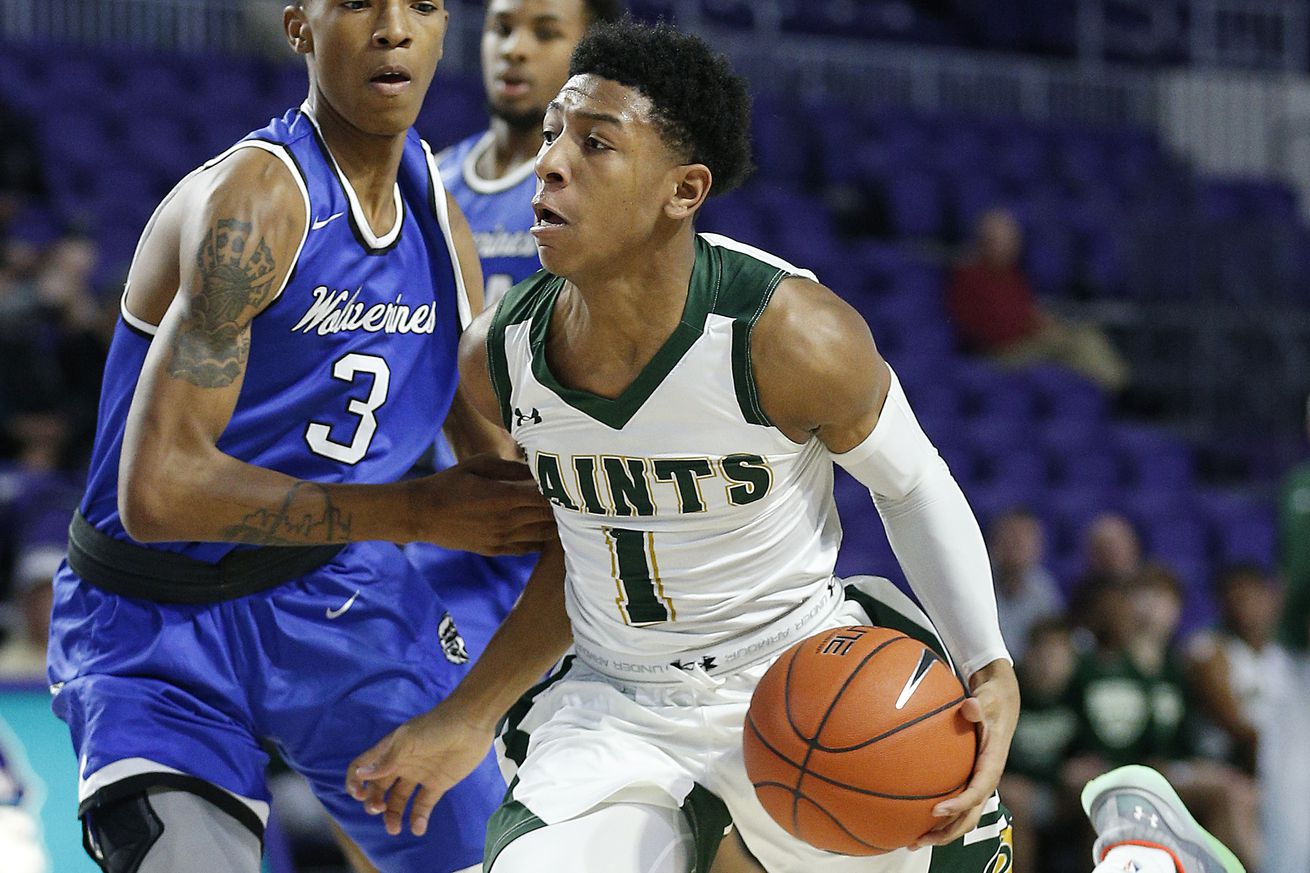 After announcing the signing on Jahmai Mashack earlier this week, Tennessee has now announced the signing on Kennedy Chandler. The five-star point guard prospect is the headliner of the 2021 class for the Volunteers, coming out of Memphis.

Chandler was seemingly Tennessee’s top target all along during this particular cycle, and once again, Rick Barnes and Kim English didn’t miss. The 6-1, 165 pound guard is the 13th rated prospect in the class, per 247Sports. He follows five-star guard Josiah-Jordan James, Jaden Springer and Keon Johnson as five-star guards to sign with Tennessee in consecutive years.

Finally with the signature of Chandler, Tennessee head coach Rick Barnes can tell us a little bit about him.

“Kennedy was one of our primary targets for a long time,” Barnes said in a release on Saturday. “To us, his elite speed, athleticism, defense and basketball IQ separated him from every other point guard in America. But it was his character, work ethic and toughness that really made him a perfect fit for our program. We’re very excited to have Kennedy and his family join our Tennessee basketball family.”

Chandler chose Tennessee over Memphis, North Carolina, Duke and Kentucky. He’s the third highest rated signing for the Volunteers in the modern recruiting era, slotting in just behind Tobias Harris and Scotty Hopson.

As a junior, Chandler averaged over 22 points per game, while adding 4.3 assists and 2.6 steals.

He joins Mashack in the class, who is a top-50 prospect himself. Tennessee is stocked and ready at the guard position for the foreseeable future. Questions remain in the frontcourt, but the NCAA has frozen eligibility for this upcoming season, which could alleviate those needs if John Fulkerson and/or E.J. Anosike stick around.