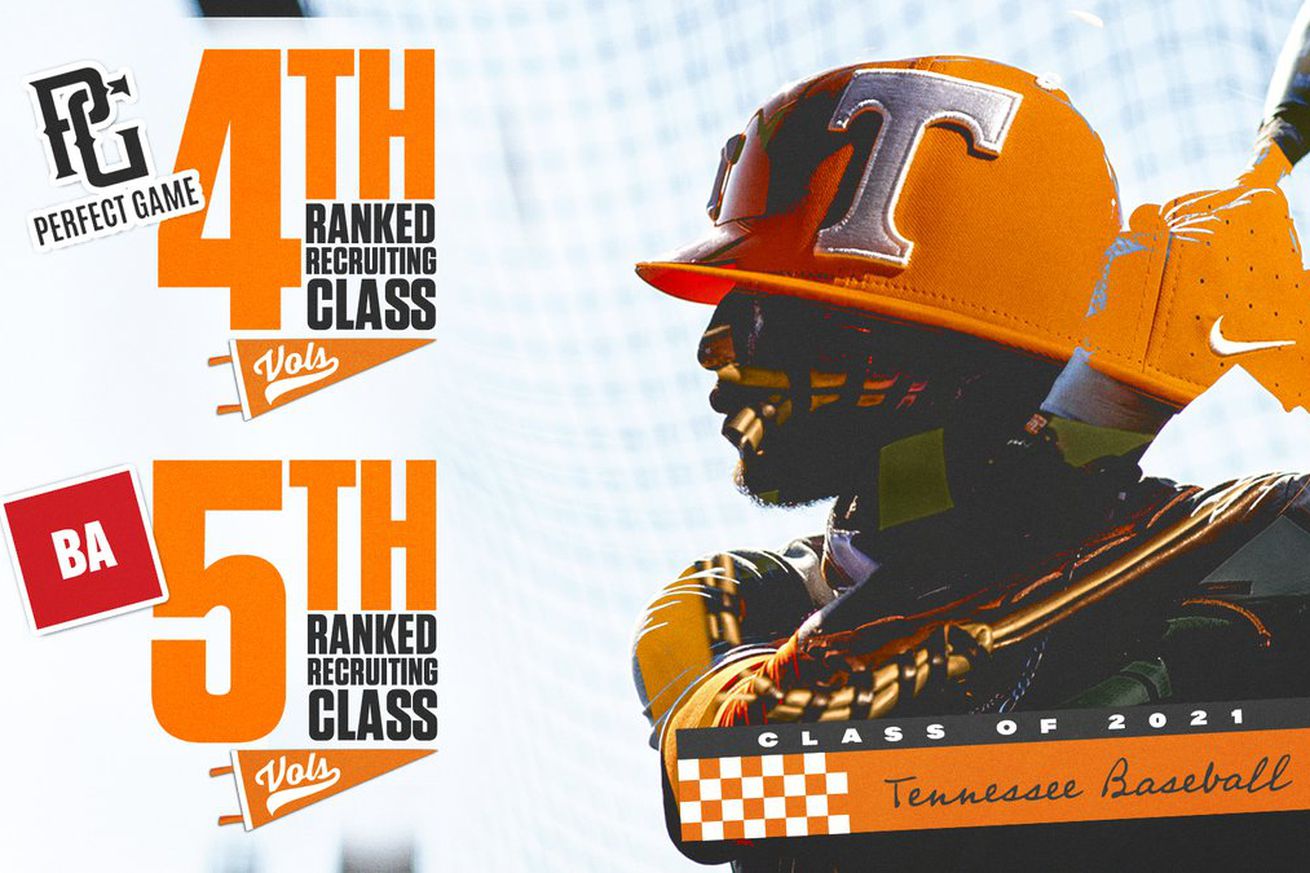 Much has been made recently about the recruiting classes for the Tennessee Volunteers’ football and basketball teams, but the baseball team is making waves on the 2021 recruitment trail.

Before COVID-19 shut down spring athletics for schools across the country, the Vols were 15-2 and were ranked 23rd in the nation by Baseball America’s rankings. Tennessee opened up 2020 with 13 consecutive wins before a pair of losses to Wright State. The Vols’ final game came on March 10 against the ETSU Buccaneers — a game they won 17-5.

Now, as we shift our focus to what comes next, Baseball America has rewarded Tennessee once again. As it currently stands, the Volunteers have put together the fifth best recruiting class in the nation, with Florida, Vanderbilt, LSU, and UCLA ahead of them, meaning four SEC programs make up the top five classes in the country. In addition to that ranking, Perfect Game has the Vols’ 2021 class ranked fourth in the nation.

Despite recent COVID developments, current signs indicate that baseball will get off the ground, given that the games are played outdoors.

Once baseball gets going again, watching Tennessee compete in the SEC with top collegiate talent will be something to watch out for. With the Volunteer basketball and baseball teams showing every sign of being competitive, the early months of 2021 should be an exciting time on Rocky Top.