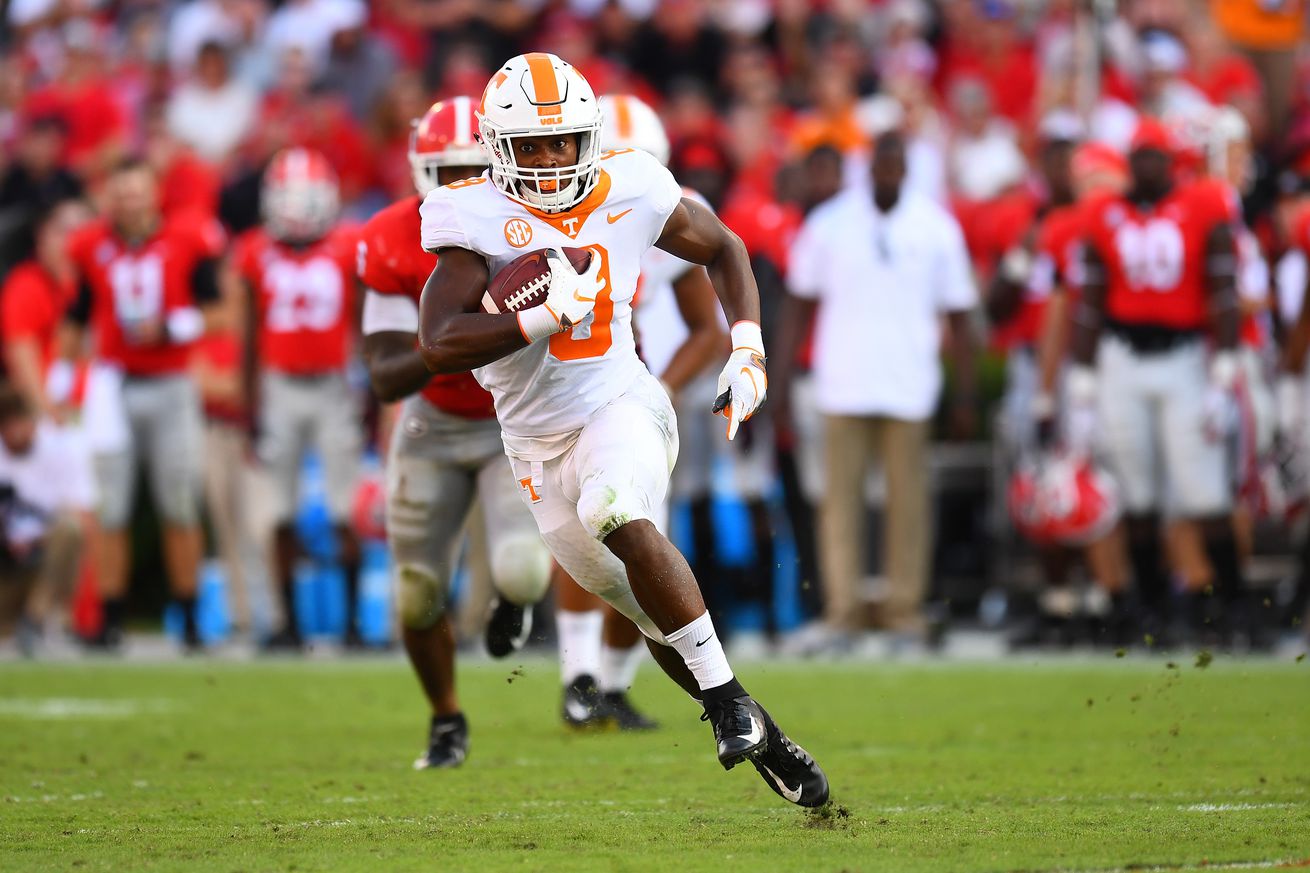 The Vols are looking to make some noise in 2020. | Photo by Scott Cunningham/Getty Images

Let’s get it done.

Usually, preseason rankings don’t mean much. It’s always nice to have an idea of what your team may look like before the season starts, but at the end of the day, the end-of-season rankings are almost always the opposite of how they started out.

Regardless, Vols fans have plenty to be excited for in 2020. A low turnover/attrition rate across the roster, another strong recruiting class, and a six-game win streak to close out the 2019 season was already reason enough to be excited, but now, ESPN’s latest college football FPI (Football Power Index) is adding some more wood to the ever-growing fire.

Tennessee comes in at No. 19 on the list, which gives Jeremy Pruitt his first-ever preseason top-25 ranking as head coach. The Vols haven’t been in the top-25 since they started the season at No. 25 during Butch Jones’ last year in 2017.

Clemson might have fallen short in the national championship game, but the Tigers enter the 2020 season as the top team according to ESPN’s Football Power Index. https://t.co/UIF8DQKchS pic.twitter.com/24bgQVBCgf

It’s clear that folks are paying attention to what’s going on in Knoxville. The Vols have a chance to make some major noise this year, and so far, it looks like people are buying into that idea.

Kentucky and South Carolina come in at No. 32 and No. 33, but the next opponent up to bat after those two is the Missouri Tigers at No. 53. So, six of Tennessee’s 12 opponents are currently in the top-50.

2020 won’t be easy, but Pruitt and the Vols appear to be in good shape heading into the season. But of course, the only ranking that matters is where you stand at the end of the year.