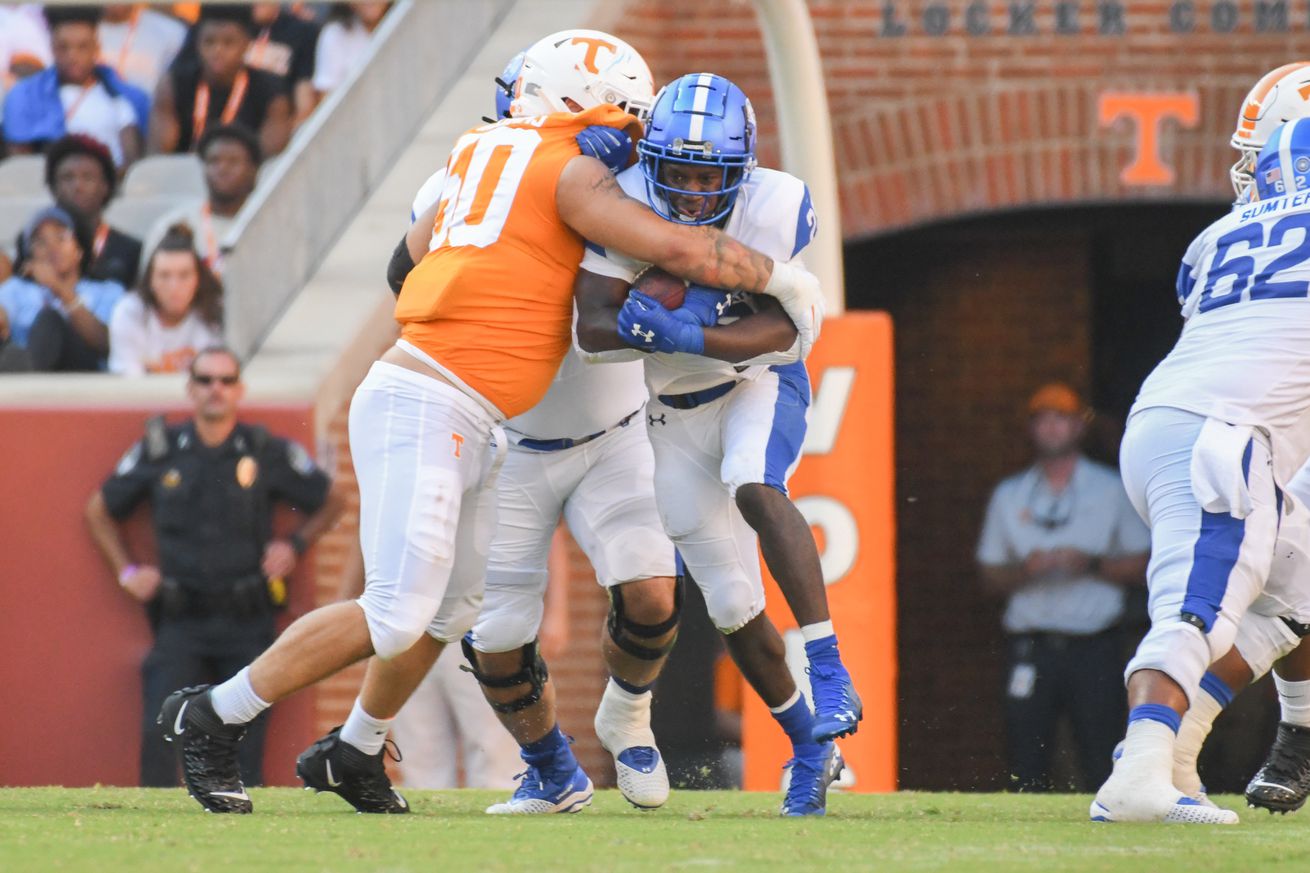 Ahead of the game against Arkansas on Saturday night, Tennessee lost a defensive tackle to the transfer portal. Savion Williams announced his plans to move on with the following tweet, just hours before the game.

“I am truly grateful and blessed I was given an opportunity to play at the University of Tennessee and I want to thank Coach Pruitt for all the things he has taught me. This 1 and a half years has been a whirlwind for me but I am truly grateful for the family that I’ve made and how much the fans embraced me since I stepped on campus. I’ve always been known as a hard worker and God has continue to guide my life but after careful consideration, I’ve decided that I will be putting my name in the transfer portal. I look forward to a opportunity to show my real talent.”

Williams signed with Tennessee in the 2019 class and was rated as the No. 1 JUCO defensive tackle. He appeared in seven games last season, and played in the two games leading up to the bye week. However, the defensive tackle room is a crowded one, and Williams was never able to find consistent playing time.

The defensive line has been a point of emphasis for Jeremy Pruitt, who fired defensive line coach Jimmy Brumbaugh after the loss to Kentucky. Pruitt took over coaching the position himself, saying he wouldn’t hire a new position coach until after the season.

Williams is a senior, but will have one more season of eligibility remaining after the NCAA’s ruling to freeze eligibility in 2020.