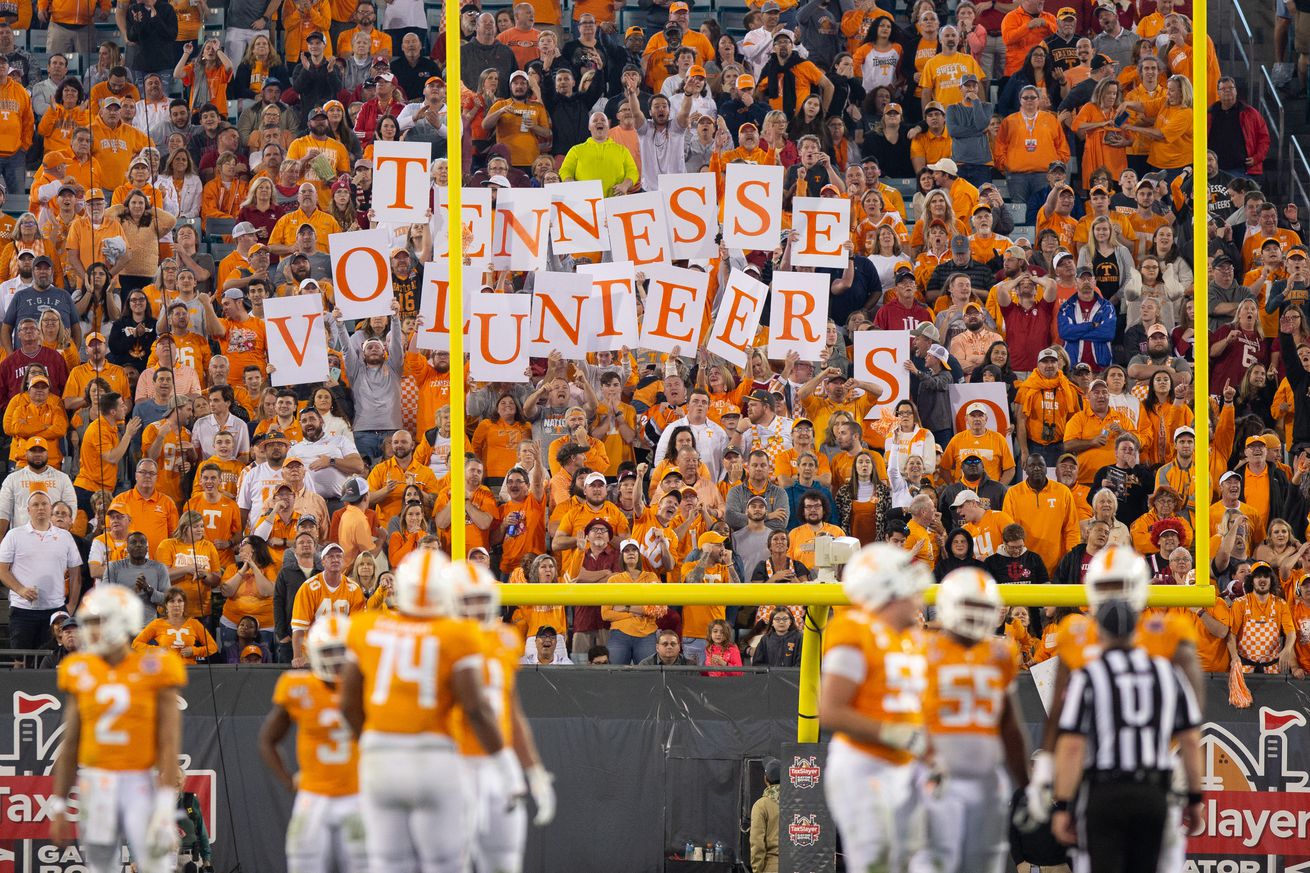 Where the staff will be focusing their efforts on the trail.

It culminated in the No. 10 ranked class with 23 signees, 13 blue-chips, and many of their first options at multiple positions. Not surprisingly, the class addressed the biggest roster needs at wide receiver and defensive line, along with some luxury takes elsewhere. It was overall a good step towards infusing the roster with talent necessary to compete for the SEC Championship.

Now the staff moves on to the 2021 class, where Tennessee has already jumped ahead with seven commits. There’s sure to be a lot of changes to both rankings and commits, so don’t pay too much attention to the class right now—but do know that Tennessee is on a better starting point than previous years.

What you need to know is where the staff will be focusing their efforts on the trail. Despite back-to-back encouraging classes, roster management is an ongoing effort. Tennessee has one big hole they need to fill in 2021 and some smaller gaps they will be looking to patch up.

Cornerback is the one part of the team that we are pretty confident in putting on the list. The rest of the position groups aren’t as pressing, and truthfully Tennessee has done a great job since 2018 of filling in roster holes and maintaining both numbers and talent. That’s not necessarily true for cornerback—at least, when it comes to the latter part.

In the past two classes, Tennessee has brought in a combined three true cornerbacks. Those are 4-star Tyus Fields, 3-star Warren Burrell, and 3-star Kenney Solomon. They have also brought in two safeties who could play cornerback (Keshawn Lawrence and Doneiko Slaughter), but that’s different from bringing in a cornerback.

Typically you want at least two cornerbacks per class, and as many as five if you expect early departures. The three mentioned above are all from the 2019 class, as Tennessee did not sign a true cornerback in the 2020 cycle.

That low number of signees means Tennessee’s secondary is in a more precarious situation than they should be. Odds are Tennessee loses one of Alontae Taylor or Bryce Thompson after 2020, in addition to guaranteed losses of seniors Kenneth George Jr., Shawn Shamburger, and Baylen Buchanan. That’s a major depth hit.

It’s also a question of talent. Everywhere else on the roster, Tennessee’s top backups and rotational players are sought after blue chip athletes. At cornerback, many of your backups are supposed “diamonds in the rough”. It’s completely fine to trust your evaluation skills and grab a couple of those guys in each class, but if your depth chart is full of them, you tend to find more “rough” than diamonds.

I would expect Tennessee to go after 4-5 cornerbacks in the 2021 cycle. They could get by with 3 if they feel comfortable with Keshawn Lawrence at corner (which is where he will be starting his career), but it would be better to err on the side of caution.

Okay, we may have cheated with this selection since we combined defensive end and defensive tackle. But both positions need numbers and there’s some flexibility with how a lot of guys project at the next level. It’s simply easier to talk about them as one group.

Tennessee surprised me a bit with their exceptionally strong close at the end of 2020, where they inked five defensive linemen, including four blue-chips. It was a nice rebound after a disappointing start to the cycle.

Yet the numbers will once again require them to take 3 or 4 more linemen. Going into 2020, Tennessee will have five scholarship seniors on the defensive line: Aubrey Solomon, Emmit Gooden, Matthew Butler, Darel Middleton, and LaTrell Bumphus. While it certainly brings confidence for the 2020 season, it naturally follows that it will be a huge loss of production in the ensuing offseason. It’s a combined 25 starts and countless more snaps that won’t be there in 2021.

Tennessee has done an okay job from 2018 to 2020 with bringing in defensive linemen. The only knock is that they’ve relied a bit too much on JUCO players, who have less years to contribute compared to high school recruits. They will need a repeat of the 2020 cycle in order to raise the confidence level of the group going forward.

Tennessee will try to replicate with a couple more offensive tackles in the 2021 class. After 2020, Tennessee will be losing Jahmir Johnson to graduation, and they will enter 2021 with their top three options (Wanya Morris, Darnell Wright, K’Rojhn Calbert) in their third year of eligibility. By then, current redshirt freshman Chris Akporoghene should be good to go as another tackle option. Still, the 2021 class is the perfect time to start planning for the future and grabbing a couple more prospects at the position.

Tennessee took no true outside options in the 2020 class despite signing three linemen. The only one who could play tackle is James Robinson, but he is much more suited for guard. There’s still the possibility that someone like Omari Thomas switches to offensive tackle down the road.

I would expect Tennessee to grab 2 to 3 tackles for this class.

The first two classes under Pruitt saw just three high school wide receivers sign, and only two are still on the roster: Ramel Keyton and Cedric Tillman. Transfer Deangelo Gibbs is the only other receiver from those classes. That’s another position group where you typically try to sign at least two or three players each year to try and keep numbers consistent. By missing on a lot of their backup options, Tennessee put themselves in a hole for the 2020 cycle.

They responded in a big way by signing three blue-chip wide receivers, two transfers, and an athlete who will likely switch to wide receiver. But even a class with six receivers doesn’t totally fix the issue, since Tennessee is still going to lose at least three players after 2020. Brandon Johnson, Josh Palmer, and grad transfer Velus Jones Jr. will have exhausted eligibility by 2021.

So once again it looks like Tennessee will be taking a big receivers class in 2021. I wouldn’t expect a repeat of 2020’s haul which boasted a trio of the most talented options in the nation along with two transfers. Instead, I would expect a couple of highly rated guys and a couple of depth options, all from the high school ranks. The roster is easier to manage that way.