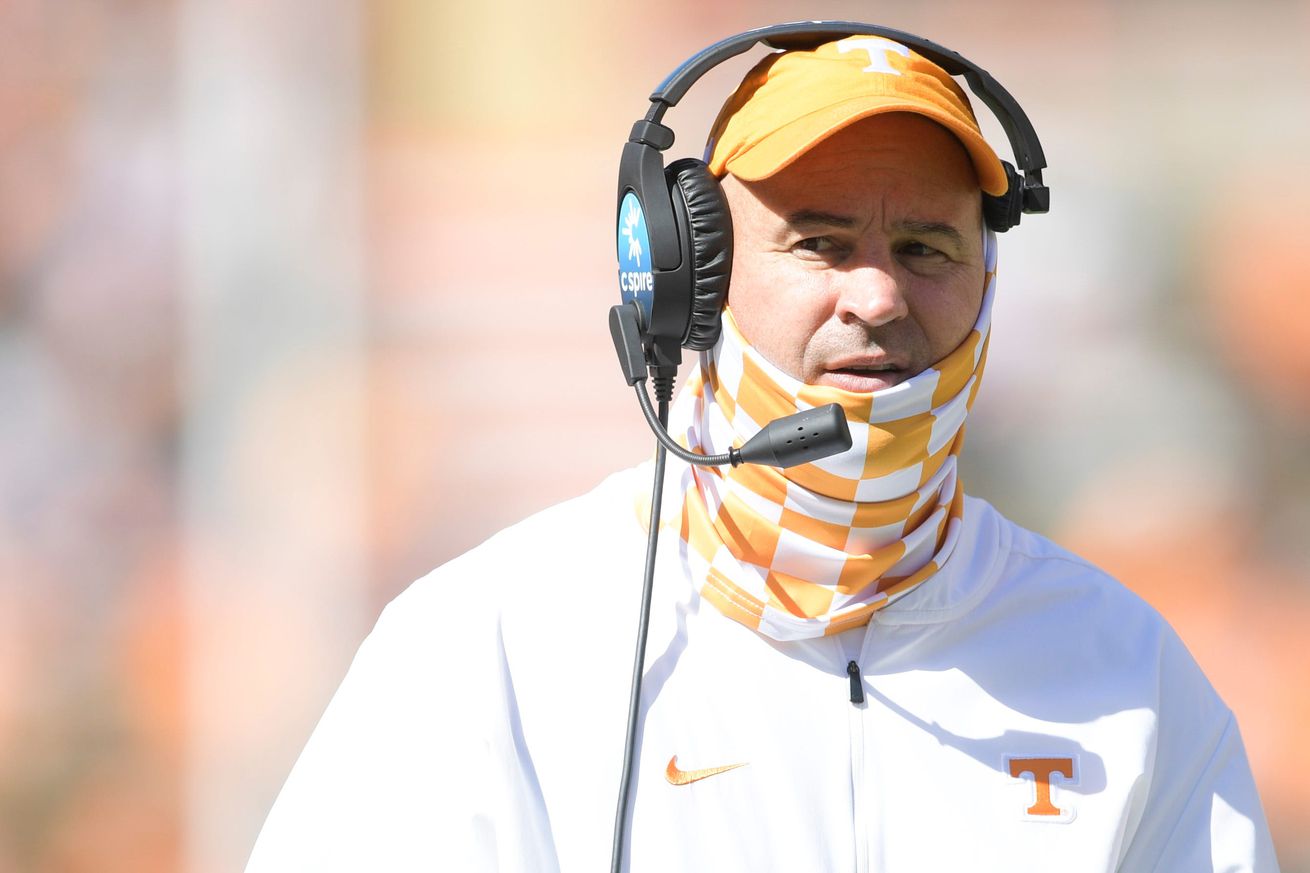 It’s been the spot where everything falls apart.

It was an all too familiar scene for Tennessee fans on Saturday night against Arkansas as the Volunteers fell flat on their face out of the halftime break. A 13-0 lead turned into a 24-13 deficit in the span of a 15 minute quarter.

As noted above, this is a trend for the Volunteers. They’ve now been outscored 88-7 this year in the third quarter — a staggering stat that paints a picture of a clear weakness.

Tennessee has had some putrid second half performances this year against teams you’d expect to them to be able to hand with. UK blew them off the field. Tonight, Arkansas has outgained them 253-19. Vols have now been outscored 88-7 in the second half of their last 4 games. Ouch.

Pruitt didn’t have many answers after the game.

“Just looking back, obviously when you have an off week you have a lot of quality control,” Pruitt said of the third down struggles. “Just trying to figure out. You know, it seems to me we’ve had more penalties in the third quarter. We’ve had more turnovers in the third quarter. That’s from an offensive standpoint. And tonight we got a penalty the first time we got the ball, that puts us in I believe it was 2nd and 15 or 2nd and 10, one of those two.”

That was the start of a 24-0 run from Arkansas, which sealed the game for the Razorbacks. It was a totally different feel coming out of the halftime break — you could almost instantly tell what was coming.

To me, the third quarter is a reflection of a staff’s ability to make in-game adjustments. You’ve got a chance to go sit down for 15 minutes, digest and rethink some strategies. What works? What doesn’t? Cleary, the Arkansas staff held the upper hand after a chance to reset and adjust, just as South Carolina and Georgia did earlier in the year.

It’s a strange stat that Pruitt and company are going to have a hard time fixing over the final four weeks. Texas A&M, Auburn, Vanderbilt and Florida finish the season, and suddenly a 3-7 record seems like a reality we’re about to face.