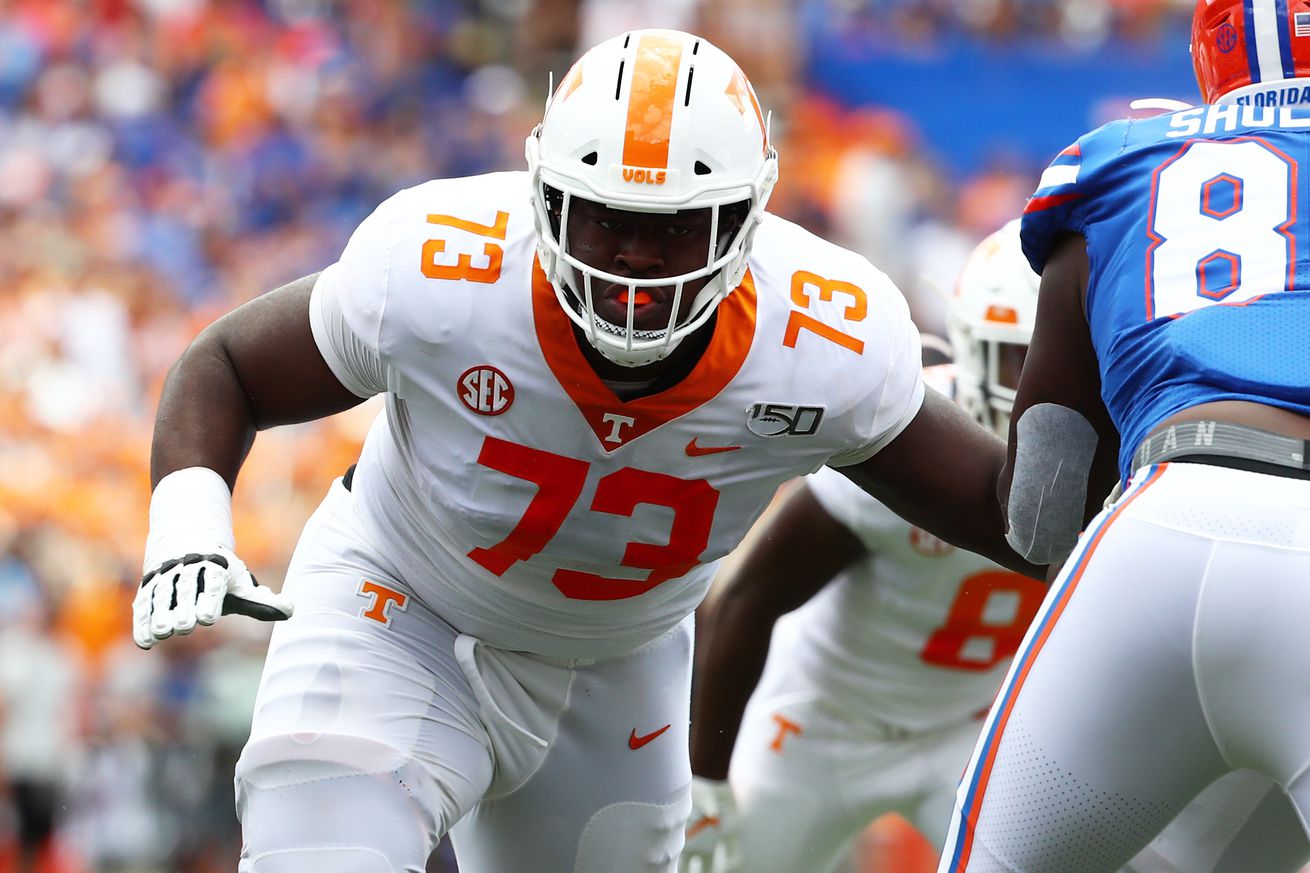 Smith is over it.

The #FreeCadeMays movement is being led by Tennessee senior guard Trey Smith, who desperately wants at least one season playing alongside of May. Each player is a former five-star prospect and would form quite the duo on the Tennessee offensive line.

Mays transferred to Tennessee from Georgia during the offseason, expecting to land a waiver to play immediately. But that didn’t happen. The NCAA shot his request down, and Tennessee is in the middle of an appeals process. Just days after denying the waiver, the NCAA approved freezing eligibility for the 2020 season — something that makes their decision on Mays even more questionable.

Trey Smith is done with it all, and called the NCAA out on Tuesday.

“The people that are making these decisions are just sitting in the meeting room, just drinking coffee and just looking at paper,” Smith told reporters in a Zoom meeting. “It’s really asinine to say the least, man. We’re talking about a season where eligibility doesn’t even matter, you’re not going to clear this kid? At the end of the day, we can only focus on what we can focus. We can control the controllables that we can control.

“If the people eating in meeting rooms and wearing suits and walking around all day don’t want to clear this kid who’s busting his butt, bleeding, sweating, getting hit on the field consistently, then that’s their choice and that’s their option. At the end of the day, do right by a kid who’s working hard and working his butt off and trying to be great. That’s how I look at it.” (Via 247Sports)

Smith is entering his senior season, and though he could come back, a healthy season could set him up to be a first round draft pick next spring. So naturally, he knows that this season is his chance to finally play alongside of Mays, who was initially committed to Tennessee back in 2017.

Tennessee opens the season at South Carolina on September 26th.