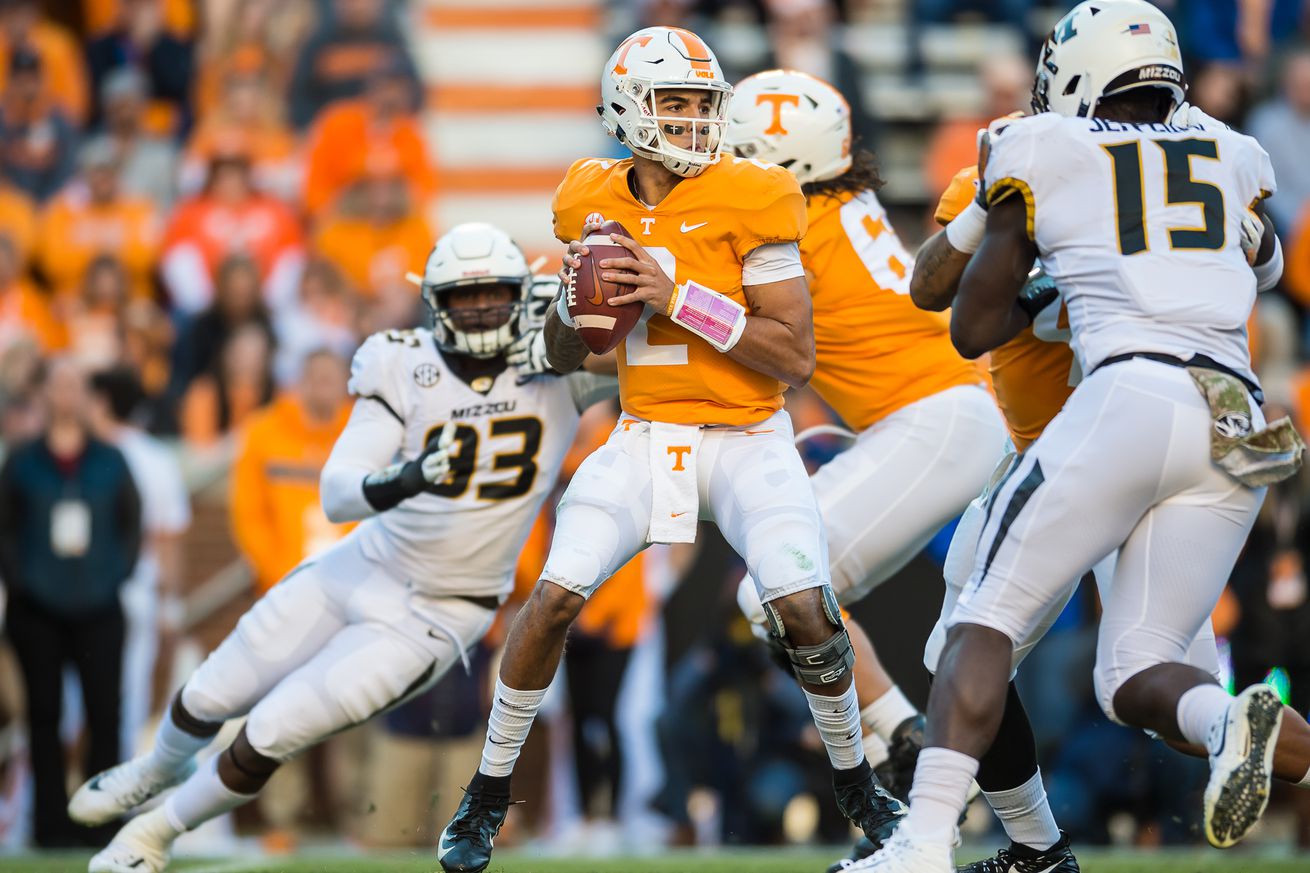 The Tennessee Volunteers passed their first road test of the 2020 season, now they get to return home to face a rebuilding Missouri team. The Tigers, now led by Eli Drinkwitz, lost their opener to Alabama on Saturday night. The Crimson Tide established a 35-6 lead before taking their foot off the gas and letting some younger players get involved.

Tennessee held on against South Carolina, despite a strong upset bid from the Gamecocks. The Volunteers were missing multiple starters on defense, but found a way to win late — a habit that they formed to close the 2019 season.

Now with seven straight wins, Tennessee welcomes Missouri for their home opener in Neyland Stadium. The oddsmakers out in Vegas like the Vols here in a fairly large way. Tennessee opened as a 13 point favorite over Missouri, but that number has since come down to 10 in some places.

The week will be headlined by the annual meeting between Georgia and Auburn, where the Bulldogs currently sit as a touchdown favorite.

Look for our weekly picks on Friday morning for all the SEC matchups. I’ll be looking to build on my 6-1 mark against the spread from week one, while the rest of the staff tries to keep up.

Tennessee and Missouri will kick off at noon ET on SEC Network this Saturday.