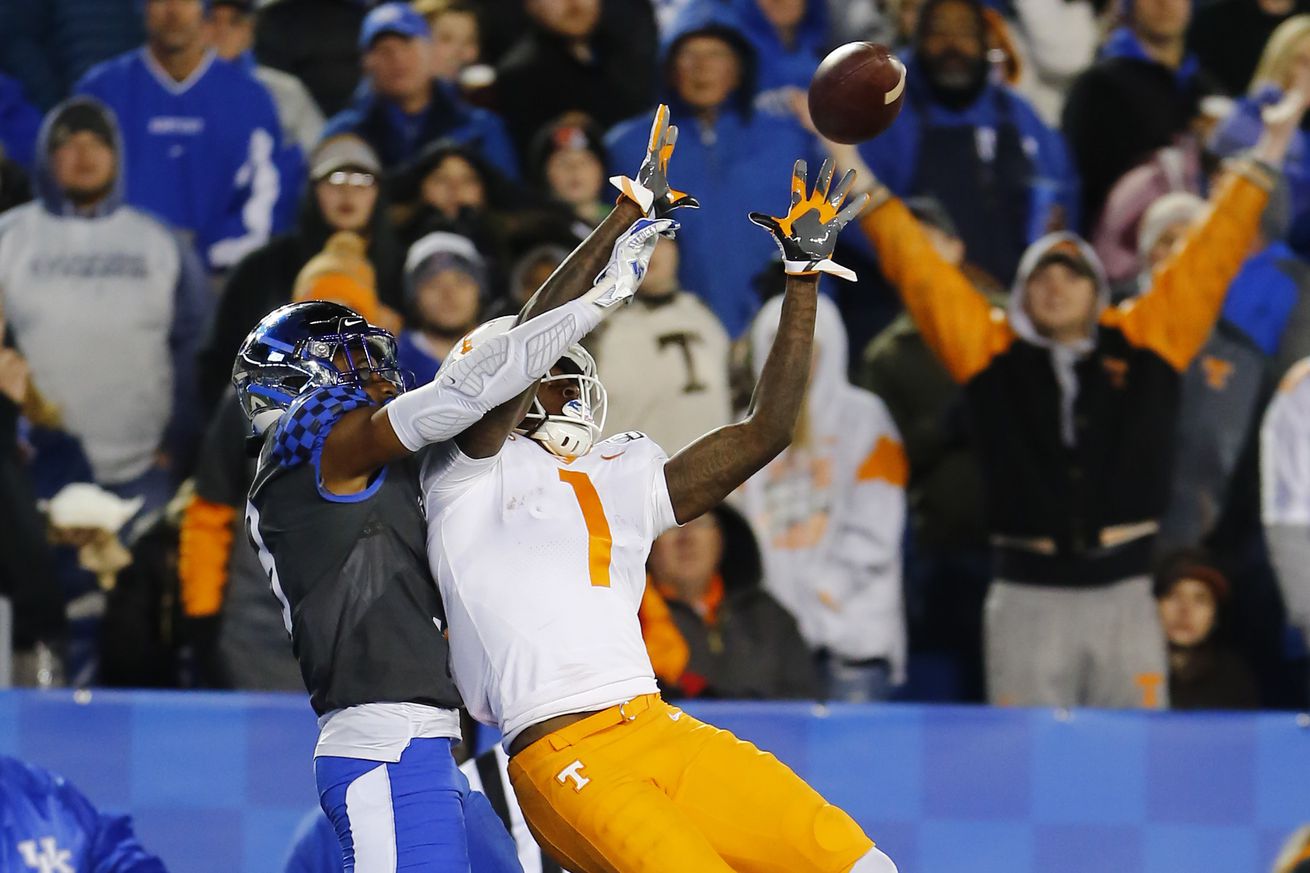 But Vegas thinks it’ll be close.

Tennessee moves on after a loss to Georgia to face Kentucky on Saturday at Neyland Stadium. Mark Stoops’ Wildcats had a cold start to the 2020 season, dropping games to Auburn and Ole Miss to open the year. However, Kentucky rebounded in a big way on Saturday, beating Mississippi State to the tune of 24-2.

This will be the earliest these two programs will meet since 1909, where they played on October 16th. The traditional November matchup was pushed up this season with the SEC moving to an all-conference slate. Tennessee leads the all-time series with Kentucky to the tune of 81-25-9. The Volunteers haven’t lost to Kentucky in Neyland Stadium since 1984.

How will Tennessee respond after a second half implosion in Athens on Saturday? That’s the big mystery. Vegas thinks this one will be close, but currently favors the Volunteers by six points entering the week of the game. The total has been set at 49.5.

Kentucky’s strength comes on the defensive side of the ball, currently ranked 23rd in yards surrendered per game. Tennessee ranks 31st in that same category. Both teams will want to keep the ball on the ground and control the line of scrimmage, which makes that total seem a little high to open.

We’ll have much more on this game as the week rolls on.

Tennessee and Kentucky are slated for a noon ET kickoff on SEC Network.